China is home to one of the world's oldest civilizations. With a history of dynasties and city-states, this cultural hub of Asian invention flaunts a number of 'firsts', including the invention of paper, kite and the compass. 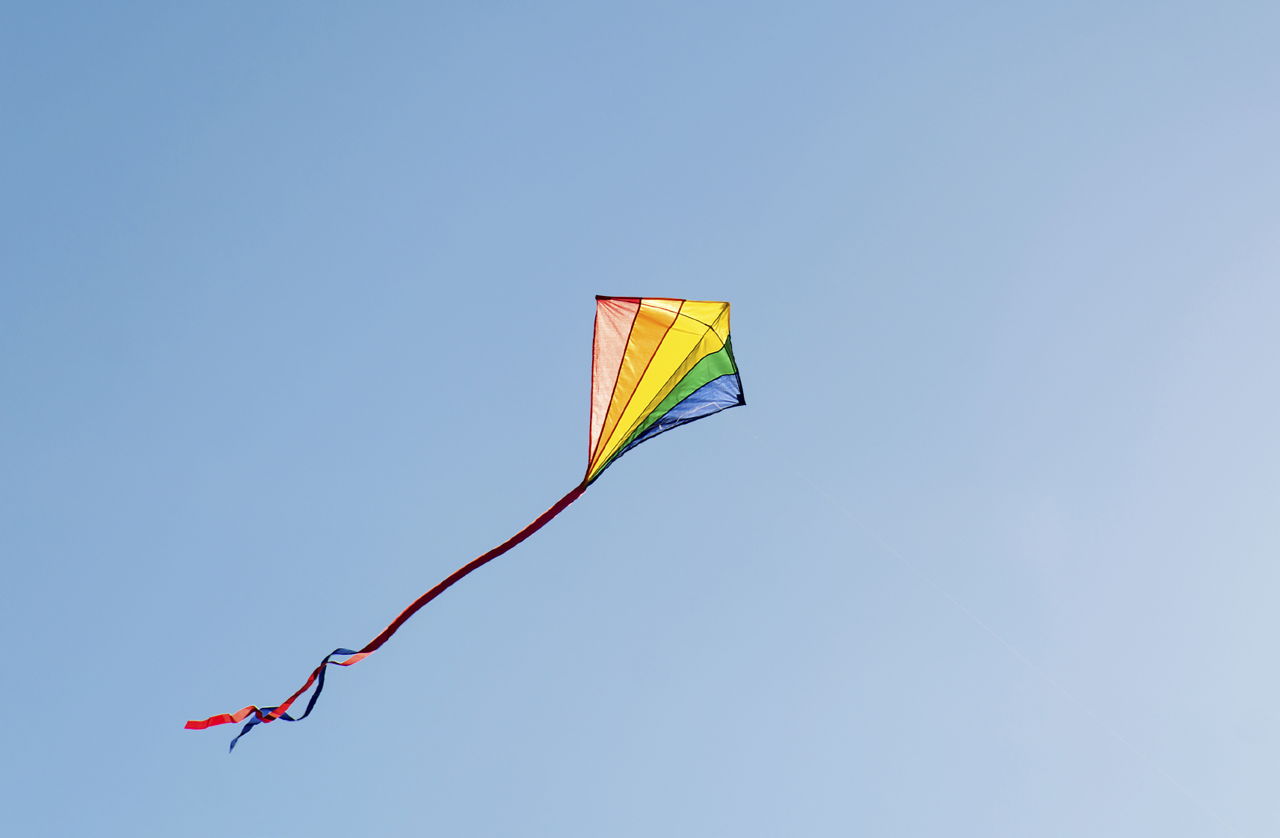 China is home to one of the world’s oldest civilizations. With a history of dynasties and city-states, this cultural hub of Asian invention flaunts a number of ‘firsts’, including the invention of paper, kite and the compass. 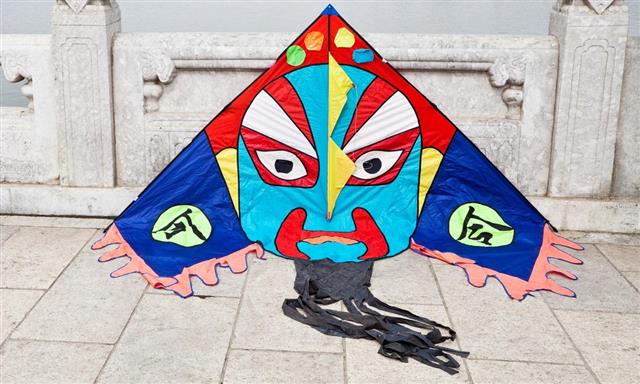 China has a cultural history that dates back to more than six millenniums. It cradles the world’s oldest written language system and the secrets to four greatest inventions of the modern world: paper, gunpowder, the compass and the art of printing. Beyond these, China has influenced cultural spheres beyond East Asia, spanning all five continents. Chinese food, religions, astrology and customs share a common place worldwide. This dwelling of the Peking Man, approximately 550,000 years ago, is now a widely recognized economic and cultural influence.

The earliest mention of a kite in ancient China dates back to the 5th century BC. This cultural symbol earned a mention in the ancient Mozi text documented by the Chinese philosopher and engineer Lu Ban. Interestingly, he mentions ‘a wooden bird that remained in flight for three days’. The description goes on to specify the use of the Chinese kite as a rescue signal, when the city-state of Nanjing was seized by Hou Jing.

All through the reign of Emperor Wu of Liang and those of Tang and Jin Dynasty monarchs, accounts of kite-flying for military signaling and as a pastime have been documented. The earlier versions of the Chinese kite are immortalized in the murals of Dunhuang and Song and Ming texts. The history of Chinese kites spans across thousands of years, surviving through a well-developed literary tradition.

In the era between 770 and 221 BC, Chinese kites were actually wooden constructions called ‘muyuan’. They were primarily invented in the province of Shandong for military purposes. The kites took on a more elaborate design during the Chu-Han War (203-202 BC), to spy on enemy positions and deliver urgent messages. During the rule of the Tang Dynasty (618-907 AD), kites were made from lighter materials such as bamboo, silk and paper, for aesthetic appeal and to herald in the Chinese New Year.

The Chinese went on to develop the musical kites which were fitted with bamboo pipes that would sound random musical notes as the wind gathered momentum. The comparison of this kite design to the zheng, a stringed instrument, is responsible for the common use of the word ‘fengzheng’ for kite throughout China. Silk-covered kites that flaunted beautiful hand-painted designs and those carrying ornate accessories soon became a common sight in China and subsequently the rest of Asia.

Today, kite-flying is a seasonal activity in China. Vibrantly colored kites herald spring and the New Year. Chinese culture is rife with beliefs and superstitions, that relate to kites and the act of kite-flying. It is believed that letting go of the kite string spells, riddance of back luck or illness, while picking up one lost by someone ushers in bad luck!

There are large kite flying festivals held throughout the region, when kite makers would show off their skill. The Chinese Dragon kites are very popular, along with other designs that emulate birds and other mythical beasts. Chinese kites are now made with silk draped over a split bamboo frame. Clever hinge designs and concealed latches allow large kites to be disassembled. Modern Chinese kites are also designed with printed polyester over delicate metal wire frames, decorated with spin-socks, spinners and streamers for additional visual appeal. 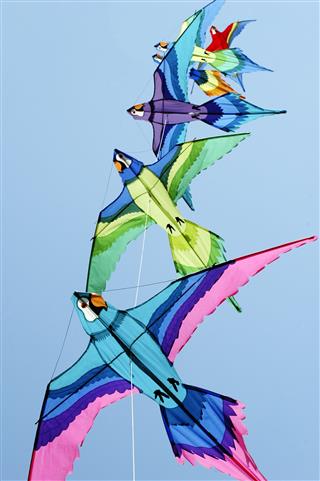 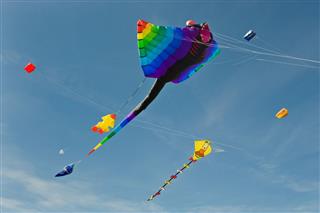 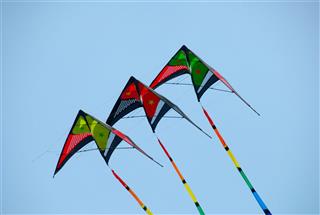 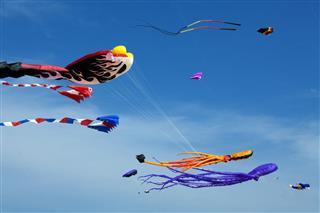 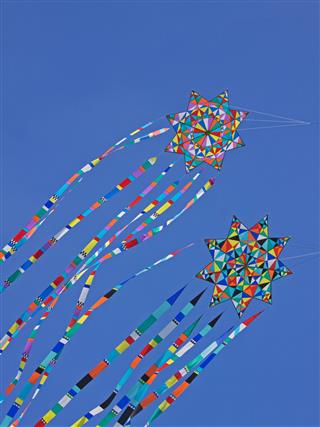 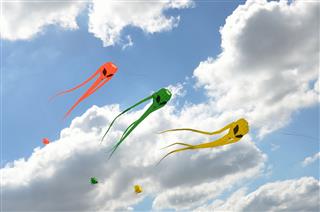 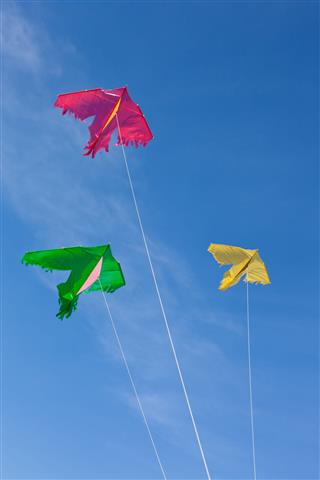 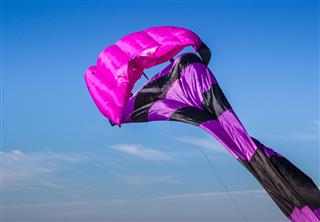 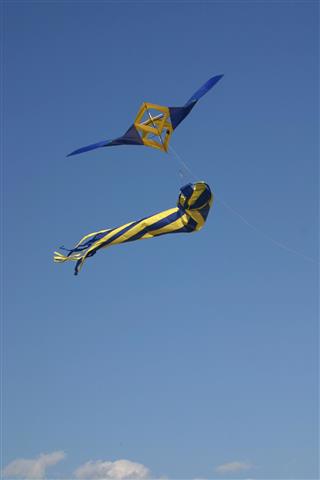 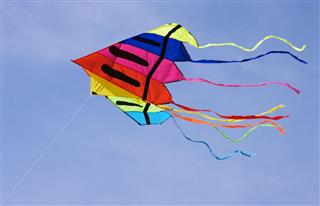 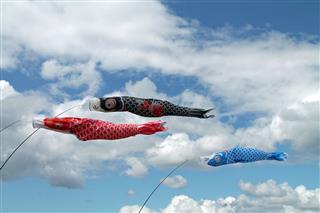 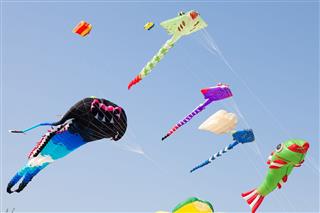 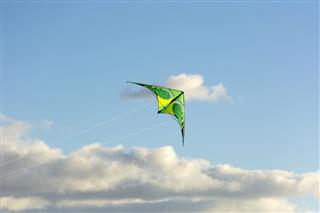 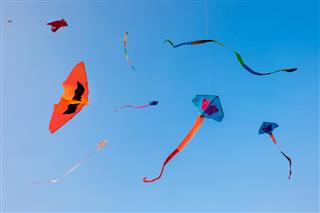