The 'Sonderkommando' (meaning 'Special Forces' in German) were eventually gassed themselves, but suffered less -- and lesser -- atrocities compared to the regular inmates. The Holocaust was a planned genocide of European Jews, brought about by the Adolf Hitler-led Nazi Germany. It was termed as the 'Final Solution to the Jew Question'.

The ‘Sonderkommando’ (meaning ‘Special Forces’ in German) were eventually gassed themselves, but suffered less — and lesser — atrocities compared to the regular inmates. The Holocaust was a planned genocide of European Jews, brought about by the Adolf Hitler-led Nazi Germany. It was termed as the ‘Final Solution to the Jew Question’. 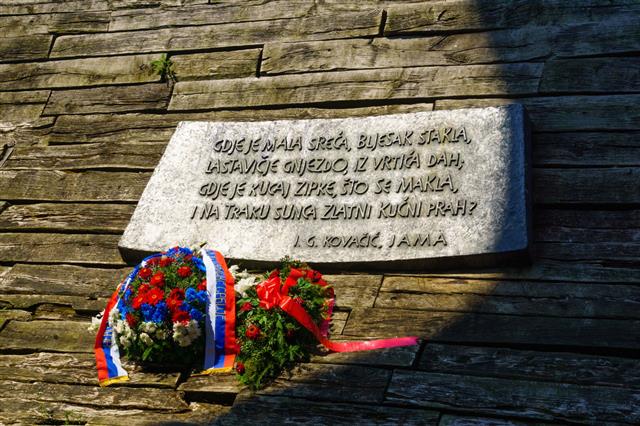 The Holocaust is integrally related to the Second World War. It was Hitler’s desire to wipe out the Jew race from the face of the earth that led to his invasion of Poland, and the consequent war. Information about the Holocaust permeated outside Germany only after the Second World War, the grisly reports shocking an unsuspecting world beyond belief.

Anti-semitism in Europe didn’t start with Adolf Hitler and his dream of creating a ‘pure’ Aryan society. However, the terrifying extent to which Hitler pursued his misguided dreams of the superiority of the Aryan race ensured that his is the name most notorious. The supposed superiority of the Aryan race was the base of Hitler’s desire for world domination, his wish to rid an Aryan Germany from ‘inferior’ races the cause of the largest genocide the world has ever seen — the Holocaust.

Hitler’s anti-semitic mindset stemmed from the belief that German Jewry was responsible for Germany’s loss in the First World War. He believed that the elimination of the Jews was vital if the ‘pure’ Aryan race was to thrive. Many Germans of the period held the Jews responsible for Germany’s loss in WWI. Hitler manipulated this deep-seated belief to incite the German population against its own Jewish component.

► 6 million European Jews were killed in the Holocaust. This equated to a shocking two-thirds of the total European population of 9 million.

► Jewish children were targeted with extra zest, since they presented the ‘risk’ of parenting a whole new generation of Jews.

► Although most only count the Jews among the victims of the Holocaust, almost 5 million people of varying races, such as the Roma, were killed by the Nazis along with the Jews.

► Beggars, disabled and homosexual people were also killed with the intention of purifying the German society.

► Many types of human experimentation was performed in concentration camps, including sewing two individuals together to create the appearance of Siamese twins, and attempting to change the color of the inmates’ eyes by injecting chemicals. Josef Mengele was in charge of these procedures. Most of these surgeries were done without anesthesia! Most of Mengele’s subjects died from the experiments; those who survived were executed.

How Did It Start?

► Jew oppression in Nazi Germany began in 1933, when all Jewish-run businesses were boycotted.

► Hitler used the media to his advantage, producing several state-sponsored propaganda films maligning the Jews. On the other hand, there was no effort from the Jews to respond to such defamation.

► The state-sponsored anti-semitism continued unabated; Jews were later (1935) forbidden from marrying an Aryan, in order to ‘preserve the purity of the Aryan blood’.

► The assassination of Nazi official Ernst Vom Rath in November 1938 by Jewish minor Herschel Grynszpan gave the Nazis an excuse to initiate attacks on Jewish people and property all over Germany. Although these attacks, riots and looting were backed by Nazi officials, they were made to look like spontaneous incidences borne of public indignation. 30,000 Jews were sent to concentration camps, and 91 (official count) were killed. This pogrom is called Kristallnacht (crystal night).

► The methods of transportation were in no way dignified; the prisoners were carried in cattle carts, often without adequate ventilation or even enough room.

► At first, gassing was not the primary method of mass murder. Death squads used to accompany German forces into conquered territory, and round up and execute groups of Jews and gypsies. In extermination centers, the victims would simply be lined up and shot.

► One of Hitler’s most trusted Generals Heinrich Himmler was in charge of the extermination of Jews. When he watched the mass shooting of 100 Jews for the first time even he couldn’t bear the sight, and vomited. Afterwards he gave instructions to find alternate methods of mass murder.

► Carbon monoxide was the gas first used in Nazi gassing rooms. Later, it was replaced by Zyklon-B, a hydrogen cyanide-based pesticide. After the end of WWII, the manufacturers of Zyklon-B were tried for crimes against humanity and one, Bruno Tesch, was executed in 1946.

► The extermination center of Auschwitz saw the most number of deaths — 1-1.5 million. At the height of its function, Auschwitz could oversee 9000 deaths in a day!

► The Holocaust victims often had no idea about the fate that awaited them. They were told that they were being led to disinfection chambers to get rid of lice.

► The personal belongings of the victims were piled up, sometimes burned. Rings and other such items (see image) were collected. Hair cut from the victims was used in a variety of applications, such as making socks for army personnel, ignition mechanisms, thread etc.

► The ‘extermination’ aspect of the Nazi death camps was kept under wraps. Very few outside Nazi Germany knew about the existence about these camps until c. 1942, and even then, few believed it to be true. Some, ironically, thought that the rumors about the Nazi extermination camps were war propaganda by the underground Polish resistance!

► In late 1944, several concentration camps in the Eastern region had to be closed due to the advancement of Soviet forces. The inmates in these camps were forced to march distances of several miles, in snow, to board rail carriages to other camps. These marches and the open, unprotected rail carriages claimed many more victims.

► Famous Holocaust survivor Elie Wiesel was in a march that went on for 56 km, and took nearly 15,000 lives.

► The Russian forces discovered and liberated several concentration camps, chief among which were Chelmno and Auschwitz, liberated on January 20 and 27, 1945, respectively. Many camps on the Western front were liberated by the British or the Americans. The adjoining image shows a rescued prisoner.

► While fleeing from the concentration camps, the Nazi armies destroyed many gas chambers and crematoriums, and hurriedly cremated several previously neglected bodies, which had to be dug up.

Several researchers and historians have stated their disbelief in the notion that the Holocaust actually took place. Denial of the Holocaust is particularly strong in the Middle East, where anti-Israel (and thus, anti-semitic) agenda is already very high in the collective mind of the powers that be. Virtually all political leaders in the Middle East deny the occurrence of the Holocaust, and some even claim that it was a Jewish plot for the advancement of their own society.

However, the credibility of these critics and cynics is often suspect. The arguments and the ‘proof’ put forth by Holocaust deniers is, more often than not, ‘worked backwards’ in order to find some mite of evidence for a predetermined conclusion. I.e., rather than work towards discovering the conclusion through the evidence, Holocaust deniers look to discover the evidence than can be used to give credence to their own, predetermined conclusion. Holocaust deniers are steadfast in their disbelief of the genocide even in the face of official facts, an overwhelming majority of historians, and even some former Nazi officials (who were posted at the concentration/extermination camps) stating otherwise.

Holocaust denial is now seen as an anti-semitic conspiracy and is illegal in 17 countries, including Germany, Israel, Poland and Austria.