History of the First American Flag

One aspect on which the first American flag history is hotly debated is the one that deals with, who designed the first American flag. While some believe that it was a Philadelphia seamstress, Ms. Betsy Ross, there is strong evidence pointing towards Francis Hopkinson, the signer of the Declaration of Independence. 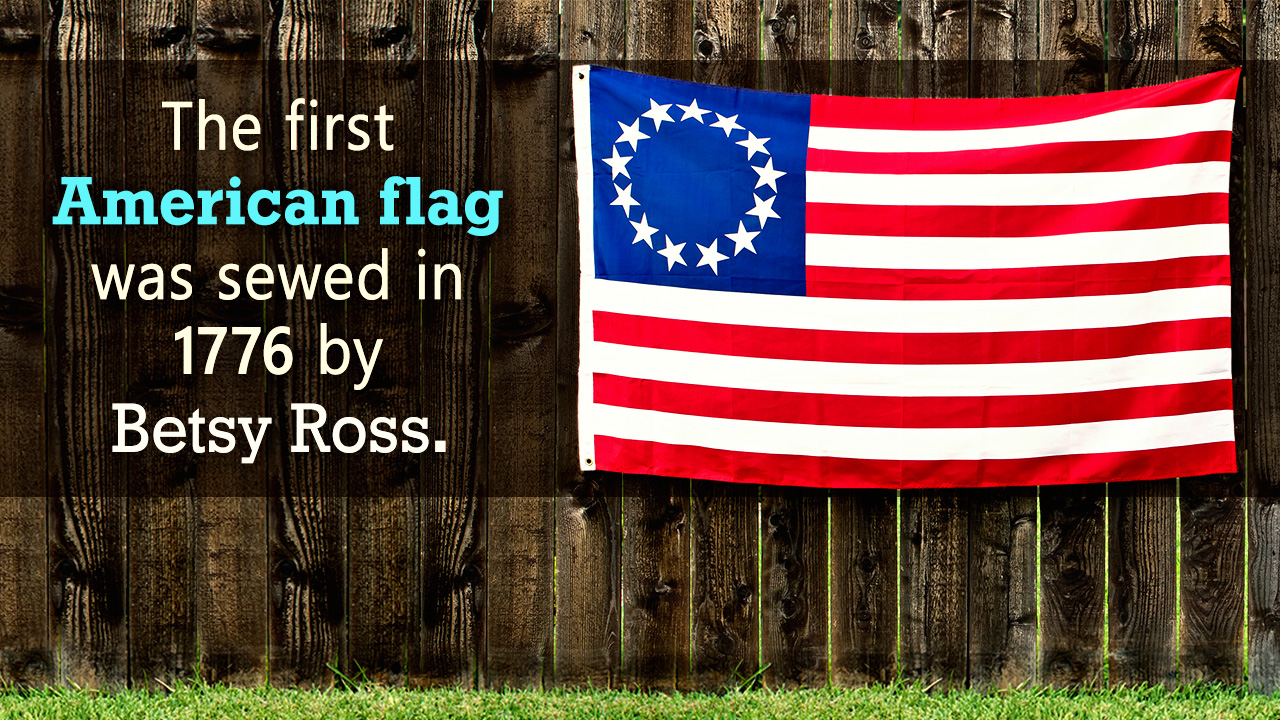 One aspect on which the first American flag history is hotly debated is the one that deals with, who designed the first American flag. While some believe that it was a Philadelphia seamstress, Ms. Betsy Ross, there is strong evidence pointing towards Francis Hopkinson, the signer of the Declaration of Independence. 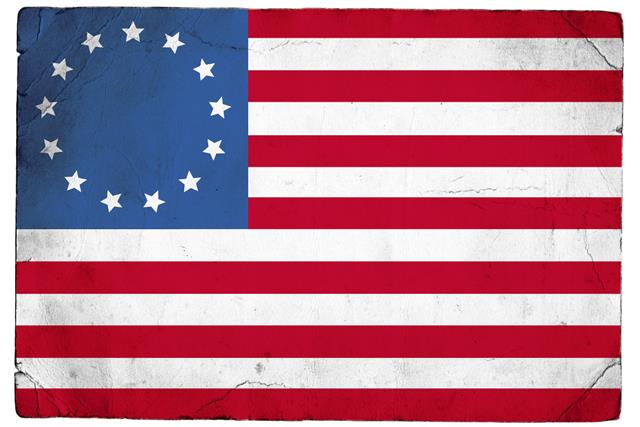 The flag of America is more than being a just symbol of the country. In its design of stars and stripes, the American Flag embodies the spirit of a country that rose for its rights and declared independence from the British empire. The history of the American flag is quite intriguing. Right since it was adopted by the union of 13 states till the present one with 50 stars that came into existence on July 4, 1960, the American flag has been changed 27 times! But which was the first American Flag? History has it that the first American flag was sewn by Betsy Ross, a seamstress. But lack of official document shrouds the veracity of this argument.

The Grand Union Flag is believed to be the first American flag. However, it was never officially accepted as the national flag of America. This flag had 13 alternating red and white stripes with British Union Jack in the canton. It is believed that the grand Union flag was inspired by the flag of the British East India Company. This flag was used by George Washington during the early years of the American Revolution. Margaret Manny is credited with creating this flag.

It is believed that George Washington personally knew Betsy Ross and was conversant with her skills with needle and thread. Legend has it that in May 1776, George Washington, the then leader of the Continental Army and two other representatives of the Continental Committee, Robert Morris, and Col. George Ross (a relative of Betsy’s late husband), visited Ross’ upholstery store carrying the sketch of the American flag.

It is believed that the original design of the flag had six point stars. However, when Betsy Ross demonstrated that how easily a five point star could be cut with a single snip of the scissors, provided the cloth was folded properly, the men were impressed. The result was that instead of six points, the stars in the American flag were now to have five points. The role of Betsy Ross came to light about 94 years after this incident when her grandson William Canby mentioned her role in crafting the first American flag in a speech given at the Philadelphia Historical Society in March 1870.

This design of the flag got official status in the Flag Resolution of 1777. This resolution was passed by the Marine Committee of the Second Continental Congress on June 14, 1777. The resolution stated: “Resolved, That the flag of the United States be thirteen stripes, alternate red and white; that the union be thirteen stars, white in a blue field, representing a new Constellation.” Hence, the flag design comprised thirteen alternating red and white stripes with a circle of thirteen stars representing the thirteen colonies on a bed of hemp, the material the first American flag was made out of. The circle of stars was borne on a blue canton.

For long the answer to the question ‘ who sewed the first American flag?’ was taken to be Betsy Ross. Also when asked ‘ who designed the flag?’ most Americans would reply ‘Betsy Ross’! However, historians and flag experts lay serious doubts on the role of Betsy Ross in either designing or stitching the first American flag. Her role in the flag history receives a beating on the following grounds:

However, the Betsy Ross’ story gets some credibility from the fact that Rachel Fletcher, daughter of Betsy Ross gave a sworn affidavit of the role of her mother in the first American flag history. Also the fact that Col. Ross was related to Betsy’s husband could substantiate she being chosen to sew the flag. Thirdly, a painting by Elly Wheeler depicts Betsy Ross sewing the famous flag.

Who Designed the First American Flag?

Though the role of Betsy Ross in sewing the flag may get some credibility, her involvement in designing it is limited to just the fact that she altered the six point stars to those with five points. She seemed to have suggested this change just for her convenience because it was easier to cut a star with five points than one with six.

So evidence strongly point towards Francis Hopkinson who signed the Declaration of Independence. He was a Congressman of New Jersey, a lawyer, poet, artist and a true patriot. Hopkinson is said to have written a letter to the Board of Admiralty in 1780 claiming that he had designed the first American flag. At the time, the Flag Resolution was adopted, he was the Chairman of the Continental Navy Board’s Middle Department.

It is believed that he drew on the design sometime between his appointment to the post in November 1776 and the adoption of the Flag Resolution in June 1777. He also asked for some payment or compensation for having designed the flag and other symbols. However, his plea had been rejected as he was considered a civil servant who had already received monetary payments for his services in the form of salary.