Significance, Causes, and Effects of the Haymarket Square Riot

The Chicago police attacked a peaceful demonstration by workers at McCormick Reaper Plant on May 3, 1886. This called for a labor protest meeting, which was held at the Haymarket Square. This Historyplex article explains how that meeting changed into the Haymarket Square Riot.

The Chicago police attacked a peaceful demonstration by workers at McCormick Reaper Plant on May 3, 1886. This called for a labor protest meeting, which was held at the Haymarket Square. This Historyplex article explains how that meeting changed into the Haymarket Square Riot. 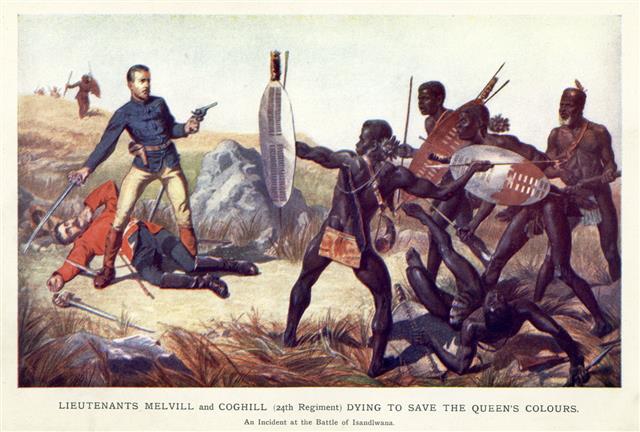 Many of the accused who were tried after the riots were not even present at the Haymarket assembly, but were arrested just because they organized the unions.

After the Depression of the 1870s, industrial production began to flourish in the United States. Chicago was a major center of industrial activity, and also home to many German immigrants. Given such a huge workforce, Chicago also saw the development of groups and unions demanding better working conditions. The ‘Knights of Labor’ was a favored union with a membership reaching around 700,000 by the year 1886. Some socialist and anarchist organizations were active too. Their leaders included August Spies, Albert Parsons, and Samuel Fielden.

Significance of the Haymarket Riot

The labor unions and the movement for the rights of industrial workers were gaining momentum during the 1880s. The incident, also known as the Haymarket Massacre or Haymarket Affair, is considered to be an important landmark in the history of the labor movement, not just in the United States, but the world over. This period is characterized by the prominent eight-hour day movement, which pushed for ‘eight hours for work, eight hours for recreation, and eight hours for rest’.

The International Labor Day, celebrated on the first day of May each year, is a date declared by the Second International in 1889 to commemorate the Haymarket Affair.

On May 4, 1886, labor unions had called for a protest meeting against the police attacks on workers during a strike the earlier day. Nearing the end of this meet, the police tried to disperse the meeting when many protesters had already left. At this point, an unknown person threw a dynamite bomb at the police. The bomb blast, followed by firing from the police, resulted in deaths of four workers and seven policemen, leaving over hundred injured.

Federation of Organized Trades and Labor Unions had, in an 1884 convention, decided May 1, 1886 to be the day when the movement for eight-hour day across the nation would commence. All the labor unions, affirming the eight-hour day demand, geared up for a general strike on this day. On May 1, Chicago saw the maximum number of workers going on strike, with this number reaching over 300,000 across the entire country.

Soon after that, workers assembled at the McCormick Harvesting Machine Company at Western and Blue Island Avenues on May 3. The strike was carried forward in a non-violent manner, until the evening. After the end of the workday, some workers went towards the gates of the company to confront the strikebreakers. The police intervened to protect the strikebreakers and strikers, leading to firing upon the crowd. Two workers were killed, and many were wounded. To protest against this brutal attack of the police, the unions agreed to organize a ‘protest meeting’ at the Haymarket Square the next day.

The anarchist leaders responded rapidly by printing fliers in English and German, appealing to the workers to come prepared for a Mass-Meeting. The flier said,

“Good Speakers will be present to denounce the latest atrocious act of the police, the shooting of our fellow-workmen yesterday afternoon.”

On May 4, the then Mayor of Chicago, Carter Harrison, himself attended as an observer, and had declared the meet to be peaceful. As it was drizzling, much of the crowd had already returned. During one of the last speeches, by Samuel Fielden, the police suddenly ordered the crowd to disperse. As the police reached closer, a person, unknown till date, hurled a handmade dynamite bomb at them. A confrontation between the protesters and the police led to several fatalities, killing both policemen and civilians in the process.

After the Haymarket riot, a gradual repression of the labor movement came about. People lost trust in the worker’s associations and the campaign. Most of the German immigrants and Bohemians, rather the labor community at large, was looked at with suspicion. Also, businessmen showed a lot of support for the police. The American labor movement, in general, received a setback due to the riot, also weakening the struggle for the eight-hour day demand.

Several suspects, including the speakers at the protest, were arrested. The blame for the riot was put entirely on the anarchists and the labor organizations. Some leaders and their newspaper offices were searched and raided by the police. The trials were accused to be concluded in a biased manner. The sentences of Samuel Fielden and Michael Schwab (assistant editor to August Spies) were commuted by Illinois Governor Richard James Oglesby to life in prison on November 10. 1887. The next day, on November 11, George Engel (believed to be at home during the riot), Adolph Fischer (type setter of the newspaper ‘Arbeiter Zeitung’, August Spies, and Albert Parsons were executed.

International Labor Day, observed on May 1 every year, has been adopted by several nations, including Britain and Israel, who have more recently made it a public holiday. This was a suggestion by a delegate from the American Federation of Labor at the 1889 labor conference in Paris.