Civil disobedience has been a popular form of protest against the Government in nations all over the world since decades. Historyplex gives you some historical as well as recent examples of civil disobedience.

Civil disobedience has been a popular form of protest against the Government in nations all over the world since decades. Historyplex gives you some historical as well as recent examples of civil disobedience.

“Disobedience is the true foundation of liberty. The obedient must be slaves.”
― Henry David Thoreau

It is very likely that you have come across the term, ‘civil disobedience’, quite a lot of times. While most of us do vaguely know what it is, we’re here to give you a few historical and recent examples of civil disobedience so as to make the concept clearer. The Merriam-Webster Dictionary defines civil disobedience as, “refusal to obey laws as a way of forcing the government to do or change something.”

Civil disobedience is a popular form of protest all over the world. When practicing civil disobedience, the masses taking part generally resist against a particular governmental action, decision, policy, or even refuse to accept an international power taking control, as was observed in the case of India and the Indian Freedom Struggle. Civil disobedience can be violent or non-violent, depending upon the situation. History tells us the tales of both kinds of civil disobedience.

Apart from the classification based upon violence, civil disobedience is categorized into three basic types―

Policy-based: That’s where there is refusal to follow laws or policies that the masses seem to think are dangerous in practice.

Justice-based: It is where a group tends to resist any unfair laws or policies that are denying them their deserved rights.

Integrity-based: It is the disobedience when someone or a group of people feel that a certain law, policy, or decision taken by the government is immoral.

Civil disobedience can be carried out in the form of protest rallies, street demonstrations, strikes, occupying forbidden places, boycotting certain goods or services, etc. Undoubtedly, any protest against the government is likely to cause a clash between the authorities (like the police) and those protesting. Hence, most of the protestants are trained in advance about what they are to expect, what to do if the police attack, etc. Many are prepared to get beaten, arrested or even seriously hurt than giving up on their cause.

Civil disobedience has been observed in some form or the other since centuries. In a play by the legendary Greek playwright Sophocles, his heroine, Antigone speaks about how her conscience is much more important than the law the king has set, when she defies his laws that prevent her from giving her brother an appropriate burial. Resisting the king’s laws eventually earns her death, but she prefers that over going against her own conscience. In the play, her defying the king’s laws is a form of civil disobedience.

American author Henry David Thoreau wrote a landmark essay titled Resistance to Civil Government in 1848 that further inspired several famous civil rights activists such as Martin Luther King Jr., among others. His essay advocated the refusal to pay taxes as a protest against slavery and the Mexican-American war. Before Thoreau’s essay, English poet P. B. Shelley wrote a political poem titled The Mask of Anarchy in 1819, that highlighted the unjust advantage taken by the authorities at that time, and pictured a new kind of revolution that would protest against this injustice. His poem, which has influenced activists such as Mahatma Gandhi, is probably the first modern depiction of non-violent protest.

Civil disobedience has to a large extent changed the face of many countries. The following section cites some famous historical examples of civil disobedience, both from American history as well as from world history.

This is perhaps the first known instance of civil disobedience. The Peasants’ Revolt of 1381, also known as Wat Tyler’s rebellion, was an uprising against the high taxes and other socio-political and economic tensions that were prevalent in England at that time. Though it turned violent eventually, it was nevertheless a protest by the people against the royalty. The uprising resulted in doing away with the concept of serfdom. (Serfs were agricultural laborers bound by their feudal lords.)

The Boston Tea Party is one of the key events leading to the American Revolution, and is also a major example of civil disobedience. American colonists, outraged with the British government’s Tea Act of 1773, protested by dumping tea bricks from hundreds of crates overboard from ships at the Boston harbor. For weeks, the water kept depositing the dumped tea on the Boston shores. This event also led to the social boycotting of tea as a beverage. This famous incident eventually led to the American revolution and the American War of Independence, that earned the country its freedom from British rule.

The Salt March of 1930, led by Mahatma Gandhi in India, is perhaps the biggest act of non-violent civil disobedience in history. India, then under British rule, was forbidden from domestic sale or collection of salt, which was an important ingredient in the staple diet of everyone in the country. The only way of acquiring salt was buying it from the British themselves, who not only established a monopoly, but also charged exorbitant taxes that hit the poor hard. Mahatma Gandhi led a 241-mile protest march which ended in defying the British law. Mahatma Gandhi and over 50,000 of his followers were arrested, but this non-violent civil disobedience was an important landmark in India’s freedom struggle.

Inspired by Mahatma Gandhi’s non-violent resistance against the British government, activist Martin Luther King Jr. made civil disobedience the distinguishing feature of the Civil Rights Movement in America. He organized and led peaceful protest marches for the blacks’ right to vote, labor rights, protests against segregation, and other civil rights. Most of these protests were successful in embedding these rights into the American laws.

In 1955, Rosa Parks, an African-American activist, refused to give up her seat in the bus for a white passenger, which sparked off a major civil disobedience movement that played a significant role in the American Civil Rights Movement. In the 1950s-1960s, segregation was rampant in the United States, especially in the South. Through her resistance against social segregation, Rosa Parks rightly earned international recognition for speaking up against racial injustice. Rosa Parks and Martin Luther King Jr. among others, collaborated and acted to give new strength to the Civil Rights Movement.

In Vietnam, in 1963, a Buddhist monk named Thích Quảng Đức burned himself alive on a busy street in Saigon, Vietnam as a protest against religious inequality in the country. His martyrdom grabbed international attention, and American president John F. Kennedy was known to remark, “No news picture in history has generated so much emotion around the world as that one. (referring to a picture of the event.) Despite not having immediate effect, the act of protest by Thích Quảng Đức led to many other monks doing the same, and the infamous government led by Ngô Đình Diệm was overthrown by a military coup which also resulted in his assassination. This form of disobedience created a lot of pressure on the government, forcing it to reconsider its policies.

Till a few decades ago, South Africa had apartheid rule: rule that stressed on racial segregation through the legislation. South African leaders frequently used civil disobedience as a method to protest against the unfair governmental rule in the country. The Cape Town Peace March of 1989 was organized by both black and white religious leaders for peace, and against apartheid rule. It sparked off further marches in South Africa, and eventually, led to the removal of the ban on the African National Congress, and the freeing of Nelson Mandela from prison.

The Poll Tax Riots of 1990 was a campaign against the poll tax introduced by the government in England. About 2,00,000 people took part in the riots, with the largest protest being held in Central London on March 31, 1990. The authorities could not curb the protestants, who looted and squandered the city till dawn of the next day. The riots resulted in prime minister Margaret Thatcher resigning that same year, and the abolishment of the poll tax by her successor.

Hundreds of Tibetans have been protesting against the exile of their leader, the Dalai Lama, as well as for the independence of Tibet. Protests in Tibet have been observed in various forms, ranging from peaceful protest marches to grisly self-immolation, (burning oneself alive). These actions are certainly diverting international support and attention towards the plight of Tibet and its people.

The arrest of over 300 people protesting against the Keystone XL pipeline project is one of the more recent events of civil disobedience in the United States. Demonstrators against the idea of the project marched from Georgetown University, to the White House with chants that protested against the project. The protestants explained why they were against the Keystone XL pipeline, and as people were arrested by the police for ‘blocking the sidewalk’, there was no violence from either side. The protestants were later fined and freed.

Civil disobedience has also been observed against anti-abortion policies, for the rights of the homosexual community, animal rights, gender equality, etc.

As we have seen from all the ten examples mentioned above, civil disobedience is certainly an effective tool to fight injustice, for most of the time. The main point of civil
disobedience is not violence, or non-violence. Instead, it is to divert attention to an important issue that would otherwise stay neglected. Civil disobedience has been, and will always be a significant tool for fighting against injustice as opposed to violence. The world needs more of peaceful protests than murder, and fighting injustice with violence would always only defeat the purpose of the protest. As Mahatma Gandhi very correctly said, “Non-violence is the greatest force at the disposal of mankind. It is mightier than the mightiest weapon of destruction devised by the ingenuity of man.“ 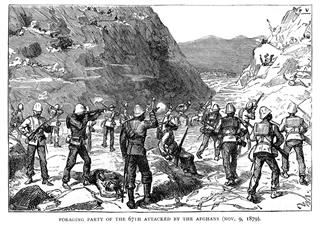 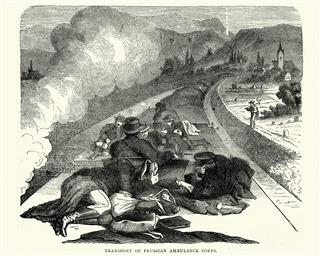 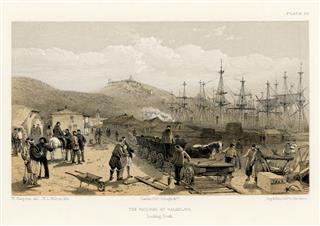 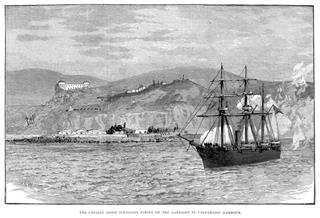