Do You Know the Historical Significance of the Price Revolution?

The sudden increase in the rate of inflation between the 15th and 17th century in western Europe is commonly known as the price revolution. In this Historyplex article, we will look at the causes and effects of this phenomenon, and its historical significance toward trade and economics across the world.

Home / Uncategorized / Do You Know the Historical Significance of the Price Revolution? 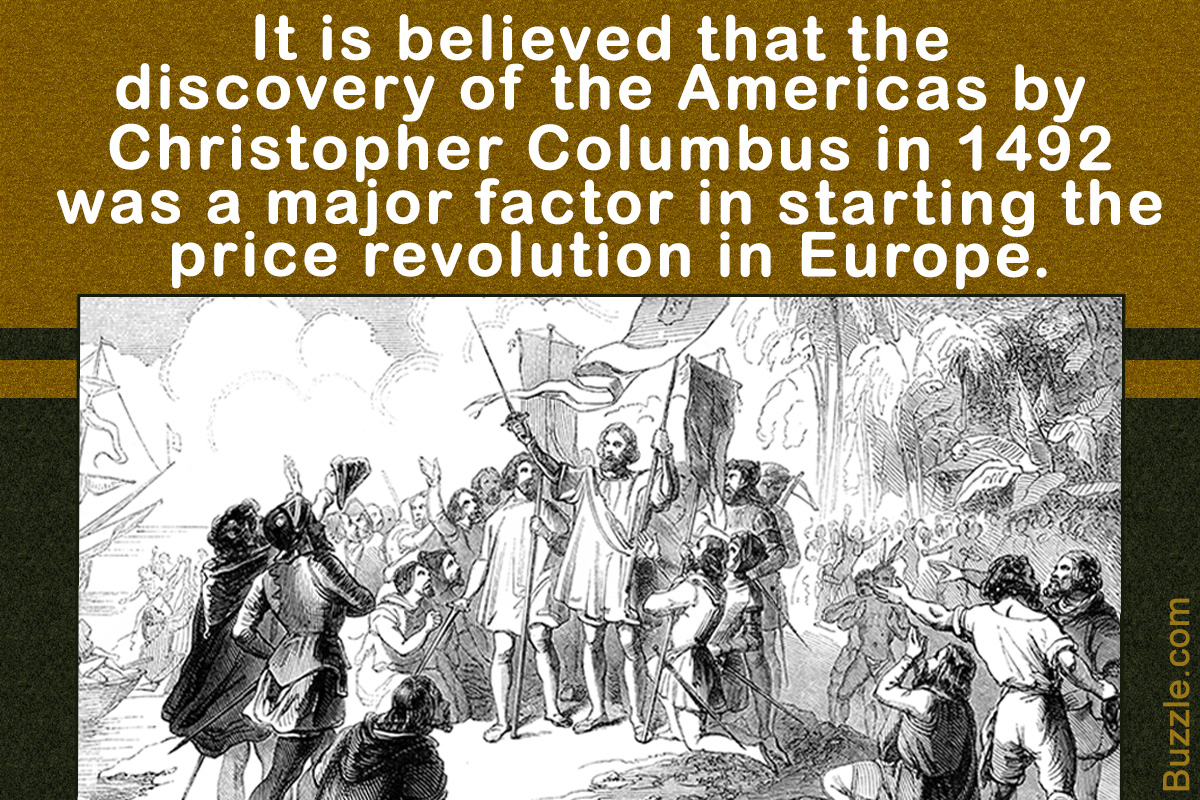 The sudden increase in the rate of inflation between the 15th and 17th century in western Europe is commonly known as the price revolution. In this Historyplex article, we will look at the causes and effects of this phenomenon, and its historical significance toward trade and economics across the world.

The definition of the price revolution refers to the period between the 15th and 17th century in western Europe, where the high rate of inflation caused the prices of most commodities to increase around six times the original level, during a period of around 150 years. It is seen as a revolution because it came behind a long period of stable prices, and because the prices and wages of the time were set with the ideals of justice and fairness, rather than supply and demand.

It is largely believed that high inflation was caused due to the sudden and large influx of precious metals such as gold and silver into the European market from the New World. This, coupled with the deficit of Spanish payments, contributed to the spike prices in many European countries. The high supply of money, a growing population, and the rise of development and urbanization gave rise to the price revolution in Europe.

Factors Leading to the Price Revolution

Influx of Precious Metals: After the discovery of the Americas by Christopher Columbus, settlers from Europe quickly found rich deposits of precious metals in this uncharted land. This is the primary cause behind the price revolution from an economic point of view. The influx of precious metals into the Spanish markets from Mexico and Peru lowered the value of these metals in comparison to food and other commodities. Due to the high amount of imports in Spain and low export quantities, a huge deficit of payments was created, and prices for everyday items rose quickly.

Increase in Population: After the decline in population due to the Black Death, the prices of food started to go down due to the decrease in demand. However, due to the now small working class, the supply of manufactured goods went down too, and consequently increased in price. After the disease abated, the population gradually rose and recovered, which once again led to the rise in prices of agricultural produce due to high cost of farming and the rise in the prices of grains. The increase in the demand for money led to inflation and the demand for more currency.

Development and Urbanization: The development of technologies and transport during this period led to increased trade in European regions, which made the changes in price respond to demand in distant places. High amount of transactions led to many unscrupulous landlords enclosing common grazing lands, which common farmers could only access by paying steep rents. This caused many people to leave their rural farmlands and move to urban centers to make a living. This influx of people led to higher demand for food in these areas, without an increase in the supply, leading to the inflation of food prices.

Let’s study the consequences of these changes, and how they affected the nations in Europe.

During the price revolution, American gold and silver was extracted for a small price in large quantities, and the markets were flooded with an abundance of these metals, making them cheaper than crafted or agricultural products. Also, depopulation in regions of Spain meant that inflation rose rapidly. The Spanish nobility failed to control the inputs of American gold and silver, and by the end of the 16th century, the monarchy had become bankrupt three times. This influx also affected nations across western Europe, leading to inflation rising by four times towards the end of the century, with around 2% increase in prices each year.

Most currencies of the time was made using silver, and the large input of American silver led to the decrease in the purchasing power of these currencies. This made silver an unpopular medium for money, and it stared being used for other purposes. Eventually, this adjustment of monetary supply led to the stability of price levels, and gradually the market was remedied towards the end of the 17th century, by making the production cost of the metals equal to its purchasing power. The inflation was brought to a halt, till it reemerged again towards the end of the 18th century.

What is Historical Revisionism and How Does it Influence History?
List of Famous Seconds in History
Take a Look at the 20 Most Famous Child Prodigies in History

26 Famous People Who Surprisingly Turned Down a Knighthood