The Significant History of the 13 Colonies – Incredibly Epic!

The 13 British Colonies on the Atlantic coast of North America were the forerunners of the modern superpower, the USA. Read on to discover the story of these very Colonies.

Home / Uncategorized / The Significant History of the 13 Colonies – Incredibly Epic! 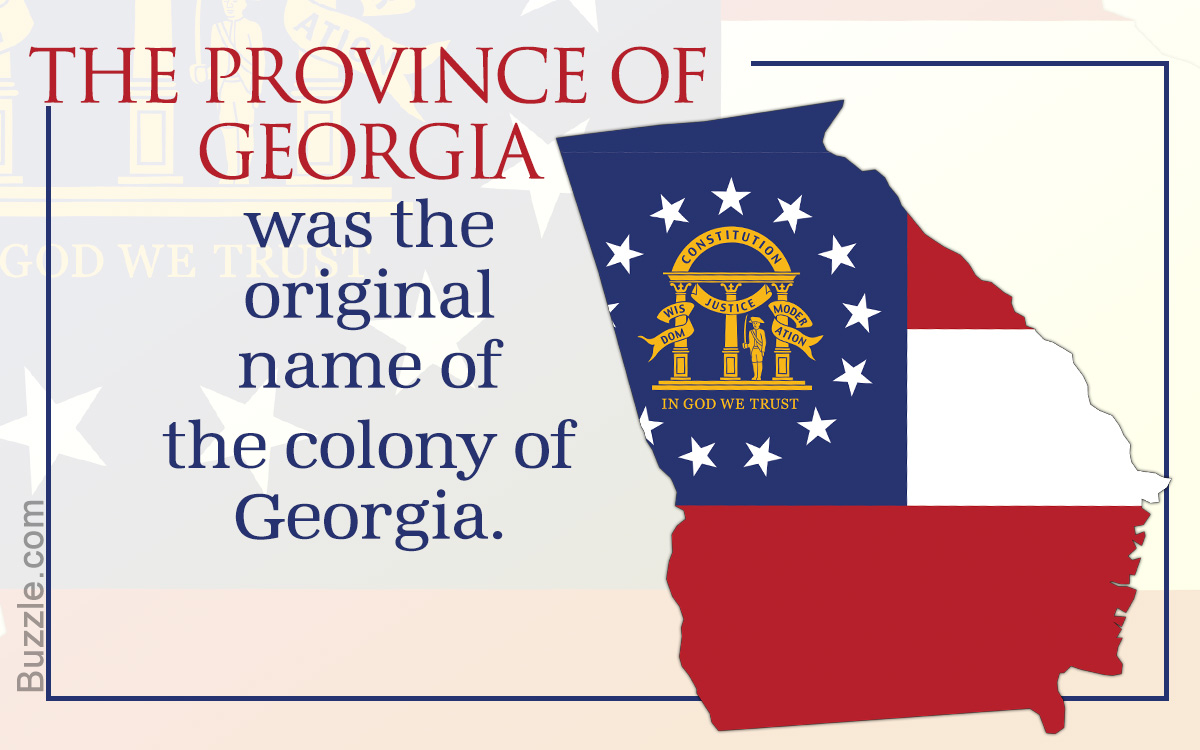 The 13 British Colonies on the Atlantic coast of North America were the forerunners of the modern superpower, the USA. Read on to discover the story of these very Colonies.

Soon, the Dutch, the French and the British followed suit. The Swedes and the Russians also had colonies in America, but the Swedish colony was later captured by the Dutch, while Russian colonization never extended beyond Alaska.

Britain, France and Spain had conquered much of the North American landmass by the 18th century; Britain held much of the Eastern Seaboard; France held the Midwest, Louisiana and eastern Canada; Spanish expansion from their strongholds in South America had resulted in them conquering Mexico, the southwestern region of present-day USA, as well as Florida.

Native Indian tribes still lived in huge numbers (the Western coast of North America remained largely free from European dominance), but many had been killed by foreign diseases introduced by European travelers.

Spanish colonization of the Americas remained largely confined to South and Central America (where Spanish influences can still clearly be observed). Even though France held a sizable area of the modern USA, her primary interest was Canada. In the subsequent American Revolutionary War, both Spain and France were allied with the USA, although this could have been instigated by the more urgent mutual need to reduce British dominance.

The formation of the 13 British Colonies started with the colonization of Jamestown in Virginia in 1607. The Colonies were divided into three areas — the northern New England Colonies, the Middle Colonies and the Southern Colonies.

Following is a brief history of their formation:

Note: North and South Carolina have been clubbed together as one item in the following list, since their history is interconnected. Thus, though there are only 12 items in the list, there are 13 colonies.

Home to the first permanent British settlement in America, known as Jamestown, the colony of Virginia was founded by the London Company under the reign of James I (1566-1625). The story of the famous Pocahontas and Captain James Smith has its roots in Jamestown.

It was founded with the motivation of expansion of the British Empire and to spread Christian faith. It was named Virginia in honor of Queen Elizabeth, the Virgin Queen. and in 1624 was created as a royal colony (subject to the governing authority of the granting Royalty) that included all early Jamestown settlers. It also witnessed the formation of its first representative assembly, the House of Burgesses.

Formerly known as Plymouth colony, Massachusetts was founded in 1620 by Puritans who came aboard the shipMayflower in order to seek refuge in the New World. Of the 102 passengers on theMayflower, there were 41 Christian Puritan Separatists known as the Leiden group. They were called Pilgrims by the other passengers. They were seeking a new life of religious freedom after being exiled by the Church of England.

The colony of New Hampshire was founded in 1623, by two groups of settlers, sent by Captain John Mason, to create a fishing colony near the mouth of the Piscataqua River. The colony was under Massachusetts jurisdiction, but was treated as a separate colony.

It was named after John Mason’s home County of Hampshire, England. Mason never set foot in the colony he helped establish; he died before his planned move to New Hampshire. In 1638, John Wheelwright, exiled from Boston, founded a settlement called Exeter in New Hampshire. The settlers of New Hampshire created a draft called Exeter Compact, modeled on the successful Mayflower Compact. It became a Royal colony in 1679.

In 1632, Charles I granted the charter to Lord Baltimore, Baron of Baltimore, to establish a new settlement in the New World. Accordingly, Maryland was founded in 1634. Lord Baltimore along with his sons moved to Maryland and profited from the vast stretches of tobacco grown there. It was his ardent wish to create a separate settlement for Roman Catholics, who were persecuted in Protestant England. Maryland later came to be known as a ‘Catholic haven’.

Maryland was under the sole proprietorship of the Lord Baltimore, one of three colonies — along with Pennsylvania and Delaware — that were proprietary colonies, rather than crown colonies. Maryland provided religious freedom for different sects of Christianity, after the Act of Toleration was passed in 1649.

Connecticut was already a permanent Dutch settlement when Clergyman Thomas Hooker and his followers arrived in Hartford from Massachusetts in 1636, seeking more wealth and religious freedom. The English settlers waged a war with Pequot Indians between 1636 to 1637, to establish supremacy. In 1639, the draft of the ‘Fundamental Orders’ was enacted to govern the Connecticut colony and it became a royal colony under John Winthrop Jr. in 1662.

English settlers were scattered all over Rhode Island, but it was still not established as one colony. Providence was bought by Roger Williams from the Narragansett Indians in 1636. He was exiled from Salem for seeking separation of religious and political functioning of the state. Anne Hutchinson was also driven away from Massachusetts Bay, for supporting Williams’ cause. She formed the settlement of Portsmouth. They were united as the colony of Rhode Island after receiving a royal Charter of Rhode Island and Providence Plantations in 1663.

As it was founded on the separation of church and state, it gave complete and absolute right to religious freedom. It was a fiercely independent colony, and it was here that the idea of revolution and freedom was born; Rhode Island was the first colony to defy British rule.

Delaware was founded by Peter Stuyvesant in 1655, as the Dutch defeated the Swedish settlers and gained control of the colony. The English won Delaware from the Dutch nine years later. It was awarded to William Penn, but Delaware became independent in 1701, and elected its own assembly in 1704. Delaware was founded as a proprietary colony.

In 1653, King Charles II issued a royal charter to eight Virginian colonists to settle the North Carolina region to provide a buffer for the southern frontier. All previously settled Southern Colonies were included in North Carolina. However, there were many internal problems, as North Carolina was a proprietary colony.

To solve those problems, in 1712, the colony was split in two — North and South Carolina. They became royal colonies under the charter issued by King George II in 1720, although it took Britain nine more years to buy out seven out of eight Lords Proprietors, the proprietors of South Carolina, and bring it under direct rule of the crown.

New Jersey was originally known as New Netherlands. Lord Berkeley and Sir George Carteret received a proprietary grant of the land between the Hudson and the Delaware River from the Duke of York in 1664. The colony was named New Jersey to honor Sir George Carteret, governor of the Isle of Jersey. They made an enormous profit from the sale of land to settlers, as they promised them representation in government and freedom of religion.

The Society of Friends, Quakers bought grants for both East and West Jersey. However, the purchase was liquidated when New Jersey was made a royal colony in 1702.

The Dutch West India Company had settled New York area as early as 1614. A Walloon explorer known as Peter Minuit had bought the island of Manhattan from local tribes. It was known as New Amsterdam and was a self governing state, until it was lost to King Charles II. It was given to his brother, the Duke of York and renamed New York in his honor. New York was converted into a proprietary colony, until in 1685, when it became a royal colony. It was in this colony that the Albany Congress was formed, to help unite the colonies against the British rule.

Pennsylvania was already settled by Swedish, Dutch and English settlers in the Delaware River region. William Penn, a member of the Quakers was granted the land of Pennsylvania by King Charles II, as compensation owed to Penn’s late father. Penn saw this as an opportunity to create a colony that allowed for freedom of religion for his fellow Quakers.

In 1682, the ‘Frame of Government’ for Pennsylvania was enacted, which gave representation in the assembly and freedom of worship and religion to all citizens. This helped Pennsylvania to become the richest colony in the New World. In 1723, two young British astronomers Charles Mason and Jeremiah Dixon, established the Mason-Dixon Line, settling an old boundary dispute between Maryland and Pennsylvania.

King George wanted to create a new colony between South Carolina and Florida, to stall the Spanish and French expansion. In 1732, he granted Georgia’s proprietorship to an English General James Edward Oglethorpe, to establish a new colony. Oglethorpe led his first group of settlers to Savannah, Georgia. Originally, Oglethorpe had established Georgia as a no-slavery colony, but in 1752, after it became a royal colony, it was known to have most number of slaves working in the plantations.

The economic diversity of the 13 colonies generated a large income for British Empire’s coffers. It also gave the colonies, wealth and political motivation to start the American War of Independence. Finally, the colonies came together to rebelliously form the United States of America.