History of the Habsburg Jaw and Other Deformities of Royal Inbreeding

In history, there are many examples of people who have married their relatives, a rather prevalent practice among most of the royal families. The limited gene pool, a result of inbreeding, has been a major cause for many genetic disorders.

In history, there are many examples of people who have married their relatives, a rather prevalent practice among most of the royal families. The limited gene pool, a result of inbreeding, has been a major cause for many genetic disorders.

Franklin D. Roosevelt, Edgar Allan Poe, Albert Einstein, and Charles Darwin are some famous examples of people who have married their relatives.

Family is someone who loves you unconditionally. There are many things that people have done to keep power in their hands and that of their families. There are many instances of relatives getting married to each other to keep the position of power and control in their grasp. Children born out of such incestuous relations are said to be inbred. Those children whose parents share the same ancestry are more prone to fall prey to genetic diseases like cystic fibrosis and sickle cell anemia, among others.

What is Habsburg Jaw?

The medical name of Habsburg jaw is mandibular prognathism, and it is a genetic disorder. In this case, the lower and upper teeth of a person are not aligned, and the lower jaw, also known as the mandible, protrudes ahead of the upper jaw, or the maxilla. This condition is also known as retrognathia (reverse overjet). It also results in an abnormally thick lower lip and a similarly large tongue. One of the major causes of the Habsburg jaw is that the parents share the same gene pool.

History of the Habsburg Jaw

The Habsburg jaw, which is also known as the Habsburg lip, is one of the most common genetic disorders found in royal families. The name itself is derived from the Habsburg family of Spain, where most of its members suffered from this disorder. Charles II of Spain, the last Spanish Habsburg, presented a prominent case of this defect. It was so severe, that he could not learn to talk till the age of four, and had a tongue that was so large that it caused him to drool significantly. The others of this family to have suffered from this defect, also known as the Austrian lip, are Holy Roman Emperors Charles V and Ferdinand I.

Other Deformities of Royal Inbreeding

There are many examples of inbreeding that have been spread throughout the history of European royal families. This led to disastrous consequences, and can be considered as being one of the main reasons for the extinction of the Habsburg family.

Charles II of Spain was physically weak, and could not walk until the age of eight. He was sterile along with being mentally challenged, and his speech for most parts could not be understood. The limited gene pool that was a result of years of inbreeding had not helped his cause.

Hemophilia is another defect that most members of the royal families of Europe suffered from. It is when, due to a deficiency of blood-clotting proteins, an individual’s blood does not clot as fast or in a way it is supposed to. It is believed that it began with Queen Victoria, who appears in the family trees of various royalties, also famously known as the ‘grandmother of modern Europe’. As her descendants were married into various royal families, the hemophilia gene is found in various royal families.

Inbreeding was also rampant in Egypt, where brothers and sisters married each other. Such marriages were known as ‘philadelphoi’. Along with such marriages, there also were marriages in which a man married a girl who was a daughter born to his brother and sister, ‘double niece’. Genetic problems were common among the Egyptian nobles as well. One of the famous examples of this is King Tutankhamun, a.k.a. King Tut, or the Boy King, as he had ascended to the throne when he was around nine or ten years of age. He died when he was 18 years old. Tutankhamun, who himself was a progeny of incest, further married his half sister. In his tomb, two mummies of stillborn infants were also found. Inbreeding is one of the most common reasons for stillbirths. The king himself, had a cleft palate, scoliosis, and a curved spine, among other deformities, which were directly or indirectly a result of his limited gene pool.

Some other deformities that can be associated with inbreeding are the formation an elongated skull and an overbite problem. It has become a taboo today, mostly because of the genetic disorders that come associated with it, and in today’s world, its presence, if any, is limited to remote areas that lack the awareness of its negative effects. 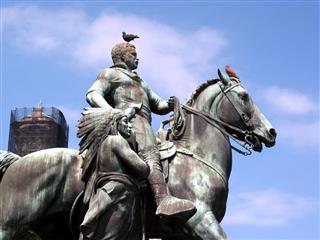 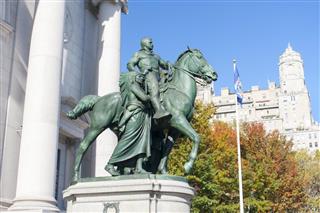 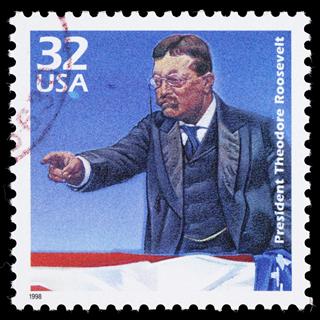