Below Seattle lies the older Seattle, in ruins - dark and scroungy. Historyplex attempts to scratch beneath modern Seattle's shiny wet surface to get to the history of Seattle's underground city. Read how a freak fire incident gave Seattle the opportunity to build a new city for itself... 12 feet above the old one!

Below Seattle lies the older Seattle, in ruins – dark and scroungy. Historyplex attempts to scratch beneath modern Seattle’s shiny wet surface to get to the history of Seattle’s underground city. Read how a freak fire incident gave Seattle the opportunity to build a new city for itself… 12 feet above the old one! 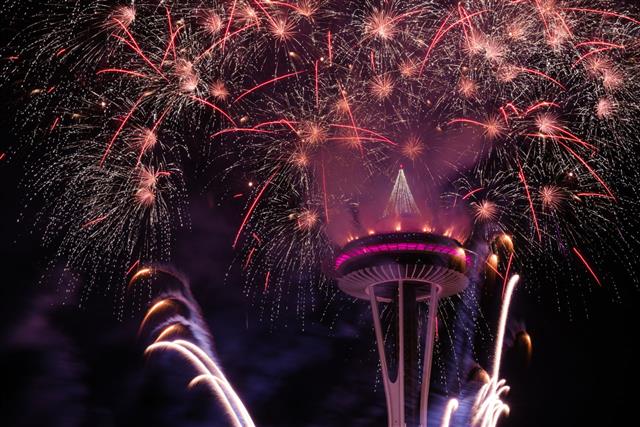 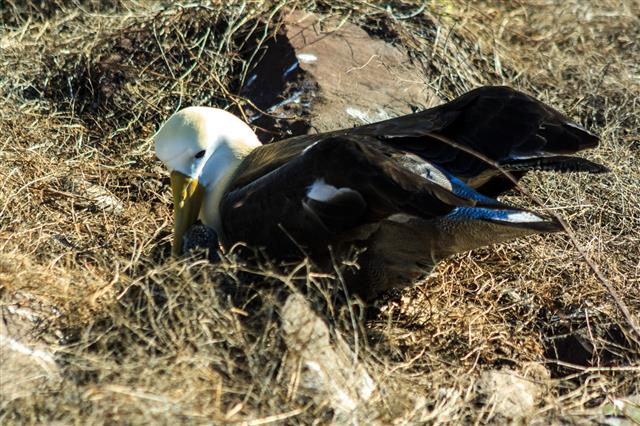 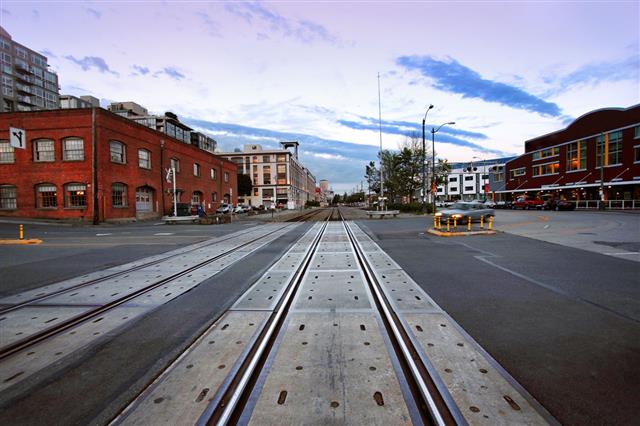 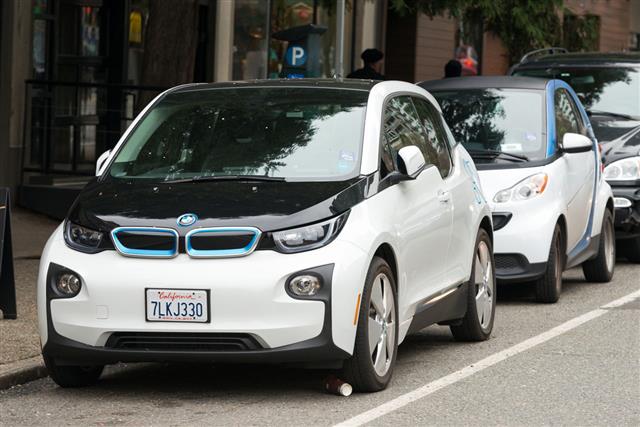 Seattle, situated in the state of Washington, 100 miles south of the Canadian border, is a major port city in the United States. It has been referred to with names like ‘Queen City’, ‘Emerald City’, ‘Gateway to Alaska’, ‘Rain City’, and ‘Jet City’.

While strolling down the Main Arcade in Pike Place Market, scouting for fresh salmons, have you ever wondered – what stood here before this 7-acre marketplace sprung up? Here’s the answer – NOTHING. The city of Seattle, as we know it today, did not exist until the turn of the 20th century. The Seattle we see today is located a good 12 – 30 feet above where it used to be before June 6, 1889.

City of the Yore!

Port of Seattle, Terminal 107, has archaeological evidence, that what is now known as the Seattle Metropolitan area, has been inhabited for at least 4,000 years. The Native American tribes of Duwamish and Suquamish were Seattle’s occupants until the latter years of the 19th century. George Vancouver, who undertook his expedition to explore the coasts of West Canada, Northwest America, and Alaska, was the first European to set foot in Seattle in 1792. But the actual founding of the city of Seattle happened only in 1851, with the arrival of the Denny Party scouts. As the new settlement started expanding, Europeans sat comfortably in the business of logs and timber. The Denny Party, David Swinson ‘Doc’ Maynard and Henry Yesler contributed immensely in making Seattle the leader of shipping logs in the country.

The villages that the Native American tribes lived in, rested on swampy mud land. As the town of Seattle started developing, it developed around villages located on the waterfront. Pioneer Square, located exactly where it is today, was the epicenter around which Seattle boomed. The town settlement began from Pioneer Square, from where onwards the city was a series of upward rising streets. At the base of these steeply rising hills was a low-lying marshland. This area overflowed with water twice everyday due to tidal waves, thus flooding the sewage line located on the corner of the waterfront streets. As all housing facilities were connected with the main sewage line lying on the waterfront, the reverse force of tidal water used to flood all the toilets in the city. A person sitting on the toilet seat could get blown off due to the force. Seattlers thus started following a tide timetable to carry out their loo-activities and other businesses that needed them to visit the waterfront. Due to this reason, many houses had their toilets located on upper floors of the house. Eventually, those who owned single-level housing also started following this formula, and constructed their toilets on a pedestal. To use these toilets, one had to climb a ladder or stairs. This was to eventually form the basis of construction for the new city of Seattle, as we know it today.

The Center of Nefarious Activities

Seattle, during the middle part of 19th century, was a lawless entropy. Schools barely existed, and there were no law enforcing agencies. The only way to bring criminals to record was public hanging (mob justice). The sewage system was poor and flooded daily, there were no paved or even walkable streets. Looting was common, bootlegging of illegal goods, trafficking of manual labor (Asian and African-American slaves), gambling, prostitution, etc., were all a part of Seattle’s daily routine.

Sometime around the 1880s, things changed for this city. The development of better infrastructural facilities led to the city improving its law and order situation. A large part of the change was brought, directly and indirectly, by the upcoming sawmill businesses.

Seattle had become the leader of the Northwest by the early 1890s. The scene was changing, the city was getting more organized, and the womenfolk had striven hard to civilize Seattle and make it a better place to work and live. But the ball that was rolling was to come to a screeching halt – shocking all of Seattle and its people.

On June 6, 1889, sometime around noon, a worker in a cabinet-making shop spilled some glue over a gasoline fire. The glue boiled and caught fire, putting the entire workshop in flames, courtesy wood chips and turpentine. An unusually dry spring season led to the fire spreading quicker than normal. The fire started moving towards Second and Third Avenues, and caught a liquor store on its way. This led to a massive explosion, which further strengthened the fire. Buildings were made of wood, which made fire-dousing a difficult job. The fact that fire-fighting infrastructure was poor, only further compounded the problem.

Within twelve hours, the fire had destroyed most of its downtown area, taking along with it many public service buildings, churches, and even the courthouse. 120 acres of Seattle (nearly 33 downtown and neighboring city blocks) were destroyed, including all saw mills and wharves. Surprisingly, despite the massive scale of destruction (some put the total damage at nearly $20,000,000), there was only one human casualty.

The New City Atop the Old City

Rehabilitation and rebuilding efforts started almost immediately. The people of Seattle picked themselves up quickly. What they realized was, this fire had relieved them of a massive problem – rodents. Almost a million rats were killed in the fire. They saw in the ashes on the floor, an opportunity to build their city afresh.

Rather than relocating, Seattlers decided to rebuild the city as and where it was. Among the many new moves, wooden buildings were completely banned. Stone and brick construction was made mandatory. Seattlers decided to move their rebuilding efforts to a higher platform. To rid Seattle of the tide problem, downtown was leveled. Certain streets were raised as high as 22 feet to bring all downtown streets to the same height. This also gave Seattle a chance to rebuild their plumbing and sewage system, which in its existing form, was pathetic to say the least.

After rebuilding was finished, all businesses moved to the upper floors. Citizens still walked on the old streets and had to climb a staircase to get to a store. Even crossing a street required climbing up and down the stairs. The underground sidewalks were lit by glass prisms. Eventually, the fear that the underground city will again invite more infectious rodents, led to Seattle moving itself, bag and baggage, to the upper city, and leaving the old city in disuse. For the first few years, the spaces in the lower city were used as storage warehouses. Some people even carried out illegal activities there. Eventually, as almost the entire city seemed to wear its new skin, the old underground city was totally abandoned.

Until the 1960s, the underground area lay neglected. Many had forgotten it, and the new generation had little clue about it. Bill Speidel, a columnist with The Seattle Times, was a primary figure in the restoration of Seattle’s run-down Pioneer Square area. During this activism, he chanced upon Pioneer Square under Pioneer Square. He marked out old buildings in Pioneer Square which had been elevated after the fire, and asked the store owners for a visit. He paid a certain rent to the store owners for this visit. Here, he discovered a city lying in ruins, which gave him the idea that people may be interested in visiting the city, that was a now an old stagnating shadow of its new-self.

Bill Speidel established the Underground Tour in 1965, sensing that people (especially tourists) were interested in visiting the subterranean old city. The abandoned ruins made for great travel catch. Over the years, some of the underground structures were refurbished. Speidel passed away in 1988, but the Underground Tour is still operating; being one of Seattle’s top tourist attractions.

The underground city was declared unsafe decades ago, but parts of it have been thrown open to tour operators. The tour includes a visit of old and rusty furniture, huge wooden beams, bank vaults, partially destroyed toilets, and a bunch of rats and cobwebs. The underground city is dark and musty. There have also been reported sightings of ghosts in the area.

Seattle is hard to define. We know Seattle as the Rainy City today. It is home to Microsoft, Amazon, and Starbucks. The city has a reputation as a haven for coffee connoisseurs. It is a city of old-world charms. It does have its share of hippies, new-age feminists, and artisan coffee shops, but then, every major city does. What sets Seattle apart from the big boys like New York or San Francisco is that there’s a charm to the Rainy City that makes it feel better than the big boys. A large part of the city, including its people, still retain the old world-ism, and the underground city’s mysticism only adds to it. 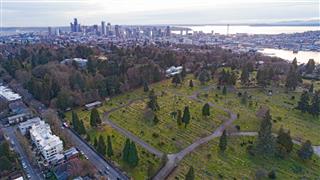 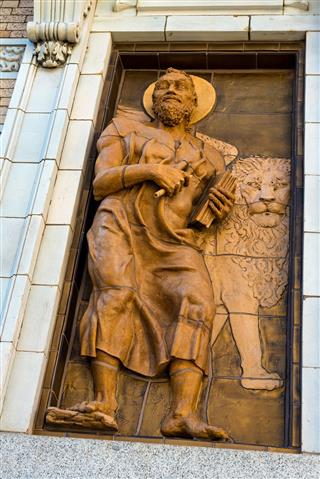 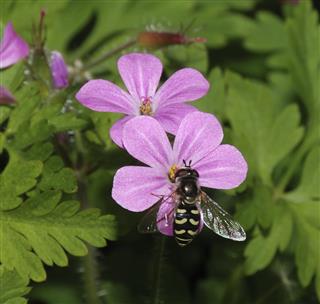 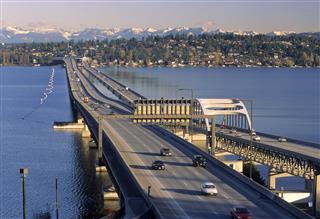 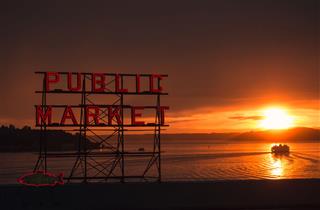 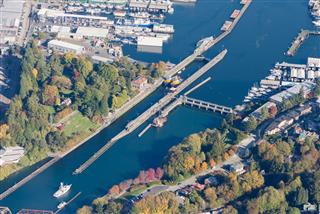 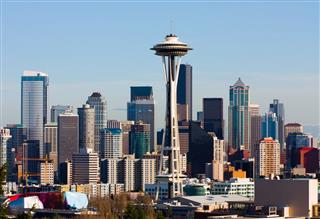