An Overview of the History and Significance of Mercantilism

Mercantilism believes in a zero-plus policy, where trade benefits one country and harms another. Historyplex helps us understand what mercantilism is, with the help of its definition, history, and significance.

Home / Uncategorized / An Overview of the History and Significance of Mercantilism 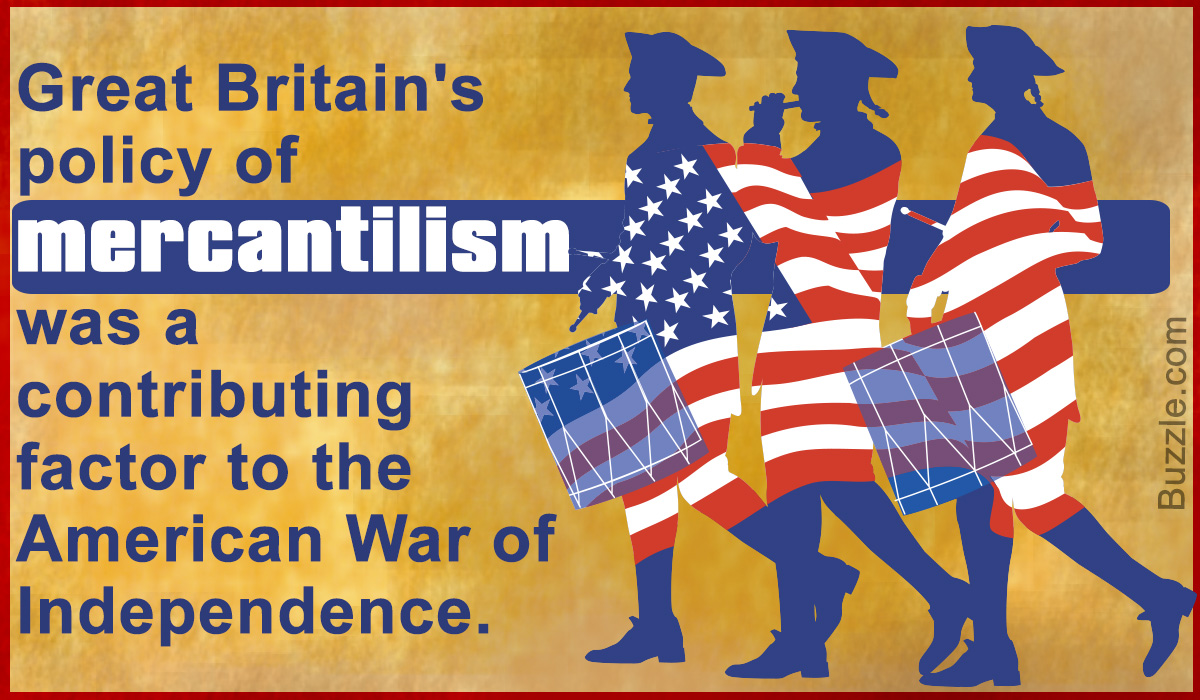 Mercantilism believes in a zero-plus policy, where trade benefits one country and harms another. Historyplex helps us understand what mercantilism is, with the help of its definition, history, and significance.

Mercantilism believes that the lower classes of society should not be given free time, arguing that this makes them lazy, and consequently decreases their productivity toward the nation.

Mercantilism is a policy that encourages state intervention in the market, to ensure that maximum wealth in the form of bullion (precious metals like gold and silver) is accumulated in the country. This is made possible by preventing the export of such precious metals, and instead, earning revenue by increasing the export of goods manufactured in the country, which is then used to import more bullion from other countries.

The basic principle of mercantilism was that countries with the maximum stocks of bullion are the wealthiest, and it works to achieve this objective. This system is characterized by increasing the domestic production to maximize exports, while simultaneously discouraging the import of similar goods from other countries to reduce competition. Let’s understand the significance of mercantilism in the context of America and Europe.

The rise of mercantilism began in the early 1400s in Europe, with the end of feudalism. This era marked the end of the barter system, where goods were exchanged for one another, and saw the rise of currencies in the form of precious metals like gold and silver. Realizing that the possession of more bullion was beneficial, European empires of the time began concentrating on attracting more of it by trade practices. This led to the rise of mercantilism, which was adopted by Holland, Spain, Portugal, France, and eventually Great Britain, though it was more prevalent in the latter two nations.

Great Britain was late to catch up on this trend, as its first mercantile laws were enacted in the 1620s, to deal with French, Spanish, and Dutch naval trade. By the end of the medieval ages, the country was already rich, and with a surplus of money, the demand for goods increased amongst its citizens. However, since most goods were produced in other countries, this meant that they would have to be imported, which didn’t fit well with the economic beliefs of the time. So, the nation embarked on a policy of increasing its domestic production and reducing imports, which paved the way for mercantilism. The Crown granted subsidies and other favors to merchants, aiming to remove all hurdles in the manufacturing sector. The country enacted Navigation Acts to reduce imports from other countries like Holland and Spain, and began annexing colonies, the first of which was Jamestown, in the New World, in 1607. Mercantilism continued in the country, until most powers of the Crown were transferred to its parliament.

The history of mercantilism in France can be credited to Jean-Baptiste Colbert, who served as finance minister to the Crown for almost 22 years. He advocated that the Crown should regulate the economy of the state to ensure its progress. Colbert introduced a number of financial reforms in the country, which made it one of the dominant economies in Europe, and also greatly strengthened its naval forces. The crown even specified a long list of rules that dictated how products should be manufactured in the country to maximize its output. The strong French Navy allowed the country’s territorial expansion to obtain more colonies, which would provide raw materials, along with serving as a captive market. While initially, the plan worked as intended, soon this policy of state intervention in the market led to rising prices, which made Colbert roll back many of his mercantile reforms. The relentless wars for seeking more colonies also dissatisfied the public, and contributed to the French Revolution.

Mercantilism began facing criticism in the 17th century, especially by free market advocates, who argued against the state intervention in the market, instead claiming that the market is best regulated by its own natural laws. However, its most famous criticism came in the book ‘The Wealth of Nations’ by the Scottish economist Adam Smith. He argued that the zero-sum policy (benefit to one nation at the cost of another), which is the fundamental premise of mercantilism, is flawed, since trade always benefits both the sides. Moreover, he warned against the focus of concentrating bullion, saying that like any other commodity, accumulation reduces its value. Such criticism, coupled with the changing economic scenario in the wake of the Industrial Revolution, led to the gradual decline of mercantilism.

When the first British settlers arrived in the New World, they established Jamestown, the first European settlement, that was controlled by the Virginia Company, a joint-stock organization, granted a monopoly by the British crown. However, with time, the colony was taken over by the Crown, and expected to serve the interests of the mother nation, meaning England. With this aim, it introduced the Navigation Acts in the 1660s, which forbade the colonists from trading their goods with any country other than England, apart from mandating that all vessels used in trade should be British. The colonists were forbidden to manufacture their own goods or import them from countries other than England. However, for a long time, these laws were not enforced strictly, as the British knew they would have to fight the French sooner or later for the control of their colonies in America, and wanted the colonists’ support. However, when the French were finally defeated in 1763, after the French and Indian War, the British began enforcing these harsh laws on the colonists, apart from taxing newer commodities like sugar, oil, tea, and paper. This angered the settlers, ultimately leading to the American War of Independence.

The policy of mercantilism resulted in a nexus between the administration and the merchant classes. The latter were encouraged to increase industrial output, and any competition in the market was forbidden by law, which enabled the merchants to become even wealthier. The government also benefited from levying taxes on the revenue earned by the merchants. On the other hand, the oppression of the lower classes was encouraged, since it was thought that keeping them poor was the key to obtaining labor for more industrial production. So, mercantilism led to a widening economic divide between the upper and lower sections of society.

Several European nations like Great Britain and France became economic and military superpowers by focusing more on export, and increasing their stores of precious metals. Since most of the trade was carried via sea routes, this gave them a reason to expand and strengthen their navies, both to protect their trade routes and for territorial expansion to obtain more colonies. The focus on increasing domestic output resulted in the development of a highly-skilled labor force in these countries, which was also a result of other policies, like encouraging the immigration of manufacturers from their colonies and other nations.

The passing of laws which favored mercantilism led to the establishment of a thriving smuggling industry, especially in the colonies of America. Since a great expanse of ocean separated them from England, the Crown was forced to send British inspectors to regulate colonial trade. However, this distance ensured a lax enforcement of laws, and the colonies could freely smuggle goods in and out of sea ports. Moreover, since the inspectors received measly salaries from the British administration, they were only too happy to receive bribes in order to turn a blind eye to trade violations.

Great Britain’s policy of mercantilism led to the development of the popular Triangular Trade in the colonial province of New England. Rum was a major product of the province, which was exported to Africa in exchange for slaves. These slaves were then traded in West Indies in exchange for sugar and molasses. These raw products were required for rum production. As can be seen, this also encouraged the African slave trade.

The mercantile system led to the impoverishment of colonies like India. In the 17th and 18th centuries, India was a colony controlled by a British monopoly, called the East India Company. The country was forced to export raw materials like cotton, indigo, and salt to Britain, where they were highly taxed on entry. Moreover, the colonists were forced to import expensive goods for their use solely from Britain. This system worsened their living conditions, leading to a catastrophic famine in the province of Bengal in 1770, killing almost 10 million people. Similarly, in colonial America, the southern states like Virginia and Maryland were agricultural economies, which were heavily affected by British policies that had drastically reduced the rate of tobacco produce.

Despite all the drawbacks, mercantilism had a handful advantages. Since the colonies were forced to export raw materials produced by them, this gave them a stable market. At the same time, they were under the military protection of the ‘mother’ nation, which defended them from possible attacks from other adversaries. As mentioned before, this policy brought about the development of skilled labor in European nations, along with transforming them into military and economic superpowers. Moreover, Adam Smith’s criticism of mercantilism greatly influenced the Founding Fathers of independent America, and paved the way for capitalism, a system where markets are driven by profits and controlled by private entities, rather than by the administration.

Mercantilism was successful in the past due to a limited understanding of economics at the time, and its problems soon became apparent. It should come as no surprise that, no nation in the modern world has formally adopted this policy.