Unlike most other Roman Emperors, Hadrian loved to travel throughout his empire. He ordered the construction of many baths, temples, libraries and other architectural projects all over the Roman Empire. Historyplex will enlighten you with interesting facts about Hadrian the Emperor of Rome.

Unlike most other Roman Emperors, Hadrian loved to travel throughout his empire. He ordered the construction of many baths, temples, libraries and other architectural projects all over the Roman Empire. Historyplex will enlighten you with interesting facts about Hadrian the Emperor of Rome.

When the talk turns to the Roman empire, we often tend to think of the various Roman emperors, their lavish lifestyle, beautiful palaces, and immense power. But this is far from the truth, almost all of them had to struggle to protect or expand their rule.

Among the many famous and infamous emperors, Hadrian stands out as a highly capable ruler who had a liking for Greek culture. His birthplace is still a matter of debate, some claim he saw the light of the day in Italica near Santiponce (Spain). He is famous for ordering the construction of a wall―Hadrian’s Wall―about 73 miles long at the northernmost boundary (present-day Britain) of his empire. He was a poet, and as a student, he was fascinated with Greek culture. But there is more to him than just architecture. Historyplex has listed out some interesting facts that tell us who Hadrian was and how he become an emperor.

► Hadrian was born on 24 January 76 CE, probably in Italica or Rome. He was from a well-established family of Italian descent, but had lived in Spain. The biography Augustan History mentions that he was born in Rome, but experts believe it could be a plot to make him appear a native of Rome. He was Roman Emperor from 117 CE to 138 CE.

► His mother Domitia Paulina was from Cadiz, which was one of the wealthiest cities back then. His father Publius Aelius Hadrianus Afer was a senator of praetorian rank. His only sibling, elder sister Aelia Domitia Paulina, was married to the Triple Consul Lucius Julius Ursus Servianus.

► When his father passed away in 86 CE, he was put under the guardianship of Emperor Trajan, who was Hadrian’s father’s cousin, and Caelius Attianus who later on became a praetorian prefect. Trajan and his wife Pompeia Plotina bore no children, hence she was very close to Hadrian. It is believed that Plotina used to advice Hadrian, when he became the emperor.

► He had studied in various schools, and had a strong liking of Greek literature, so much so that he was given a nickname Graeculus, meaning ‘Greekling’. At the age of 14, he went back to Italica, or some claim, he was in Italica till he was 14 years old. After he left Italica, he never went back, but the place was later granted the title of Colonia in his honor.

► Trajan tried to draft Hadrian into the military, but Hadrian strongly chastised the military career, because he preferred an easy life and enjoyed hunting. Initially he served as a Tribune in Legio II Adiutrix, later in Germany. In 98 CE, when Nerva passed away, Hadrian went back to inform Trajan about his death. He was later announced as legate of a legion in Upper Pannonia, and later on as Governor of the same province.

► In 100 CE, on the instance of Polina, Hadrian married Trajan’s grandniece Vibia Sabina, who was ten years his junior. The union was not a happy one, although it lasted till her death.

► Because of his marriage and Plotina’s guidance, also his own abilities, he was appointed to various positions such as quaestor in 101 CE, Tribune of the people in 105 CE, and praetor in 106 CE. He had participated in the war against Dacians, and was later appointed as Legatus in the Parthian campaign of 113-17 CE. Hadrian even held the position of Governor of Syria.

► In 117 CE, when Trajan was returning from the Parthian campaign, he fell seriously ill. At Selinus, while taking his last breath on August 8th, he adopted Hadrian as his successor. But sources state that by the time documents were signed, Trajan was already dead, and Plotina signed the documents to confirm the adoption.

► On 11 August 117 CE, he ascended the throne as Hadrianus Augustus, he became the 14th Emperor of Rome. 118-121 CE marked the period of construction of his villa in Tivoli. He did not believe in expansion of his kingdom, rather to take care of the already huge land. He reversed Trajan’s plan, and retreated from Armenia, Mesopotamia, and Assyria. He made amends with Parthia and lower Danube. In 118 CE, he went back to Rome to take care of the situation, which arose due to execution of four consuls.

► He owned his success majorly to Polita and other people. Due to Polita’s guidance, he could win people’s heart and could properly train the military. In fact, he was known to wear plain clothes like his army, eat the same food, drink the same cheap wine as them. This made him all the more popular with the public.

► Hadrian never took any credit for his architecture too, even if it was his idea, he stepped back and let other people take credit. He was fond of writing poetry and reading. He even helped to finish the Temple of Zeus in Athens, which other rulers took five centuries, still could not finish it.

► Unlike other Emperors, Hadrian traveled across his Empire, and even visited small villages, to order changes and developments in the city. He had introduced subjects like finance, administration, and changed many laws.

► Back in Rome, he re-constructed the Pantheon that was built by Agrippa, but was wiped out due to a fire in 80 CE. It still stands today and is considered to be one of the best preserved ancient buildings in Rome.

► The construction of Hadrian’s wall started in 122 CE, in present-day Northern England. It acted as a protective barrier against the Barbarians. It was also served as a territorial boundary. There were 23 large forts covering every mile, the wall was believed to be 20 meters high, and 8 to 10 feet thick. It was fully constructed by 128 CE.

► On his second trip, which began in 128 CE and lasted till 134 CE, he visited Egypt, Arabia, Syria, Greece, Anatolia, and Judea. He finished construction of those buildings which he had begun during his first visit.

► In 129 and 130 CE, citizens of Jerash (was called Gerasa back then) constructed the Arch of Hadrian to honor him on his visit to the city. When he was in Greece, he met a very handsome youth called Antinous, and fell deeply in love with him. In fact, Hadrian was so head over heels in love with him, that he adopted him to be his companion. The two traveled everywhere together, but destiny had some other plans for them.

► Sources state that their relationship was mostly sexual in nature. In 130 CE, on their travel to Egypt, Antinous mysteriously drowned in the river Nile. There are theories concerning this incident, some historians state that he sacrificed himself for Hadrian. Whatever the interpretations, Hadrian was deeply depressed after this accident. Hadrian founded the Egyptian city of Antinopolis in his memory, he even had Antinous deified to be worshiped as a God.

► In 130 CE, Hadrian visited Jerusalem; seeing it in ruins, he decided to reconstruct the whole city, and named it Aelia Capitolina Jupiter Capitolinus. He had a temple constructed to honor Jupiter on the ruins of The Temple of Solomon (sacred to Jews). Due to this construction, many Jews were furious, and they revolted against Hadrian, which is known as Bar Kokhbah’s Revolt.

► This revolt began in 132 CE, on his way back to Europe, and he was called to take care of the war. By the time war ended, approx 5,80,000 Jews were killed. Enraged by the war, Hadrian prohibited the rest of the Jews to enter the city, and renamed it Syria Palestina. He even ordered the burning of the sacred Torah in public, and placed a ban on the practice of Judaism.

► Hadrian returned to Rome in 136 CE with poor health, he had turned 60. His health was failing rapidly, and adopted Lucius Aelius Caesar, who was named his successor, but he passed away on 1 January 138 CE.

► During his last days, he had immersed himself in poetry and writing. Hadrian was brilliant when it came to literature. 62-year-old Hadrian died on 10 July, 138 CE. Historians believe that he died due to a heart attack. A temple dedicated to him was built in Ephesus, present-day Turkey.

► At first he was buried in Puteoli, which is near Baiae, later his remains were transferred to Gardens of Domitia. When the Tomb of Hadrian (Rome) was completed, which is now famous as Castel Sant’Angelo, he was cremated, and his ashes were integrated with his wife and adopted son.

► According to Historia Augusta, Hadrian composed a poem shortly before he died:

Translation:
Roving amiable little soul,
Body’s companion and guest,
Now descending for parts
Colorless, unbending, and bare
Your usual distractions no more shall be there…

Many books have been written about the humanist Roman Emperor Hadrian. Anthony Birley, who wrote Hadrian: The Restless Emperor, and Mary Taliaferro Boatwright who wrote the book Hadrian and the Cities of the Roman Empire give us a detailed account of the emperor’s life. He played a very important role in developing the foreign policies of his reign. He abolished many laws pertaining to debts, and that’s how he won people’s heart in his empire. 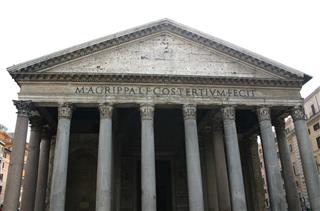 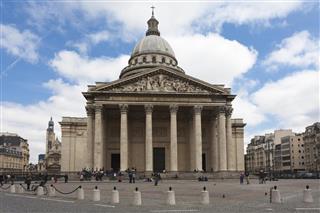 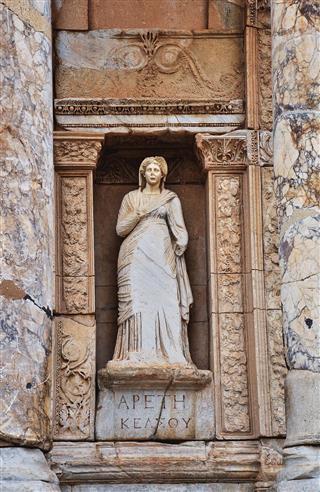