The Immigration Act of 1924 was an influential legislation designed to curb immigration into the USA. It mainly limited immigration from southern and eastern Europe, and was thus accused of being discriminatory. Read on to know more about this Act, in this Historyplex post. 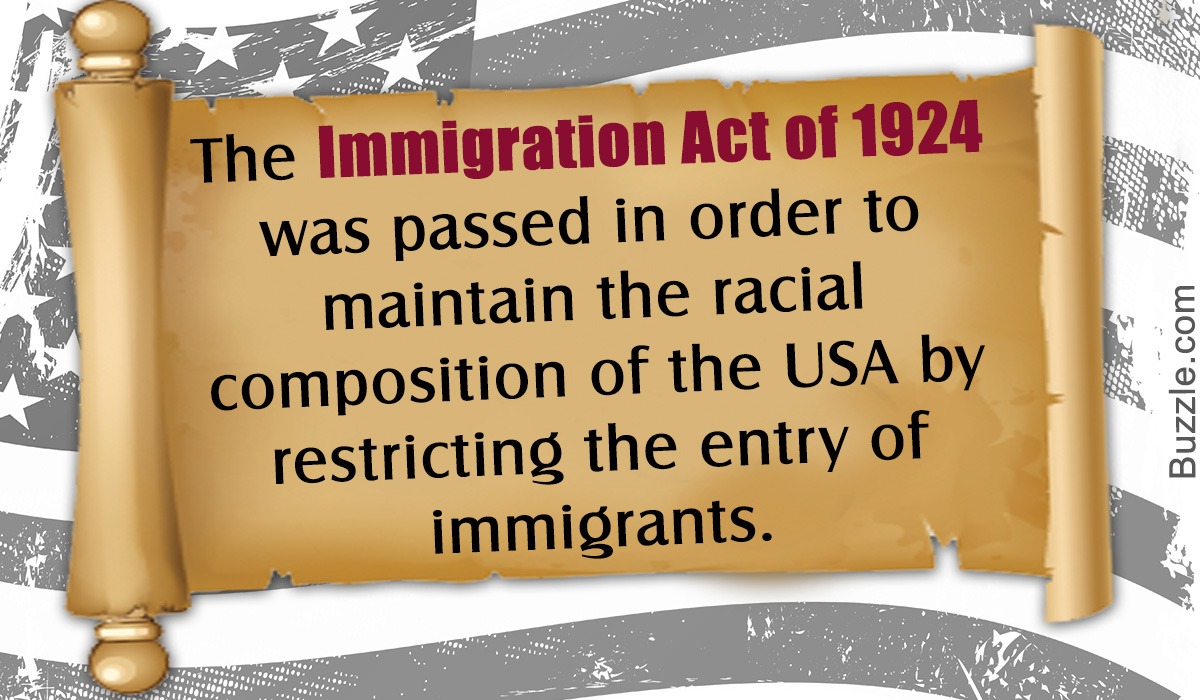 The Immigration Act of 1924 was an influential legislation designed to curb immigration into the USA. It mainly limited immigration from southern and eastern Europe, and was thus accused of being discriminatory. Read on to know more about this Act, in this Historyplex post.

One of the main reasons for passing the Immigration Act of 1924 was the antisemitic desire to bar Jewish immigrants from entering the USA.

Immigration and its management is a hot topic in modern USA, but it’s hardly a new phenomenon. The USA, itself founded by immigrants, has always been a favored place for citizens of other countries to relocate, thanks to the promise of a better future. Natives have always sought a solution to this problem, since the incessant immigration is perceived to place a burden on American resources and its job market.

The Immigration Act of 1924, also known as the Johnson-Reed Act, was one such measure intended to reduce immigration into the USA. According to it, the existing amount of immigrants from a particular country was used to calculate how many more immigrants from that country would be allowed into the USA. 2% of the existing population of that nationality were allowed to emigrate to the USA. If 2% of a population was below 100, further immigration was not allowed.

From July 1, 1927, a total limit of 150,000 emigrants was set for admission into the USA. The ratio of the various nationalities within the 150,000 limit would be decided by the existing American population from the respective nationality.

Wives (older than 21 years), parents, and unmarried children (under the age of 21) of U.S. citizens and persons in religious and academic fields could emigrate to the USA regardless of this quota. Immigration from Latin America, as well as the rest of the Western Hemisphere, was also allowed to continue unhindered. Within the quota, immigrants related to U.S. citizens, above the age of 21, or skilled in agriculture received top billing.

The 1890 census was used to determine the current populations from the various nationalities. The 1921 Emergency Quota Act, which allowed 3% of the existing population from a country to immigrate to the USA, was superseded by the 1924 Act. The 1924 bill contained a significant deviation from the earlier act: The 1921 act used the 1910 census to determine the existing population of emigrants from a particular country, whereas the 1924 bill used the 1890 census, when less immigrants from southern and eastern Europe were present in the USA.

This allowed the government to crackdown on the main problem: Italian immigration. Immigrants from northern Europe, particularly Great Britain and Ireland, who had many cultural similarities with Americans, were not significantly restricted by either immigration Act, while Italians and Jews, who were centered in eastern European countries, faced a severe restriction. Italians, in particular, were much less populous in the 1890 census than in the 1910 census, and the false lower numbers allowed the government to set the limit for further immigration much lower than it would otherwise have been.

The effects of this discriminatory policy were immediately clear.

Among non-European emigrants, the 1924 Act also banned immigration from India (including present-day Pakistan and Bangladesh), Japan and China, and the Arab countries. This was thanks to a provision which stipulated that immigrants ineligible to become U.S. citizens could not enter the U.S. as emigrants.

The Immigration Act of 1924 was blatantly inspired by eugenics, and was passed with the intent of “preserv[ing] the ideal of American homogeneity”. However, this should be viewed in the light of the period, when eugenics was a common practice for many governments all over the world.

The 1924 Act was superseded by the Immigration and Nationality Act of 1965. This Act was proposed by Representative Emanuel Celler and Senator Philip Hart. Celler had been a vocal dissenter towards the 1924 Act, and had campaigned furiously in the years since it was passed to have it repealed. The 1965 Act changed the entire structure of the National Origins Formula for immigration into the USA. 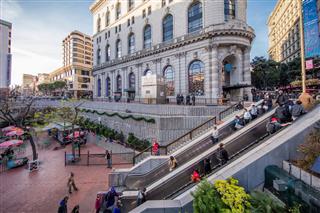