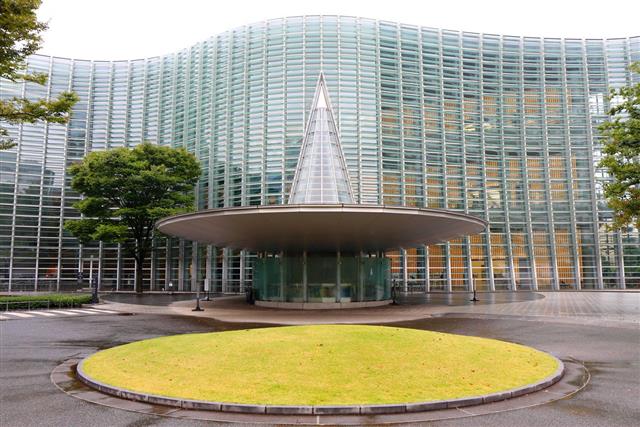 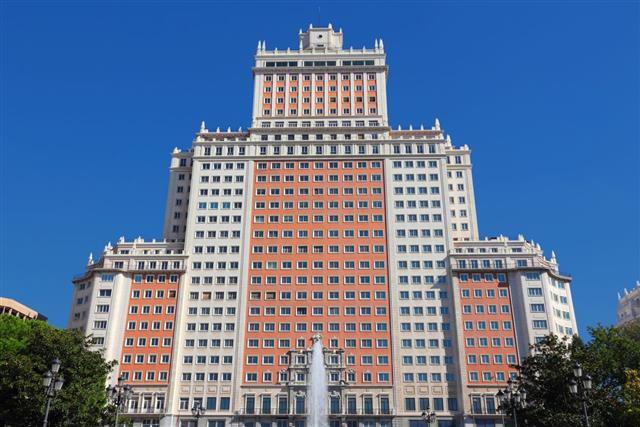 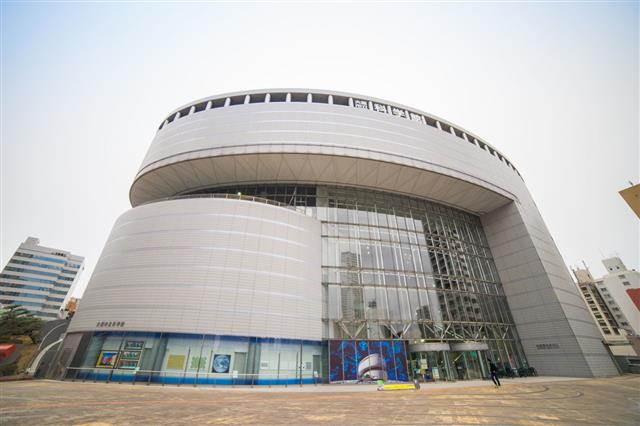 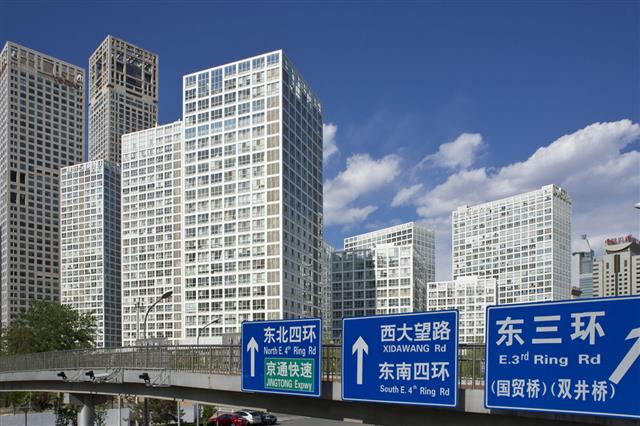 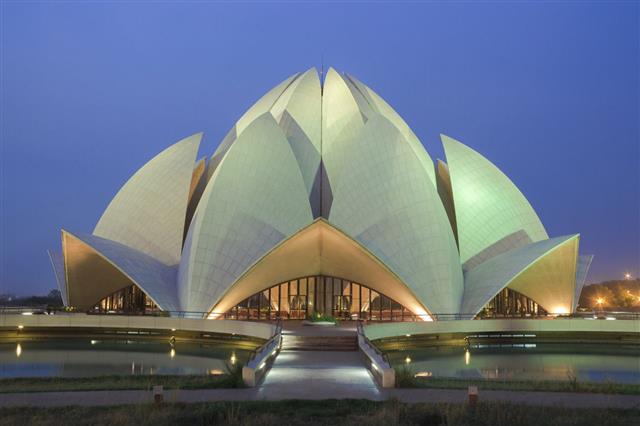 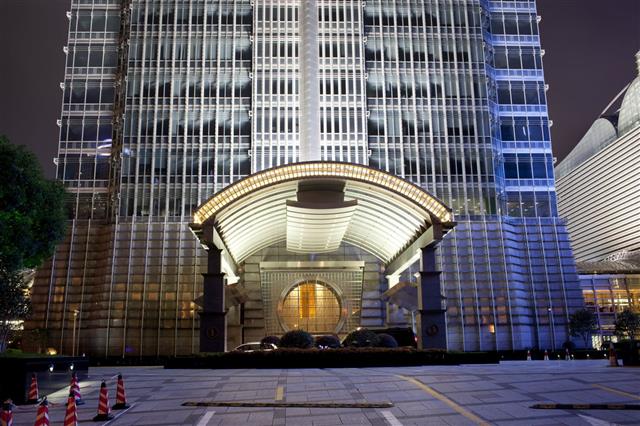 The New York Five is a name given to the five famous New York architects who openly challenged modernism. They were Michael Graves, John Hejduk, Peter Eisenman, Richard Meier, and Charles Gwathmey.

Postmodern architecture is a form of architecture that is often called neo-eclectic. It defies the traditional methods of construction, and goes for non-traditional and uncommon designs, vibrant colors, and varied shapes. It borrows various stylistic aspects from different structures, and then combines them to create something absolutely unique. Although it borrows from the traditional modern forms, it gives them a new twist. Postmodern buildings, apart from being functional and usable, also prove to be quite a visual treat. The following paragraphs provide an overview of modern and postmodern architecture and list the stark differences in the stylistic characteristics of both.

The modernist movement began around the 1800s, when the concept of combining architecture and modern technology became popular. It became famous world over after the Second World War, and was mostly used for corporate structures. One of the aims of this movement was to accommodate more people into the city during the industrial revolution. Incidentally, at this time, many materials such as iron and steel also became available, which led to innovation and development of new methods in construction.

Iron and brick were used by Charles Bage for the very first time in 1796, for the construction of his mill. These materials made the mills sturdier and stronger and soon, newer innovations, like the beam, followed. The very first skyscraper made entirely of steel was built in Chicago in 1890. From then on, there was no looking back.

Some of the main highlights of modern architecture were as follows.

✦ Function of the building must be the basis for its form and appearance.
✦ All the elements must be at right angles with each other.
✦ All ornaments, decoration, and color must be excluded, as they are unnecessary details.
✦ Materials must be displayed in their original form without altering their appearance; for example, not painting the surfaces.
✦ Prominence of vertical and horizontal lines.
✦ Using industry-made materials.
✦ Economical use of materials.

The image above is a classic example of modern architecture. The skyscrapers in the image are monochromatic, have right angles, and lack ornaments or decoration.

The modernist movement lasted until the ’50s, after which the era of postmodernism began. It criticized the orthodox approach of modernism and challenged it greatly. Abstract, colorful, and decorative are just a few words to describe the structures that it brought in its wake.

Postmodern architecture can be called a “modern take on traditional methods.” It means using the same materials, but in a non-traditional manner. The postmodernist movement started in the ’50s, and became quite popular around the ’70s. It was cited as the “return of wit, ornament, and reference.” Soon, modern architecture started being described as ‘black and white’, which meant that it had become a stereotype, rigid, monotonous, and not open to experimentation.

Postmodern buildings were called the ‘gray’ of architecture, something out of the box, not conformed to a set standard of principles. Although postmodern architecture emerged from the modern form, it goes against the very core of modernism. It uses the same forms, details, and shapes, but displays them differently.

Apart from being pleasing to the eye of a viewer, postmodern buildings ensure sustainability, use good-quality materials, and are fully functional and livable. But appearances cannot be ignored here. These buildings are a visual treat; they shock, surprise, delight, and they always have something to say. In comparison to the plain, drab structures of the modernist movement, these buildings have color, decorations, ornaments, and vibrancy. The color wheel law is not followed here, and unusual combinations of colors are often used.

One aspect of postmodern architecture, which took shape by the end of the ’80s is called Deconstructionism. It is influenced by the concept of deconstruction. It basically means creating a controlled chaos. The walls, roof, and the inside space of a building are shaped in a distorted manner, wherein it looks like the entire building has been crumpled or warped. The purpose is to intentionally create confusion and chaos. A classic example of deconstructionism is the Dancing House in Prague, Czech Republic (example given below).

As postmodern architecture brought with it many changes, it is quite obvious that its stylistic characteristics also underwent a significant transformation. These characteristics include the following.

Many buildings now have sculptural forms or even plastic adorning its exteriors and interiors. This adds to the beauty and uniqueness of the buildings.

As compared to the modern architectural era, where decorations were considered to be unnecessary, postmodernism makes use of ornaments to the fullest. The buildings are no longer bare and minimal, but are adorned to up their visual appeal.

It means making a two-dimensional object look like it is three-dimensional. Hence, there appears to be more space than is actually present. This gives the building an illusion of being bigger.

This means that the front of the building, its facade, is symmetrical. The corners are tightly packed, and the windows are in line with the walls. This feature of the postmodern architectural era can be seen on the Hood Museum of Art.

This is the concept of giving a structure a human quality. For example, making pillars shaped like people, or adding faces to the building. Another example is the oculus, which means a dome in architecture and the eye in Latin. The dome is, hence, symbolized as watching over the people below it.

The houses of the postmodern era symbolize change and a resistance towards the modern era buildings. One classic example is the Vanna Venturi house, built by Robert Venturi, which was one of the first postmodern buildings. Though small in size, the usage of elements like ‘hole in the wall windows’ and a split gable, give it the impression of being magnanimous (also symbolizes paradox).

This feature is visible on the Sony Tower, formerly known as the AT&T Building, in New York. This building became instantly famous for being ahead of its time because the roof was shaped like an open pediment.

Most buildings are painted in unusual and vibrant colors. As opposed to the monochromatic buildings of the modernist period, postmodern buildings are colorful and cheery. The various shapes are complemented by different hues and contrasts to make them stand out.

The Absolute World twin towers are residential buildings located in Mississauga, Ontario. One tower is 50 stories high, while the other is 56. Both of them twist in the middle, with the larger one turning 209° from the ground to the roof. They are nicknamed the ‘Marilyn Monroe towers’, because of their curvaceous shape. Construction was completed in 2012. These buildings are the creation of Burka Architects and MAD Studio.

The ArtScience museum is located in Marina Bay Sands Resort, Singapore. The building is shaped like a lotus, and has been nicknamed the ‘Welcoming Hand of Singapore’. The base of the building is circular, and ten ‘petals’ or ‘fingers’ extend from it. Each ‘finger’ is actually a separate gallery. It is the creation of the architect Moshe Safdie, and it was inaugurated in 2011.

The Baha’i Lotus Temple, also knows as just the Lotus Temple, is located in New Delhi, India. Built in 1986, it is the creation of the architect, Fariborz Sahaba. This structure is inspired by the lotus flower, and is surrounded by nine ponds, which looks like a lotus flower floating on water. It is about 34 meters tall and can seat 1,300 people.

This tower is located in Manhattan, New York, and is built by the famous architect Frank Gehry. It is a 76-storied building that has an elementary school on the first five floors, and apartments on the remaining 71. The building looks like it has ripples running through it, and it is the tallest in its neighborhood. Construction of the Beekman tower was completed in 2011.

Located in Vienna, this is the creation of the architect Hans Hollein. The construction was completed in 1990. Being a postmodern structure located next to the St. Stephen’s Cathedral, the building has created quite a controversy.

This 14-storied building is located in London and is the office of Lloyd’s of London, an insurance company. It is nicknamed ‘the Inside-Out Building’ because all its elevators, escalators, staircases, water pipes, and power ducts are located outside the building, hence, creating a lot of internal space. It has 12
glass elevators that were new for their time in 1986. It is the creation of the architect, Richard Rogers.

This postmodern structure is an opera house that is located in Valencia, Spain. When translated, it means Queen Sofia Palace of the Arts. Its architect is Santiago Calatrava. This building has 14 stories above and 3 stories below the ground. It has a curved roof, and it is the tallest opera house in the world, standing at 75 meters.

Located in the Science and Technology Parks in Hong Kong, this auditorium is shaped like a golden egg, which is placed on pillars and points upwards. The auditorium seats 288 people and uses state-of-the-art equipment and technology.

It is a nickname given to the Nationale-Nederlanden Building located in Prague, Czech Republic. This building uses the deconstructionism style, and its shape looks like a dancing couple. This famous building is the creation of Vlado Milunić and Frank Gehry. The construction of the building was completed in 1996.

Ironically, postmodern architecture borrows most of its methods from modern architecture. Each postmodern building has a unique personality of its own, and every creation has something to say. The examples provided here speak for themselves. Who knows what out-of-this-world creation is to come next. 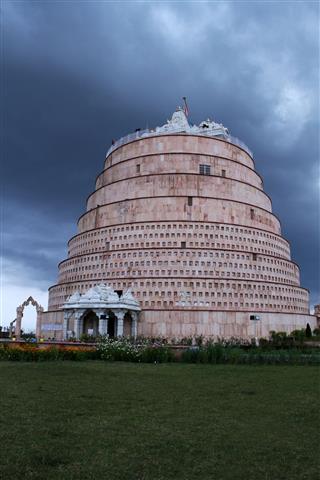 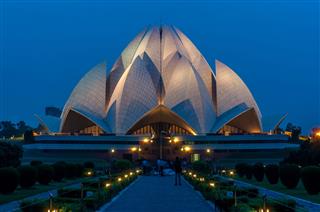 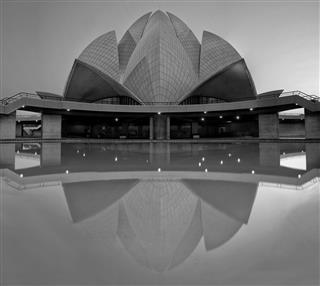 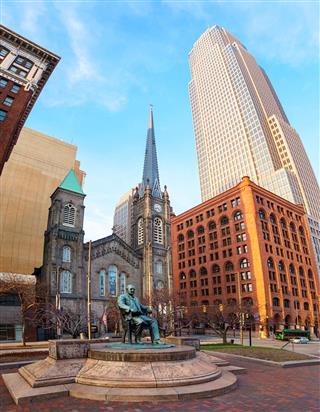 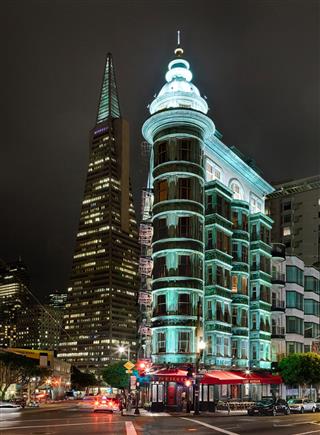 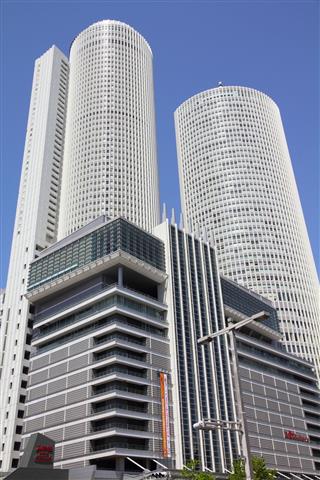 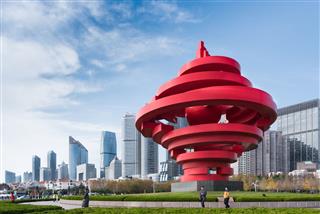 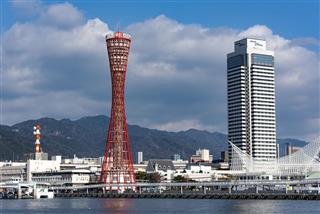 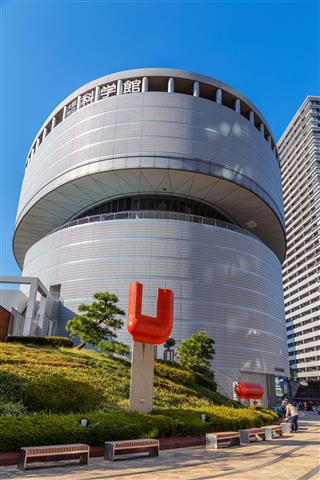