Indentured servitude refers to the system of 17th century, when workers sold their labor in exchange for a free passage to the New World. Find out more about this servant system, which was different from slavery, through this Historyplex article. 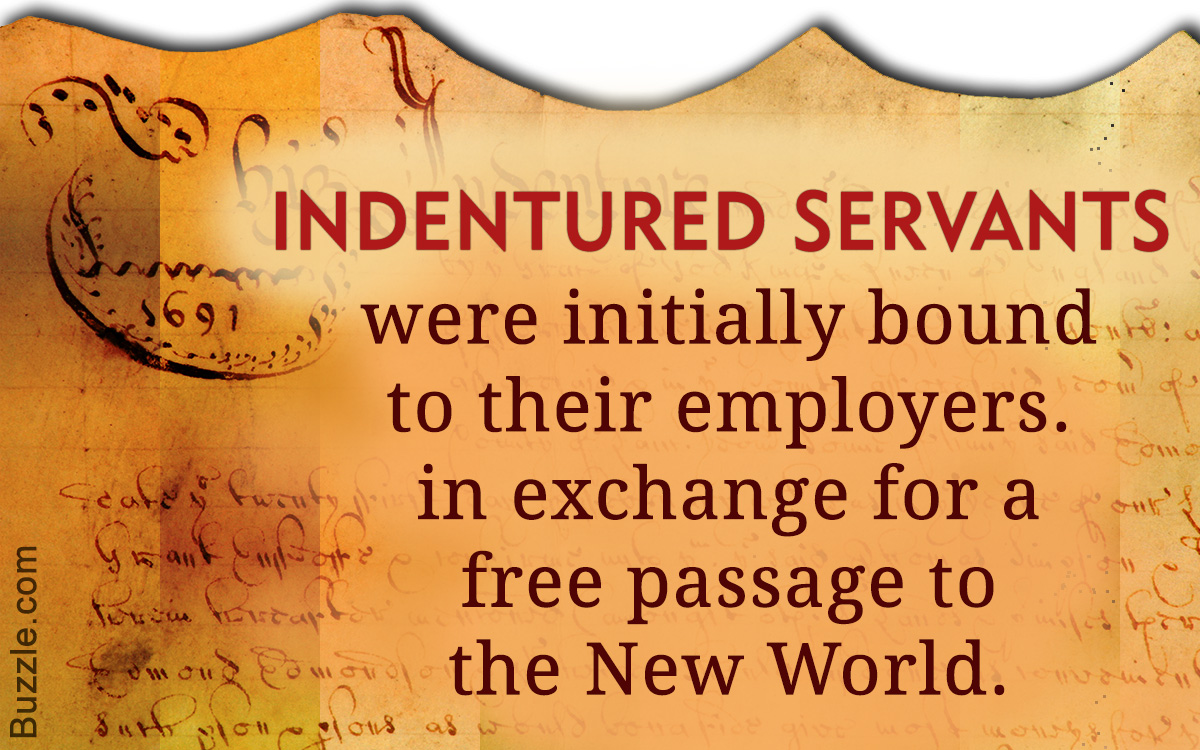 Indentured servitude refers to the system of 17th century, when workers sold their labor in exchange for a free passage to the New World. Find out more about this servant system, which was different from slavery, through this Historyplex article.

Colonization of the Americas―specifically the North American territories―by the British lies at the root of the settlements of the European migrants. The British colonies, rather the companies, earned ample profits, given the extensive and fertile land resources of the region. Still, there was one problem, that of labor to cultivate these lands. Once that was addressed, the next issue was that of the transportation cost for importing this labor. The indentured servant system came out as an experimental solution to this problem of the colonial economy back then.

Indentured servitude can be traced back to the early 1600s. It was a major means for the large-scale migration of Europeans to Colonial America. It was prevalent until its abolition in 1917. Slavery emerged as a more powerful institution thereafter.

During the 17th century, people worked under a contract with their employers for a fixed number of years without any pay, all this in exchange for a free passage to the New World.

These individuals were bound by the contracts signed with their employers. Most White laborers that came from England were indentured servants, and lived in Maryland and Virginia. The employers required their servants to work for a period of around 4 to 7 years. Besides a free passage to the New World, the servants used to get boarding and lodging facilities. Also, they received their freedom dues at the end of their servitude. This bonus could be in any form: money, clothes, guns, food, land, etc. Though it seemed like a great help for these new immigrants in an unknown land, it was not really earned by many, as only around 40% of them would actually complete the contract.

The contract could be extended in case of any breach, running away from work, or in cases of women getting pregnant. The lives of these indentured servants were hard and confining, though it was not actual slavery.

History of Indentured Servitude in America

Indentured servitude began after the settlement of Jamestown, Virginia, in 1607. Vast land areas needed cheap labor for plantation. The Virginia company is believed to have been the initiator of this system, in order to attract workers to the newly settled colonies. Of all the immigrants (around 500,000) coming to the 13 colonies until the 1770s, a little over 40% were estimated to be indentured.

The Headright System
The colonies of Maryland and Virginia practiced the Headright system. The aim was to render incentives to the planters so as to import more servants. Started in 1618 in Jamestown, Virginia, this system rewarded the master with 50 acres of land for each servant imported.

The indentured servant system declined as slave trade and the practice of ‘slavery’ was established. A prominent reason for this shift was that the labor which was provided through slave trade came at a cheaper cost.