Modern political campaigning was first seen in the Presidential Election of 1800. But who won the election of 1800, and why was it so important? 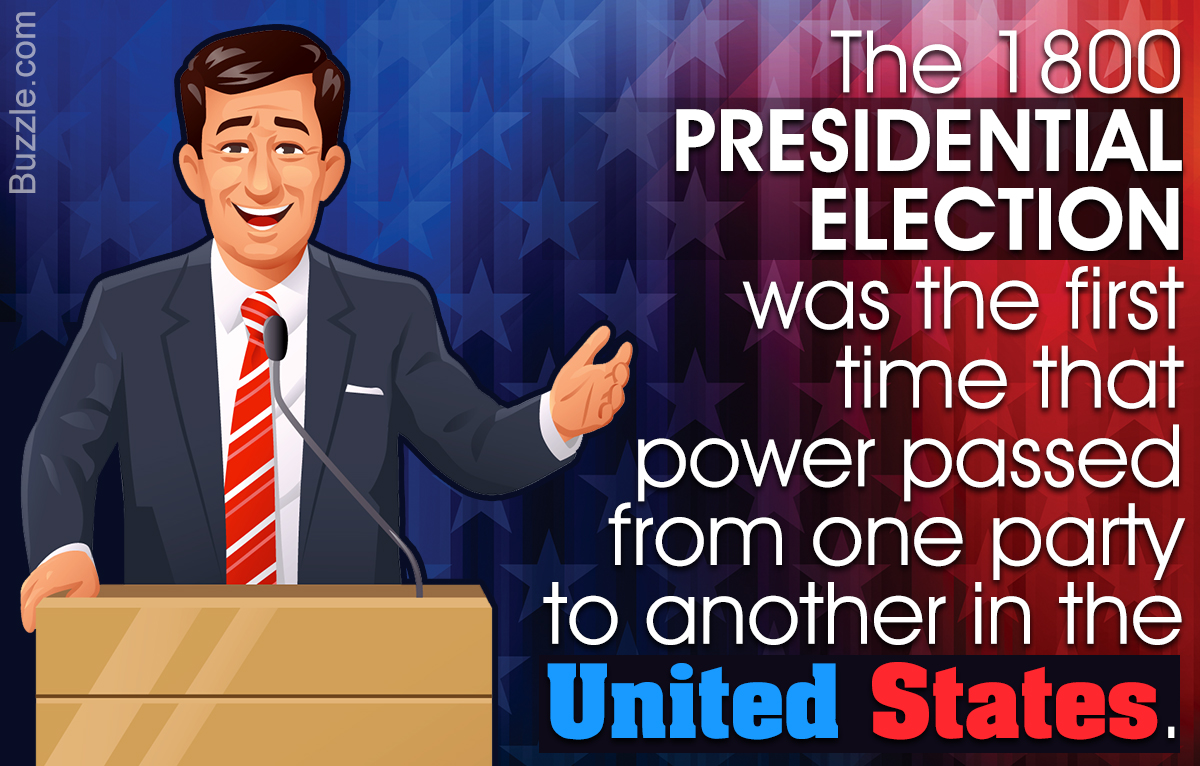 Modern political campaigning was first seen in the Presidential Election of 1800. But who won the election of 1800, and why was it so important?

The Presidential Election of 1800 is the only election in US history where there was a tie between two presidential candidates.

When the United States achieved independence in 1776, it was governed as a confederation, or an alliance of different states. With the approval of the Constitution in 1789, the presidential system, as we know it, was born. However, because there was no opposition party capable of presenting a strong challenge, only a single party―the Federalist Party―held power for almost 14 years. With the end of the Washington Era in 1796, and a slew of unpopular activities, the Federalists began to rapidly lose ground. With the rise of the Republicans in the same period, it was only a matter of time before the Federalists were shown the door. This is what happened in the Presidential Election of 1800, whose facts are given in the following summary.

✦ Federalist Adams’ Administration levied a tax on citizens in 1798 to help raise an army and navy, while fighting an unofficial war with France, called the ‘Quasi War’. This earned it the ire of the citizens.

✦ To prepare for a probable full-scale conflict with France, the government increased the period of naturalization from 5 to 14 years, trying to make it harder for immigrants (especially French) to become citizens. This made the Federalists unpopular among immigrants.

✦ The Federalist government passed the Alien Acts, which allowed authorities to deport any aliens involved in anti-national activities. Moreover, the Sedition Act made it unlawful to represent the government in a malicious way. However, these measures were seen as anti-immigrant and anti-free speech.

The Republicans supported the decentralization of power and the sovereignty of states, as guaranteed by the Constitution. They opposed a standing army, believing that it could be used to repress the citizens, like during the British rule. Their opposition to the Naturalization, and Alien and Sedition Act earned them the support of immigrants. They supported the French, and viewed Great Britain as aristocratic, and an enemy of US republican ideals.

Candidates in the Fray

✦ John Adams
He was the incumbent president, having served his first term since 1796, and was now running for his second term.

✦ Charles Cotesworth Pinckney
A former US minister to France from South Carolina, Pinckney was the Vice Presidential candidate.

✦ John Jay
A former Chief Justice and a senator from New York, Jay was chosen to obtain some votes, and prevent a tie between Pinckney and Adams.

✦ Thomas Jefferson
A former Secretary of State to George Washington, and later the Vice President under Adams, Jefferson was the Presidential candidate of the Democratic-Republican party for the second time.

✦ Aaron Burr
Burr, a senator from New York, who helped his party gain control, was the Vice Presidential candidate.

In US presidential elections, votes are cast by an electoral college, whose electors are chosen today by citizens. However, during the 1800 election, these electors were chosen by state legislatures, and not by citizens, which allowed both parties to influence the process. Each elector could cast a vote for 2 different candidates.

Ultimately, the Republicans (73 votes) defeated the Federalists (65 votes) in the electoral ballot. However, their plan to avoid a tie failed, as both Jefferson and Burr received 73 votes; Adams was not even in the race for the first spot. This was because the constitution did not allow electors to specify if a particular vote was for the President or the Vice President.

As per the constitution, the House of Representatives had to cast votes to resolve the tie. After voting 36 times in 6 days, Jefferson ultimately received 10 votes, and defeated his closest rival Burr, who received 4. The split-up of votes is given below.

❑ This election indicated for the first time that modern campaigning was used to obtain votes in US history. The main mode of campaigning was to write letters and articles in local newspapers.
❑ It was also the first time that political power was transferred peacefully from one party to another. All the previous three presidential terms had been occupied by the Federalists.
❑ As a result of this election, the Twelfth Amendment was added to the Constitution in 1804. It made it compulsory for electors to reveal their choice for the President and Vice President while voting, so as to avoid a tie between candidates for both offices.
❑ The election saw the decline of the Federalist Party and the rise of the Republicans. No other Federalist would ever become a US President again.
❑ It marked the arrival of party politics in presidential elections. The political campaign reached a new low, with both parties making nasty personal comments about rival candidates.
❑ The Federalist loss and future irrelevance was, in part, due to internal rifts in the party. Alexander Hamilton (the party’s founder), himself did not want Adams to continue in power, so tried to favor Pinckney, but ended up damaging his party’s chances.
❑ Hamilton was also the driving factor behind Jefferson’s victory over Aaron Burr in the House of Representatives. He lobbied for Federalist delegates to desist from voting, thus allowing Jefferson to get a majority.

The importance of this election is that, it helped to highlight a fundamental error in the constitution and rectify it. This is why the significance of the election of 1800 cannot be overlooked in American history.