Very Important to Know: Information About the Bonus Army March

The Great Depression had engulfed America rapidly during the 1930s and a part of it was the veteran community. A large number of World War I veterans were left unemployed and cash strapped, hence to meet their demands they organized an agitation which came to be known as the Bonus Army March. This Historyplex post provides more information on the Bonus Army March.

The Great Depression had engulfed America rapidly during the 1930s and a part of it was the veteran community. A large number of World War I veterans were left unemployed and cash strapped, hence to meet their demands they organized an agitation which came to be known as the Bonus Army March. This Historyplex post provides more information on the Bonus Army March. 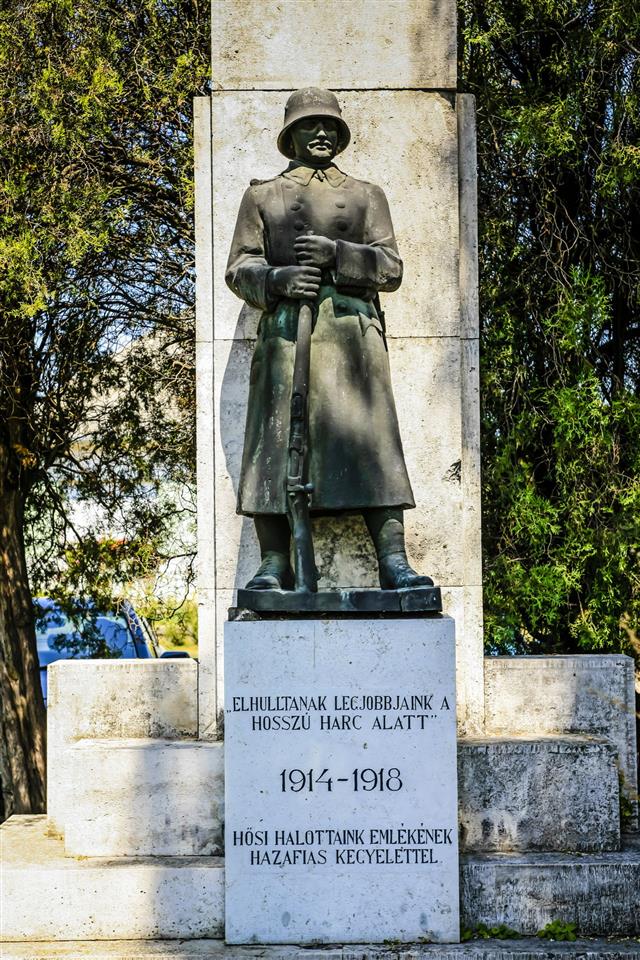 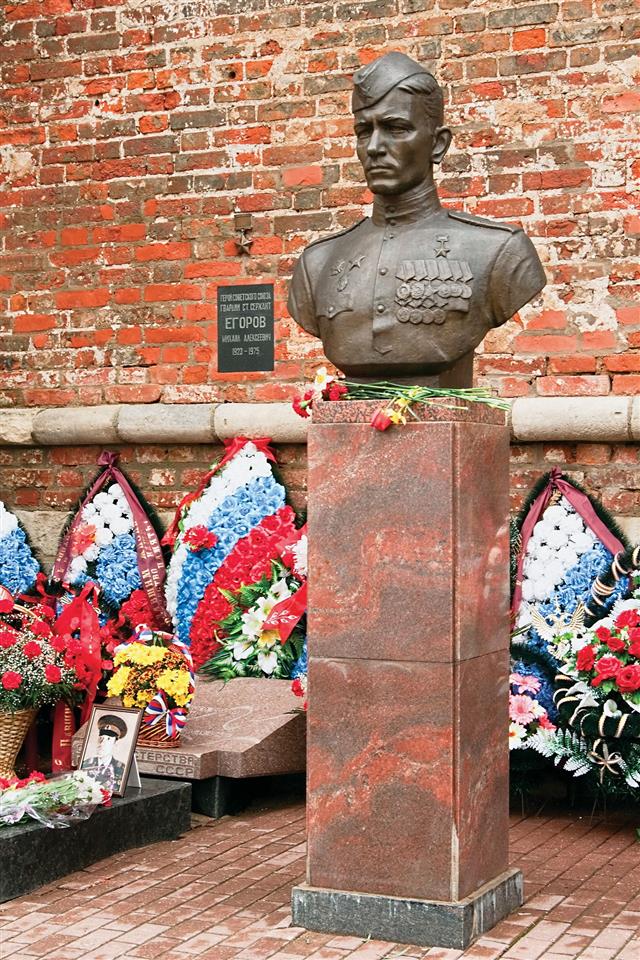 President Herbert Hoover established the Department of Veterans Affairs on 21st July, 1930 to serve the needs of all veterans.

The Great Depression was one of the greatest catastrophes of the American history. Conditions had deteriorated all over the country due to unemployment and economic crunch, the conditions were so bad that the government had to devise plans into letting unemployed people sell apples for a living. It is said that there were 700 apple sellers in Detroit alone. Many of the World War I veterans were facing similar conditions as most of them had lost their jobs and fortunes, and the only way left was to cash in the bonus in lieu for their war services.

Demanding an immediate relief from the government they marched in numbers towards Washington D.C. Their unarmed upheaval drew nationwide attention. However, many in the government believed them to be a threat to national security, and strict action was taken up against the demonstrators which led to an increased anger among the American masses.

After World War I, the U.S. federal government carefully conceived that its war-risk insurance policy plan would satisfy the American soldiers and sailors, and that there would be zero demand for no loss compensation during the World War I by the veterans. In spite of that in 1924, Congress enacted a law, presided over the veto of President Calvin Coolidge. It legally provided an adjusted compensation based on the length of service, with a special favor on service overseas.

Veterans up to the rank of ‘Major’ with at least 60 days service got entitled to a dollar for each day of domestic service up to $500 and $1.25 for each day of overseas service up to $625. The service certificates that each received in 1924 (in lieu of cash) accumulated compound interest, resulting in an average payment of about $1,000 for each veteran by 1945.

Congress advocated a trust fund with the appropriation of twenty annual installments of $112 million each in order to meet with the full payment demand of the certificates in 1945. This would approximately yield $2.24 billion. By April 1932, there were 3,662,374 outstanding certificates, bearing an aggregate face value of $3.638 billion.

By this time, eight annual installments of $112 million had been paid into the fund by Congress, making a total of $896 million, and accrued interest had added $95 million, bringing the fund to $991 million.

By 1930, the country got gripped in severe depression. In 1931, Congress expanded the privilege of borrowing with an amendment adopted over the veto of President Herbert Hoover, increasing the loan value of the certificates from 22 1/2 per cent to 50 per cent of face value. By April 1932, loans amounting to $1.248 billion were outstanding. The difference between this figure and the total face value of the certificates, $3.638 billion, was $2.390 billion. This was the additional amount the veterans would receive if Congress approved the new proposal for immediate redemption of the certificates through President veto.

The federal reserves were facing extreme crunch due to the ongoing depression and the bonus issue was a topic of hot discussion in the legislature. The veterans on the other hand wanted an immediate relief from their cash strapped situation and so started to rally together to press their demands in front of the Congress.

By 1932, veterans were desperate for economic relief and wanted the bonus to be paid immediately. On 15th March, 1932 Walter W. Waters an unemployed war veteran from Portland, Oregon rallied other veterans in the Portland area, and advocated them to march on Washington, D.C., to influence legislation for the bonus in person. Soon, about 300 of them joined the cause and hopped on trains towards the capital.

The media soon got wind of this rebellion and spread across the news over radio stations due to which an increased number of veterans joined the cause from all over the nation. They called themselves the Bonus Expeditionary Force (BEF) but soon were dubbed as the Bonus Army. Over 40,000 marchers came down over the capitol along with their families.

Over the days the Bonus Army built a makeshift town across the Potomac River in Anacostia Flats. The campsite was built with whatever junk materials that was available and some lodged themselves in empty buildings downtown. Despite the large swelling numbers, they were peaceful and organized. Walter Water announced that there would be “no panhandling, no drinking, no radicalism,” and that the marchers were simply “going to stay until the veterans’ bill is passed.” Mockingly, the encampments were dubbed as Hoovervilles as President Herbert Hoover remained inconspicuous of the situation.

Throughout the peaceful protests Washington Police Superintendent, Pelham D. Glassford treated them with considerable respect and care. On 15th June, 1932, the House of Representatives passed the Patman Veterans Bill in spite of severe opposition from President Hoover.

17th June,1932, was described as the ‘tensest day in the capital’, the Senate voted against the dispersing of the bonus money on a vote of 62 to 18. As a meager gesture both houses of Congress offered the veterans transportation money for returning to their homes. Walter Waters, the leader of the Bonus Army, conveyed this message to the 10,000 gathered onlookers who reacted with stunned silence. He then commanded them to Sing America and go back to their encampments which they did. Most of the veterans were exhausted by their stay in the sweltering capital and accepted the travel funds; however, about 2,000 determined protesters remained.

The Congress adjourned its session for summer and the Hoover administration remained concerned over the veterans who had stayed back. Rumors of ‘red scare'(communist agenda) began doing the rounds and many government officials feared that the Bonus Army was part of the Communist conspiracy and would retaliate with violent protests.

Army Chief of Staff Douglas MacArthur was so convinced that the march was a communist conspiracy to undermine the government of the United States as well as procure funds from a nearly wiped out federal treasury. It was later found by MacArthur’s own General Staff intelligence division that only three of the twenty-six leaders of the Bonus March were communists.

On 28th, July 1932, the U.S. Attorney General ordered Washington police to drive the marchers from their main camp. When veterans resisted, police officers fired weapons and shot two veterans both of whom later died due to critical injuries. Thus fearing a rebellion President Herbert Hoover ordered Army Chief of Staff Douglas MacArthur to take control of the situation and ordered him to “surround the affected area and clear it without delay.” The army, paraded in with infantry, cavalry, and six tanks which rambled into Anacostia Flats forcing the Bonus Army to flee, and got their shanty settlements burned.

The infantry later fired tear gas canisters to push the marchers away from the capitol sector, primarily Pennsylvania Avenue and the White House. At this point, President Hoover ordered an end to the operation but Gen. MacArthur, however, persisted, and the attack continued. There were numerous injuries which included a miscarriage by one veteran’s wife and three minor deaths due to tear gas inhalation which included a 12-year old boy named Bernard Myers and two infants.

By the time the army encounter was over, two marchers were dead, thousands were tear-gassed and countless homeless veterans were driven violently from the capital. The whole of America was shell shocked at this incident and expressed their contempt over the violent treatment of the war veterans who were unarmed. The immediate effects were that President Hoover lost the next election and Congress passed the Adjusted Compensation Payment Act in 1936 authorizing the immediate payment of the $2 billion in WWI bonuses through the President’s veto.

The most direct and arguably the most significant result of the Bonus Army’s march on Washington was the creation of the Serviceman’s Readjustment Act of 1944, universally known as ‘the G.I. Bill’. In order to avoid situations like the previous discontent of World War I veterans President Roosevelt proposed special benefits in July 1943 for returning World War II veterans which included house loans on low interest and monetary funds for higher education. For the first time, the G.I. Bill made wartime service a means of social progress and also secured the veterans a position as respected social class in America. 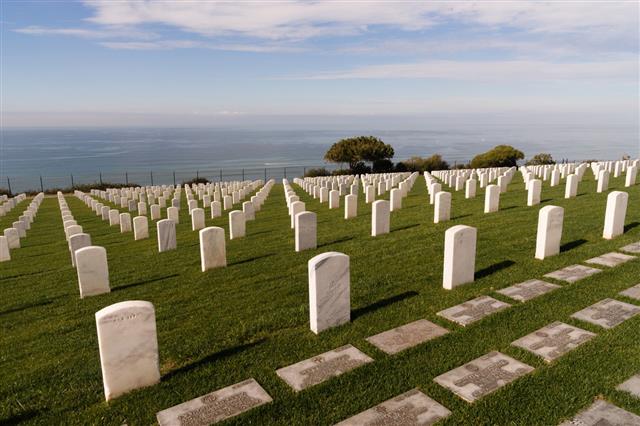