Interesting Information About the Historic Espionage Act of 1917

To protect government documents, information from getting into wrong hands during World War I, a historic act passed by the U.S. government which was to impose penalties on those involved in spying and eradicate the poison of disloyalty. Read more about the Espionage Act of 1917.

Home / Uncategorized / Interesting Information About the Historic Espionage Act of 1917

To protect government documents, information from getting into wrong hands during World War I, a historic act passed by the U.S. government which was to impose penalties on those involved in spying and eradicate the poison of disloyalty. Read more about the Espionage Act of 1917.

The silent motion picture The Spirit of ’76 which was released just a month after America entered World War I, depicted multiple atrocities committed by the British during the war. It was confiscated by the U.S. government on the grounds that it was aiding the German enemy. 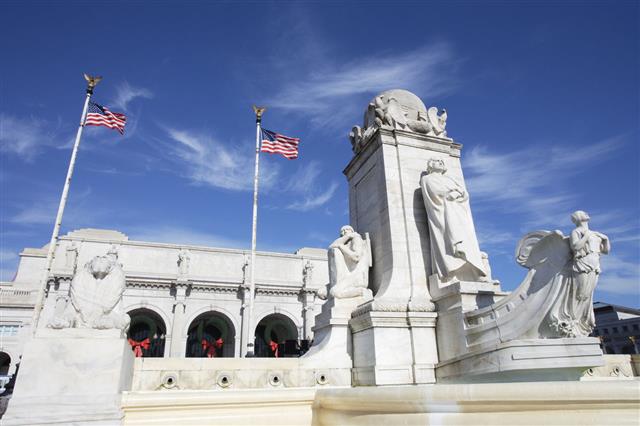 The film’s producer, Robert Goldstein, was sentenced to three years in prison for making the film and restoring the objectionable, deleted scenes in the film. At present, no known print of the film exists, and it’s categorized as a lost film.

Considered as one of the most controversial laws in the American history, The Espionage Act, was first conceived in December 1915, but, it was only on June 15, 1917 that it was passed as a law. The main reason involved in passing this act by the Congress was to aid America in coming out victorious in the World War I.

Some historians argue that it was an obstacle to the freedom of speech, while others support it saying that it was duly important in safeguarding the national interest at the time of war.

Legal Definition of The Espionage Act of 1917

The Espionage Act is a federal legislature enacted in 1917, it punishes espionage, spying, and related crimes. The Act prohibits various other activities, including certain kinds of expression.

The Act pursuant to 18 U.S.C. §793, provides that a person will be punished with fine or imprisoned for not more than ten years if she/he copies, takes, makes, or obtains, or attempts to copy, take, make, or obtain any sketch, photograph, photographic negative….. appliance, document, writing, or note of anything connected with the national defense.

The Act deems any person a criminal if she/he is found obtaining information with respect to the national defense with a reason to believe that the information to be obtained is to be used to the injury of the U.S.

Summary of The Espionage Act of 1917

► During his campaign for presidency, Woodrow Wilson, stood on the affirmed ground that America would not deal with― the ongoing Great War (World War I) in Europe.

► But a lot of events culminated in the participation of the U.S. in the World War I, for instance, the luxury liner Lusitania was sunk by a German U-boat killing 128 Americans. According to the Zimmerman letter, Germany was coaxing Mexico to go against America, and there was danger that Great Britain would eventually collapse under German pressure.

► President Woodrow Wilson was successfully re-elected for the second term, and he decided that due to the ongoing catastrophic events, the U.S. would join forces in World War I. This led to mass war criticism making it difficult for the government to recruit soldiers for the war.

Another growing concern for the government was major opposition by the Industrial Workers of the World ( IWW a.k.a The Wobblies) who were sympathetic towards the Global Labor Movement, and felt that the U.S. was wrongly opposing nations with large labor movements.

► In order to curb all the existing threats from the opposition groups and to safeguard national security, Congress passed the federal law called the Espionage Act on June 15, 1917. There were already a lot of laws pertaining to espionage and sedition, but this act was based mainly on the Defense Secrets Act of 1911.

By this act, the severity of the punishment towards a person caught committing treason or engaging in acts of espionage was unthinkable, leading even to a possible death penalty.

► The Espionage Act meted out a penalty of up to 20 years imprisonment for anyone convicted of interfering with military recruitment, sharing government defense secrets, or threatening national security. The law also levied fines of up to $10,000 for those convicted.

It also gave additional powers to the Postmaster General to confiscate any mail that might be deemed seditious or treasonable. This law also extended over an individual who indirectly participated in group conspiracies that threatened national interest, and also over those who failed to report such crimes.

► In the earlier drafted version of the bill, President Wilson had included censorship of the press, but this did not get enough support from the Senate; hence, it was later excluded. The act further strengthened when it received legislation amendment in the Sedition Act of 1918.

Aftermath of The Espionage Act of 1917

► Records suggest that around 900 people were imprisoned under this act including public figures like Eugene V. Debs, Philip Randolph, and Emma Goldman. Eugene V. Debs was an influential orator and public figure, he was also an American union leader, and one of the founding members of the Industrial Workers of the World (IWW or the Wobblies).

He was nominated five times as the candidate of the Socialist Party of America for the post of President of the United States. His famous speech against the Wilson administration on June 16, in Canton, Ohio, urging resistance to the military draft of World War I, led to his arrest on June 30. He was charged with ten counts of sedition.

► Around 450 were imprisoned as they opposed the participation of the U.S. in World War I. In 1918, a socialist journal known as ‘The Masses’ was forced to stop publication as it was accused of causing widespread disparities against the government through its articles and cartoons.

► Under this act, around 245 people were deported to Russia by the then Attorney General, A. Mitchell Palmer, and his assistant, J. Edgar Hoover, accusing them of treason and supporting left-wing politics.

► This continued during the Red Scare of 1919-1920 and around 1,500 people were arrested under this act for disloyalty towards the government.