Why Did the US Enter WW1? Real Reasons That No One Ever Told You

Historians are divided over why the United States entered WW1 in 1917 after having stayed neutral for nearly three years. We will see what prompted President Woodrow Wilson to take a decision that he had avoided for most part of the war.

Home / Uncategorized / Why Did the US Enter WW1? Real Reasons That No One Ever Told You 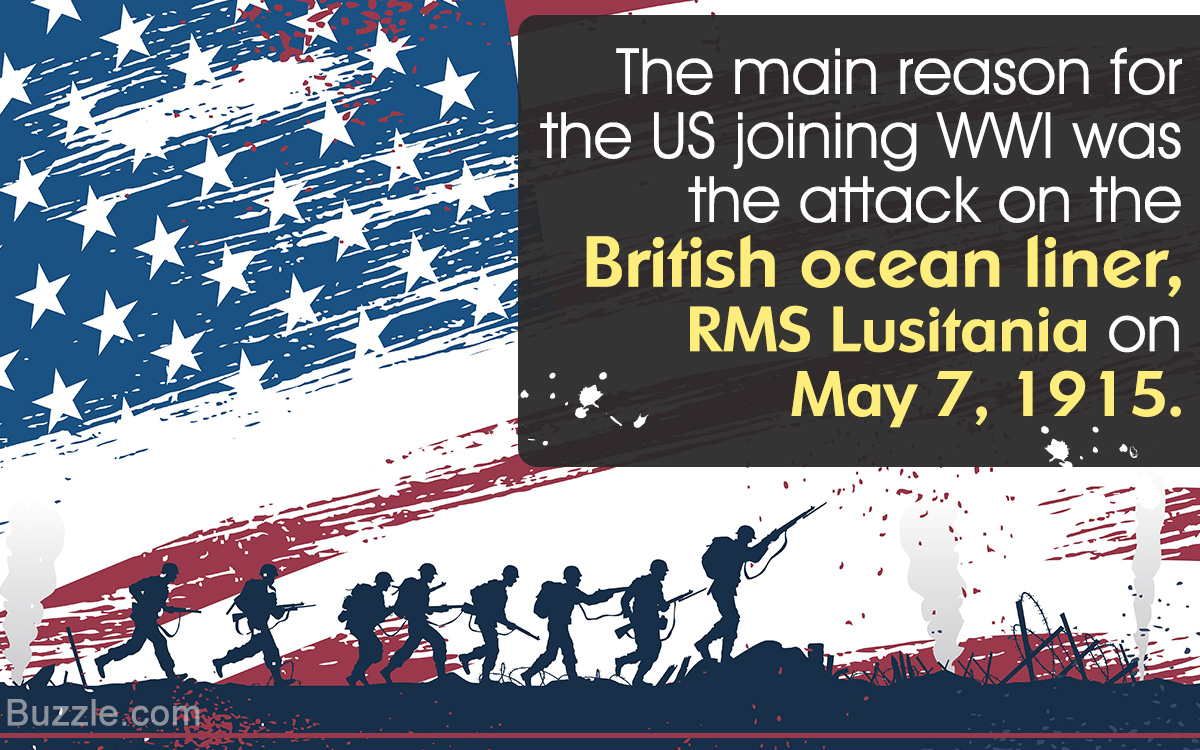 Historians are divided over why the United States entered WW1 in 1917 after having stayed neutral for nearly three years. We will see what prompted President Woodrow Wilson to take a decision that he had avoided for most part of the war. 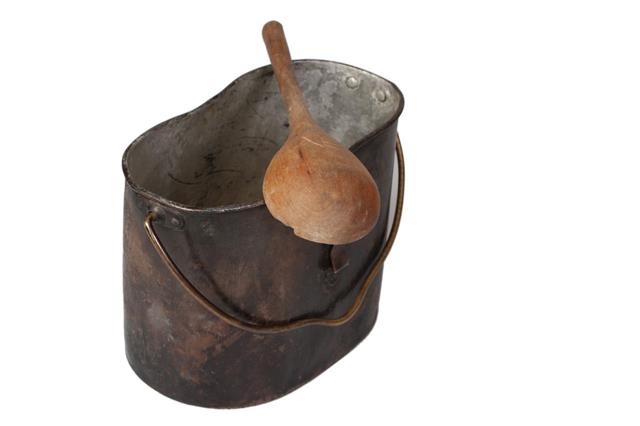 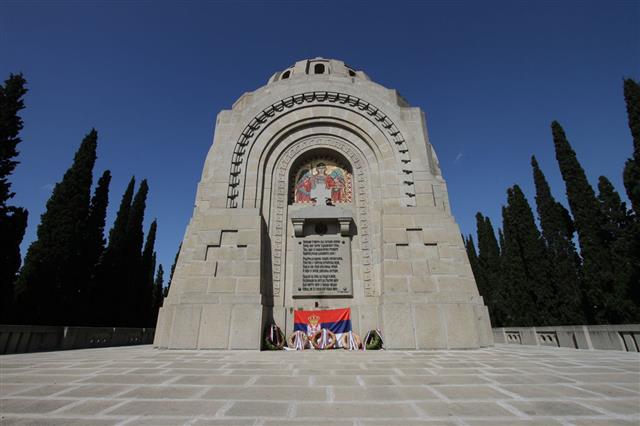 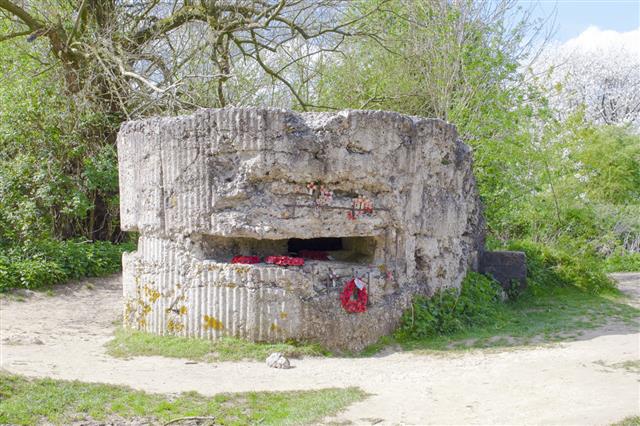 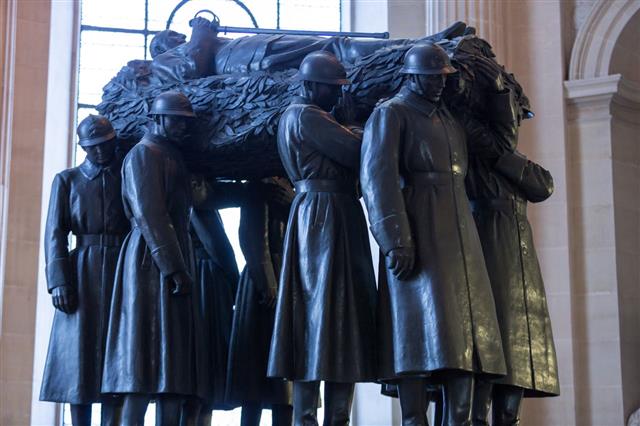 The Assassination of Archduke Franz Ferdinand

On June 28, 1914, Franz Ferdinand was assassinated by 19-year-old Gavrilo Princip in Sarajevo. The turn of events following his assassination laid the foundation of the first World War.

August 19, 1914: President Woodrow Wilson declares that the United States of America would remain neutral in this conflict.

February 22, 1917: The US gears up for a war with the Congress passing the $250 million Arms Appropriations bill.

April 2, 1917: President Wilson delivers his famous war message to a special session of the Congress.

In July 1914, Austria-Hungary took an aggressive stand against Serbia, whom they blamed for the assassination of Archduke Franz Ferdinand. Threatened by Austro-Hungarians, Serbians asked Russia for help, and they were happy to oblige. Fearing Russia aggression, Austria-Hungary turned to Germany for help and with their support, declared war on Serbia. Other countries, including Britain and France, joined World War I out of obligations. When Germany attacked Russia, for instance, France was obligated to declare war on Germany, as it had signed a treaty with Russia. When Germany marched through Belgium to attack Russia, the Brits were obligated to help Belgium because of a treaty they had signed with them.

Until April 6, 1914, the only role that the then-neutral United States played in World War I was that of the arms supplier. When the war began in 1914, even the public opinion was in favor of staying out of the conflict, and therefore, President Wilson’s pledge of neutrality didn’t come as a surprise.

Why did the United States Join World War I?

A whole lot of sources say that the main reason for the US joining WWI was the attack on the British ocean liner, RMS Lusitania on May 7, 1915, which left 1,200 people―including 128 Americans―dead. That, however, is not the case. The sinking of Lusitania is one of the many reasons that eventually led to the US joining this war. The attack on Lusitania took place in 1915, but the US declared war on Germany only in 1917.

In between these two events, much of the water had gone under the bridge. In fact, President Wilson’s famous war message to a special session of Congress only came after a series of unsuccessful attempts to make peace over the course of the first three years of war.

✦ During the period of neutrality, American bankers were allowed to lend money to either sides involved in the war in what was referred to as the policy of fairness. Even trade with both sides was open.

✦ Things changed when the Brits decided to enforce a naval blockade of the German coastline, thus hindering the trade between the United States and Germany.

✦ In response, the Germans retaliated with unrestricted submarine warfare or U-boat Campaign, torpedoing armed merchant ships plying the trade routes of the Allies without any warning.

✦ RMS Lusitania was not the first casualty of Germany’s unrestricted submarine warfare, but the loss of 128 American lives in this incident and three more in the torpedoing of SS Arabic on August 19, 1915, prompted President Wilson to take a stand on the issue.

✦ Following the torpedoing on a French passenger ferry, SS Sussex on March 24, 1916, Wilson threatened to sever diplomatic ties with the Germans if they were to continue this practice.

✦ The Sussex Pledge was an attempt to buy time and keep the United States out of the war. In December 1916, Admiral von Holtzendorff submitted a memorandum, which suggested that the reintroduction of unrestricted submarine warfare would guarantee the defeat of Allied Forces within six months.

✦ On January 31, 1917, Germany conveyed to the US its decision to reintroduce unrestricted submarine warfare from the very next day, i.e., February 1, 1917. In doing so, the Germans ignored the warning of Theobald von Bethmann-Hollweg, the then Chancellor of Germany, who was of the opinion that such a step would draw the US in the war.

✦ Once again, the German U-boats were authorized to torpedo any ship that they thought was providing any sort of aid to the enemy. On February 3, 1917, the American cargo ship, Housatonic, was torpedoed by German submarines.

✦ On the same day, President Wilson severed ties with Germany. However, targeting and sinking of American ships continued throughout February and March. And then came the Zimmermann Telegram, which changed the tide of public opinion in the favor of declaration of war.

✦ Amidst all the chaos revolving around German aggression in the Atlantic, the United States came to know that Germany was wooing Mexico to join forces, in case the US was to join the war.

✦ This ploy came to light when the British naval intelligence, on January 19, 1917, intercepted a telegram sent by the German Foreign Minister, Arthur Zimmermann to the German Ambassador in Mexico City. In return, the Germans were to help the government of Mexico to recover the territories of Texas, New Mexico, and Arizona that they had ceded to the US in the aftermath of the Mexican-American War.

✦ After a brief hesitation fearing that the Germans would come to know that they had broken their code, the Brits handed this telegram to the United States on February 24. The same was eventually published in the newspapers, and that played a crucial role in changing the public opinion in the US.

✦ Overall, the Germans had made it clear that they had no intentions to end this conflict. They were perhaps confident that the US would never join the war.

✦ The latter though, proved them wrong and joined the war with the Senate voting in favor of the same on April 4, 1917, and the House of Representatives upholding it on April 6, 1917. That gave a much-needed boost to the Allies not just on the military front, but also on the economic front. After all, they were saved from an evident bankruptcy that they would have endured, had they continued spending on arms and supplies.

✦ In the aftermath of the US entry in WW1, a counter strike by the strengthened Allied Forces, worsening conditions at home, and desertion by its allies―notably Austria-Hungary and Bulgaria―resulted in the Germans formally surrendering on November 11, 1918.

Like we said, historians are disunited over why President Wilson chose to join WW1 only in 1917.

(i) Some say that too much was at stake for the US on the economic front. They had already invested over $2 billion in the war, and the chances of recovering this money would have become bleak, in the event of a loss for the Allied Forces.

(ii) Some argue that by then, it had started to look like the Germans were going to be defeated, and the US didn’t want to miss the opportunity to pitch itself as the savior of democracy.

(iii) Then there is a third lot who believe that it was Britain who manipulated the US into joining the war by strategically timing the Zimmermann telegraph revelation.

Nevertheless, we often state that the US joined WW1 on April 6, 1917 after a nod from Congress. That, however, was the moment when the US had officially joined the war. Unofficially, it had become a part of the conflict the moment President Wilson placed the US navy personnel on civilian ships to protect them from the German attacks, citing an archaic anti-piracy law. In accordance to the International law, this step in itself constituted an act of war. 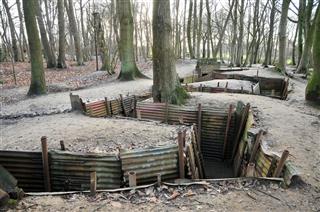 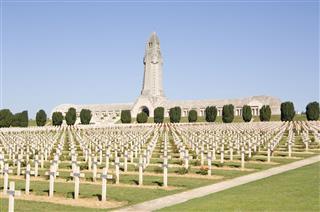