Bone-chilling Yet Interesting Facts About the Spanish Inquisition

Home / Uncategorized / Bone-chilling Yet Interesting Facts About the Spanish Inquisition 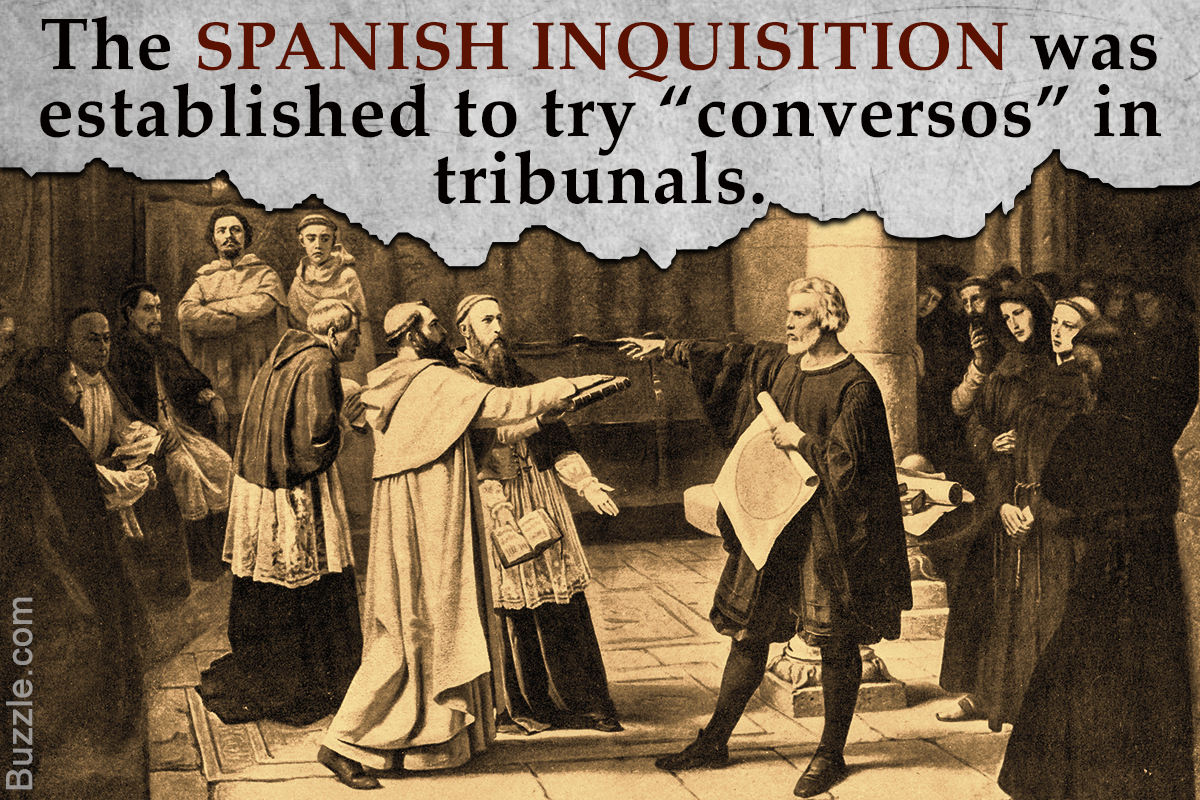 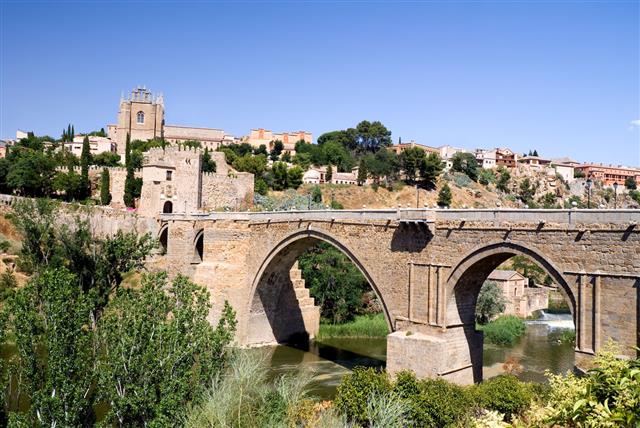 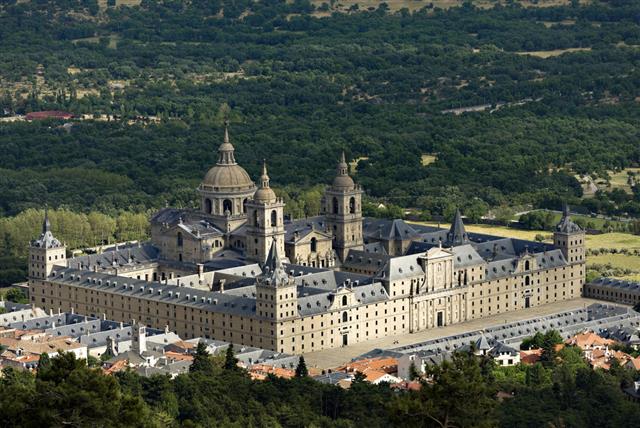 ”Spirituality can go hand-in-hand with ruthless single-mindedness when the individual is convinced his cause is just.”
―Michela Wrong

If you know anything about history, then the words Spanish inquisition are sure to send chills down your spine. The tales of monstrous tyranny imposed by the sinister Church and state officials, in an effort to wipe out heresy, are both startling and appalling. The stories of the fearful, macabre horrors of the dungeons during the Inquisition have been captured by the powerful prose of Edgar Poe’s short story, The Pit and the Pendulum.

Inquisitions were not something new in European history. These Roman Catholic tribunals were established for the discovery and punishment of heresy. These tribunals were marked by the severity of questioning, lack of rights of the accused, and rigorous punishment. While most people associate inquisitions with Spain, these tribunal courts were actually officially started by Pope Gregory IX.

In 1231, Pope Gregory IX issued a decree, that set up a system of tribunal courts that would try heretics and punish them. The decree offered life imprisonment with salutary penance for a heretic who confessed and repented, and capital punishment for those who persisted. The Medieval inquisition, as it was known, later sought to eliminate the Cathars and the Waldensians in southern France.

The Spanish Inquisition, also known as the Tribunal del Santo Oficio de la Inquisición, was officially established by a papal bull, Exigit Sincere Devotionis. It was issued by Pope Sixtus IV on November 1, 1478.

The inquisition was requested by the sovereigns of Spain, Queen Isabella of Castile and King Ferdinand V of Aragon, who were married in 1469 in order to consolidate their kingdoms and form a power base in Spain.

Unlike inquisitions in other regions of Europe in the past―notably in France and Italy, where the Church remained the ultimate authority over the prosecution of heretics―the monarchs, Ferdinand and Isabella held civil authority over the Spanish Inquisition.

The Spanish Inquisition was not just limited to Spain, but also spread to Spanish-controlled colonies in the New World, including Mexico.

Tomás de Torquemada, a Spanish Dominican monk, was appointed to the position of Grand Inquisitor of the Spanish Inquisition. A strict advocate of Church orthodoxy, his religious fervor and obsessive quest to root out heresy in Spain earned him the title of ‘The Hammer of Heretics’.

Reasons for the Spanish Inquisition

Expulsion of Jews from Spain in 1492

The Catholic sovereigns of Spain wanted a united country, and they believed this could happen only when everyone embraced Catholicism. Heretics were considered traitors to God and King, and therefore deserved death.

The focus of the Spanish Inquisition was on the dissident Christians, and members of spiritual movements such as the Cathars. Catharism believed in the idea of two Gods or principles, one being good, the other evil. The good God was the creator of the spiritual realm as opposed to the bad God, or Satan, who was the creator of the physical world and all visible matter, which was thus tainted with sin.

The conversos or the Jews who outwardly converted to Catholicism to escape persecution, were also subject to trials during the inquisition. The inquisition sought to punish Jews who had converted to Christianity but were not really ‘sincere’ in their conversions. They were known as marranos. The office of the Inquisitor General issued notices that urged Catholics to spy on their neighbors and gave pointers to identify the marranos. Some of these pointers to identify insincere conversos were, ‘If they clean their houses on Fridays and light candles earlier than usual on that night, they are Jews’.

The Spanish nobility was obsessed with the notion of sangre limpia, or pure blood. They believed a person with untainted lineage was closer to God and had a better chance of entering the Kingdom of Heaven after death. Since the Jewish community had thrived in Spain for centuries, it was not unusual for Jews to marry Christians. This did not go down well with the monarchs.

The Jewish and converso population was an integral part of the Spanish economy which was at a peak during that time. The Jews profited from usury (lending money for a fee), which was prohibited by Catholicism. The expansion their wealth and political power in Spain caused resentment, envy, and a subsequent backlash, particularly by the aristocratic and middle-class Old Christians.

Money was also one of the reasons for the Spanish Inquisition. After the fall of Granada, the last Muslim stronghold on the Iberian Peninsula, money was needed to rebuild the Spanish kingdom. Rather than taxing the Jews, confiscating their vast wealth was an easier solution.

On August 2, 1492, the Jews were sent to exile. Many affluent Jews tried to reverse the edict, by offering the monarchs 300,000 ducats for a reprieve. Although the monarchs were tempted to yield, the Grand Inquisitor Tomás de Torquemada was furious with this. He walked into the royal court, carrying a crucifix and told the monarchs, “Judas Iscariot sold Christ for 30 pieces of silver. Your Highness is about to sell him for 30,000 ducats. Here he is. Take him and sell him.” The Jews lost and were exiled, leaving behind large amounts of valuables and other assets.

The persecution of the Muslims, or ‘Mudéjar’ did not take place till the 16th century. Between 1609 and 1614, more than 250,000 Muslims were driven out of the country. Rather than religious problems, the inquisition targeted Muslims because of social reasons.

Trials and Punishment During the Spanish Inquisition

During the Spanish Inquisition, the procedure of trials was quite different from other inquisitions, where suspects were simply arrested and tortured. The first step of the trial was a public reading of an edict of grace at the local parish of the suspected heretic. Read out during High Mass, this edict gave the heretics a period of 40 days to come forth and confess their sins. This was often followed with a second and third edict.

The heretics who confessed were absolved of their ‘sins’. However, during the grace period, anybody could testify against him, including neighbors, relatives, criminals, and other heretics. If two people of good character testified against the heretic, then he or she was taken to court. If the court found the statements of the suspect heretical, or if five people testified against the suspect, then he or she was imprisoned.

Within three days of his arrest, the prisoner was granted a hearing, and was given the ‘chance to confess and be reconciled’. In case the suspect did not confess, a second and third hearing was held.

Even after repeated hearings, if the guilt of the suspect was not established, then torture was used to coax a confession. The first step was the ‘ordeal by water’ or the ”water cure’, where water was forced down the suspect’s throat. This led to extreme pain in the stomach, and the impression of drowning. In case this did not lead to a confession, then the rack was used.

The rack was a torture device, wherein the accused would be laid face-up on a table. He was bound with ropes at the wrists and ankles. These were pulled in increments to produce dreadful pain.

If repeated torture did not elicit a confession, then the person was found guilty and sentenced to death by burning at the stake.

The execution of the heretics took place in a public ceremony, known as auto-da-fé (act of the faith). Done to strike fear in the hearts of the public and to humiliate the suspect, the ceremony involved the suspects being burnt at the stake as a huge crowd watched on.

Confessions at the last-minute sometimes earned mercy, and were more often distrusted. This is the reason the suspects were gagged before being burnt at the stake. The condemned were allowed some degree of mercy if they recanted and kissed the cross. In such cases, they were garroted (a tightened iron collar was used to strangle the neck) before being burnt. If they only recanted, then quick-burning seasoned wood was used for burning, while slow-burning green wood was used for the condemned who failed to do either.

The Spanish Inquisition lasted for 336 years, and was finally abolished in 1834. Although numbers are hard to find, it is estimated that in the first fifty years, nearly 2,000 executions were held. Many people feel that although it has often been portrayed in a bad light, the Spanish Inquisition was, in fact, quite moderate in terms of brutality and killings, as opposed to the witch-hunts which happened during this time in various European countries.

The Spanish Inquisition may have converted a lot of people to Catholicism, and achieved its goal of maintaining authority and discouraging rebellious behavior, but it extracted a huge cost. Most of the people executed were Jews. The exile of the affluent Jews and other economically affluent citizens of Spain, along with the feelings of fear and mistrust, caused huge damage to the country, socially and economically. From being an economic powerhouse, Spain fell far behind as compared to its other European counterparts. 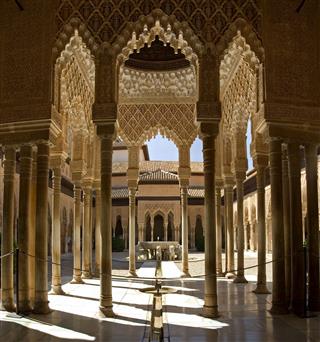 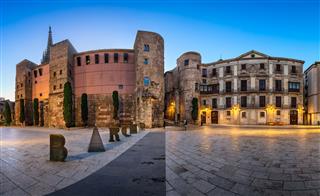