Italian Flag Colors – Here is an Explanation of What They Mean 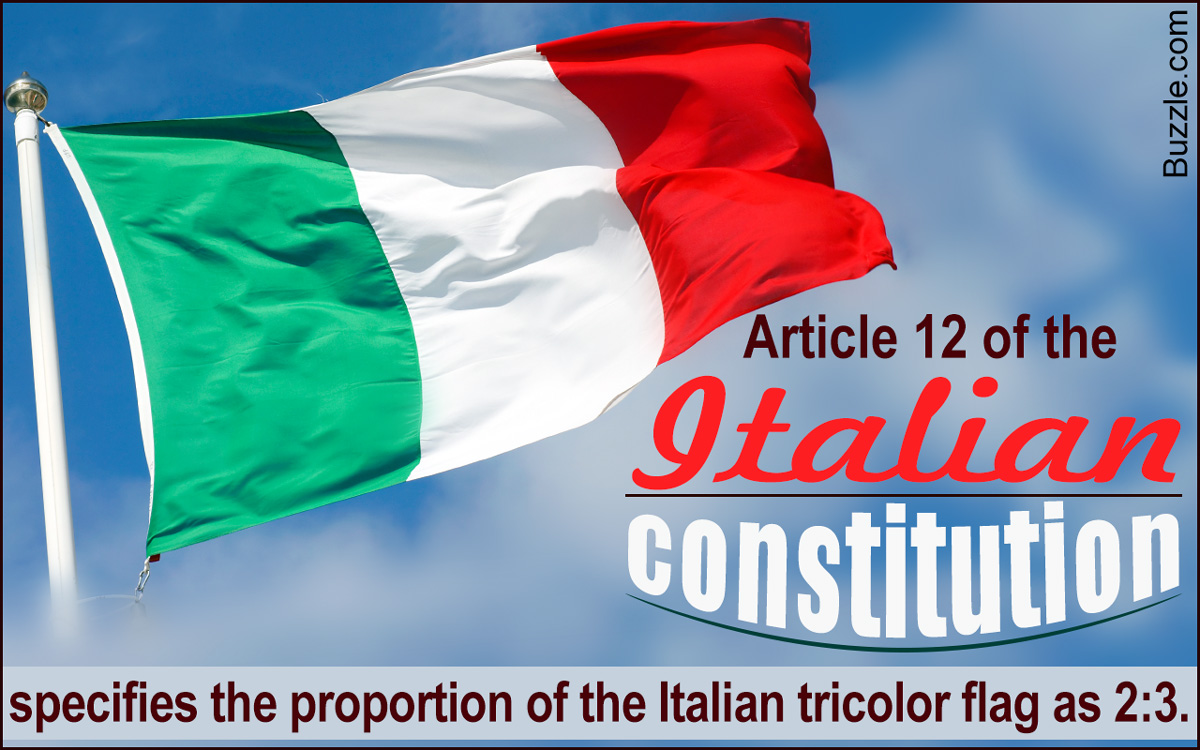 As a nation, Repubblica Italiana or Italy has a long history. Known as the cradle of European culture, for the longest time it was the political center of the Western civilization. The national flag of the country has had as long a history as the history of the country itself.

The first version of the flag was adopted more than two hundred years ago and the present-day flag of Italy was adopted in the year 1948. The one thing that has remained consistent in these 200 years have been the colors of the flag which are green, white, and red. 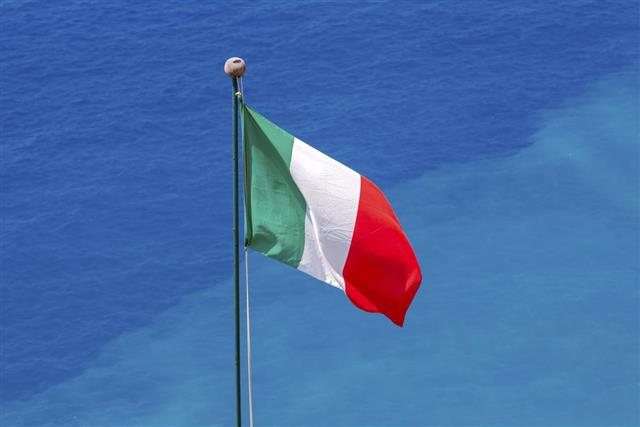 The earliest use of a flag that bore some resemblance to the present day flag of Italy was in 1797. This tricolor was hoisted by the Cispadane Republic after Napoleon’s army entered Italy. The colors used by the republic were red, white and green.

The red and white were a representation of the flag of Milan and the green color was chosen as it was the same color as the uniform of the civic guard of Milan.

The tricolor was adopted on the 7th of January 1797 with the declaration, “to make universal the … standard or flag of three colors, green, white and red…” The flag was square in shape with the red band being the uppermost, the white in the center and the green at the bottom.

In the middle of the flag was a symbol consisting of a trophy of arms and four arrows representative of the four states that made up the republic.

From 1799, the Italian republic used the same flag with a golden Napoleonic eagle as the symbol on the heart of the flag. The shape of the flag was changed to a rectangle as well. This flag remained in use till Napoleon’s rule ended in 1814.

Over the years, different versions of this flag were used with the same three colors. The designs though, differed depending on who ruled over the country.

The various symbols and signs that have been at the center of the Italian tricolor include the Savoyan coat of arms, Habsburg-Lorraine coat of arms, Bourbon coat of arms, a triskelion (a sign that consisted of three bent human legs which were symmetrical on rotation), and the winged lion of St. Mark.

The flag also had the word, Dio e Popolo inscribed on it in the center when it served as the flag for the Roman Republic. Under the Nazi regime, Northern Italy had a flag that was very similar to the present-day flag of Italy.

But this flag was hardly seen, as the war flag with the image of a silver eagle holding a bundle of lictors in its claws was more prominently flown and used.

The present day flag of Italy was adopted under the Article 12 of the Italian constitution on the 1st of January 1948, stating, “The flag of the Republic is the Italian tricolor: green, white and red, in three vertical bands of equal dimensions.” The proportion of the flag is specified as 2:3 and it is a vertical tricolor.

The colors of the Italian flag are green, white and red, in that order. In 2003, after being in use for almost 200 years, the specific shades of the colors was determined by the Italian government. These shades are fern green, bright white and flame scarlet.

The meaning of flag colors has been debated quite a bit. There are some people who believe that the green is a representation for the plains and hills of the country, the white, a symbol of the Alps, and the red color is in honor of those who lost their lives in the Wars of Italian Independence.

There are others who believe in a more theological meaning of the colors, with the green as a symbol of hope, white for faith, and red for charity.

The protocol for flying the Italian flag and the different specifications of it are specified by the Article 12 of the Italian constitution. This law lays down the rule for the display, for not just the Italian flag, but also the European Union flag, since Italy is a member of the Union.

The protocol for flying a flag remains the same in most countries, for national and international exposure events. These provisions are: 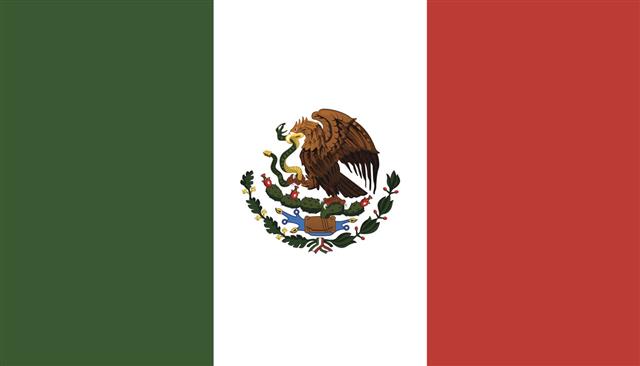