Jacksonian Democracy and its Characteristics and Significance

The Jacksonian Democracy not only depicted the democratic political revolution led by President Andrew Jackson but also ushered the epoch era of the "common man". The party dished out various economic and democratic reforms that allowed the layman to participate in politics as well as improve the country's patronage. Historyplex defines the Jacksonian Democracy with its Characteristics and Significance.

Home / Uncategorized / Jacksonian Democracy and its Characteristics and Significance

The Jacksonian Democracy not only depicted the democratic political revolution led by President Andrew Jackson but also ushered the epoch era of the "common man". The party dished out various economic and democratic reforms that allowed the layman to participate in politics as well as improve the country’s patronage. Historyplex defines the Jacksonian Democracy with its Characteristics and Significance. 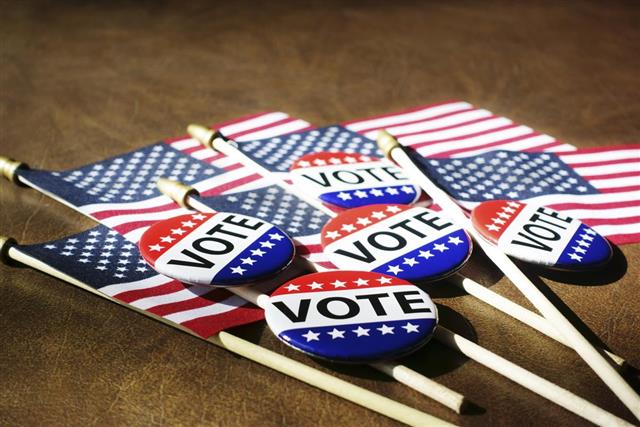 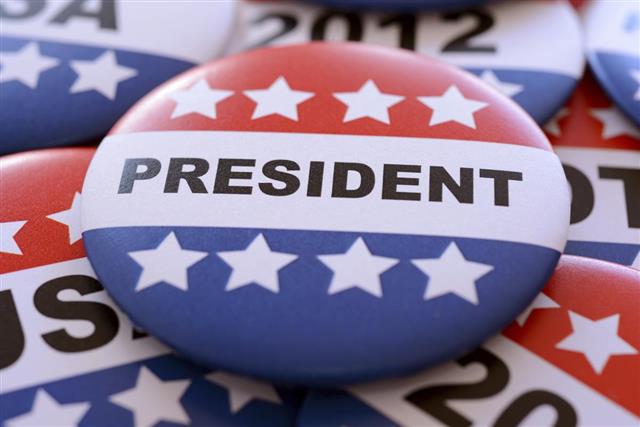 President Andrew Jackson relied on the valuable suggestions of his “Kitchen Cabinet,” an informal group of politicians and newspaper editors before finalizing any significant political policy. Their informal meetings were held in the White House kitchen, hence the term.

Before the Democrats took over the governmental scene, the political power was concentrated in the hands of a few wealthy elite and their political puppets. Common man had no say or involvement in exercising suffrage or participating in economic reforms. With the emergence of the Jacksonian Democrats this scenario was revolutionized, it became their primary duty to defend the government run by the people, as per the Constitution rights.

Jacksonian democracy introduced the system of employing and promoting civil servants who are supporters of the government in power followed by a policy of rotation in public offices which permitted more people to become engaged in governmental issues. This deepened the interest and the faith of the common man on the government and the Democrats. Due to the expansion of the suffrage policies, voter turnout doubled during the elections from 1828. Jacksonian policies established the fuller meaning of people’s rule. Given below are the salient features of these Jacksonian policies.

▶ The political situation during 1824 was roughly charged by an elite few. The preceding presidential candidates called for an open process of selection of candidates. Andrew Jackson emerged as the winner of the Electoral College followed by John Quincy Adams, as none of them had won majority of votes. The House of Representatives had to select between the two.

▶ Henry Clay, the speaker of the House of Representatives detested Jackson and forged an Ohio Valley-New England coalition through John Quincy Adams. He became the 6th President of the United States. In return for Henry Clay’s favor, John Adams named Clay as his Secretary of State. This arrangement, however, was denounced and termed as the famous ‘Corrupt Bargain’ by the supporters of Jackson. To Jacksonian, this alliance represented a crooked system where elite insiders engaged their own interests without heeding the will of the people.

▶ To change this kind of favoritism in politics, Jackson contested the presidential elections again in 1828. He won by huge margin thus paving the way for a revolutionized Jacksonian Democracy which also came to be known as the ‘Era of the Common Man.’

The new political party aided by the Vice-president came to be known as the Democrats. On the opposition wing stood the new party created by Henry Clay which came to known as the Whig Party who were the successors from the Federalist era of politics. The Democrats based their party on a laissez-faire policy, their working was based on pyramid structure that eased the communication among the party members with the general public.

Their primary aim was to enable the white population gain the democratic right to vote, earlier men who owned legal lands were only allowed to vote leaving the rest of the destitute population away from politics. Also there existed an irregular system of voting which differed from state to state. Under the Democrats, the voting rights were gradually expanded to include all white men and not just those who owned property. The party popularly emphasized on new ethos of ‘We the People’ as opposed to the selective elite.

By 1832, every state except for South Carolina had a democratic vote even for presidential electors. Jacksonian placed a high regard on voter involvement by using election tactics like parades. Due to all these considerable efforts, voter magnitude increased to almost 80 percent by 1840. However, women and slaves were still denied their voting rights. The party powerfully preached and implemented for direct election of local and state officials, judges and presidential electors. In addition, reforms in the political system made it easier for the common man to vote, and the secret ballot came into existence.

Until the 1820s, an individual voted by going to his city district electoral office and orally stating his preferences. The absence of a secret, written ballot resulted in detriment. Few would oppose to vote against a particular candidate when the room was packed with his admirers. Printed ballots gave the voter a more autonomous representation, even though initially the first ballots were published by the political parties themselves. Furthermore, many political positions became elective rather than being subjected to an appointed few thus making office holders more responsible to the general public.

By 1826, the provisions of the Maryland constitution that excluded Jews from practicing law and holding public office were also abolished, thus giving equal opportunity to all.

They structured their ideologies according to the Jeffersonian legacy and worked as a uncomplicated, economical, and non-intrusive government. They controverted against protective tariffs along with federal and state bank charters and internal melioration projects.

Jackson stated that duties, constructions, and corporate charters especially of banks, whose right of note issue gave them enormous leveraging over credit entry and the national currency were all devices to withdraw monetary funds from the low class to the high class, thus causing concentration of economic policies in the hands of chosen few.

Another prominent characteristic of the Jacksonian democracy was its confrontation with the national bank, the national bank worked on deficit spending. This scheme profited moneyed investors who could loan wealth to the national government. Hence, it was demolished by the democrats on the basis that it profited only wealthy investors and not the general public. Jackson conceived that the Constitution of the United States only gave the federal government fixed ways to control the economic system. The party also safeguarded the trade tariffs in order to assist American industries. It also went on a series of conflicts with the national bank, the Second Bank of the United States. In 1833, Jackson dictated the treasury secretary to draw back federal funding of the Second Bank in direct resistance to Congress.

Jackson invented the ‘spoils system’ that rewarded party loyalty by aiding its supporters with government positions, regardless of their educational qualifications, rather than handing the positions over to the elite.

The Jacksonian administration stayed aloof from all the major religious tensions of the era thus distinguishing between the church and the state.

Jacksonian democracy greatly followed the expansionist policies and enlarged the geographical territories of the United States.

They propagated the Manifest Destiny, an ideology and movement to vindicate American enlargement policies in the Western Hemisphere. Jackson supported the removal of the indigenous Native Americans to increase United States political and geographical territory.

In 1830, Jackson opposed the Congress and passed the Indian Removal Act, which enabled the government to clear the Native Americans from lands situated to the west of the Mississippi River. Specifically this act relocated thousands of Cherokees, Creeks, Choctaws, Chickasaws and others along the Trail of Tears, and American settlers began to use the former native lands.

The Democrat President James K. Polk further instigated the Jacksonian laws by major expansion of U.S. territories in the 1840s. Polk presided over the Treaty of Guadalupe Hidalgo in 1848, it established new U.S. territory in Upper California, New Mexico and present-day Arizona.

The Jacksonian democracy ushered in the presidential power thus officiating the President as the leader of the American democracy. He increased the use of the veto power to manipulate Congress according to his will and held the exclusive position of controlling the cabinet by debarring the Senate to sanction the dismissal of cabinet members.

▶ The Jacksonian Era revolutionized America for 22 years from 1828-1850, due to its expansionist policies and the easy availability of land along with industrialization. The urban population grew in the cities situated on the waterfront, especially new cities like Chicago came into existence nearly overnight. New York irrupted in size, nearly tripling population from 202,589 to 515,547 in those significant twenty years. In the 1830s, nearly 600,000 immigrants relocated to the United States, mainly from Europe, during the 1840s, that count increased to 1.7 million.

▶ Communications received impetus with the invention of the telegraph system in 1844, and by 1850, Americans could broadcast and receive contents to each other nearly instantly. Industrialization increased along with production and increase in advanced machinery.

▶ The political scene shifted from the privileged aristocrats to the laissez-faire Democrats, but negative effects also could be seen through women voters were still denied their voting rights and were legally under the dominance of their husbands. Free African-American slaves were still considered as second‐class citizens, slavery prevailed in the Southern states.

Moreover, the era witnessed the major relocation of Native Americans to the west of the Mississippi River and the accumulation of wealth in selective hands. But alterations in the public participation in politics through expanded voting rights and political reform crusades emerged to deal with the differences in the American society.

The Era of Jacksonian Democracy ended by the 1850s but it left behind a mighty legacy, intertwining equality and social class justness with the preconditions of white domination. Over the years after the Civil War, that legacy continued to be a significant bulwark for the new Democratic party. 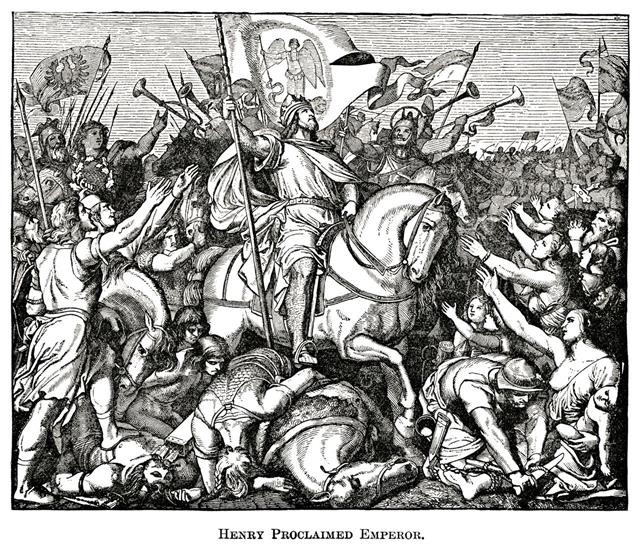