The Lend-Lease Act was an important piece of legislation which made the United States an indirect participant in the Second World War. In this Historyplex article, we shall provide the definition, facts, summary, and significance of the Lend-Lease Act of 1941. 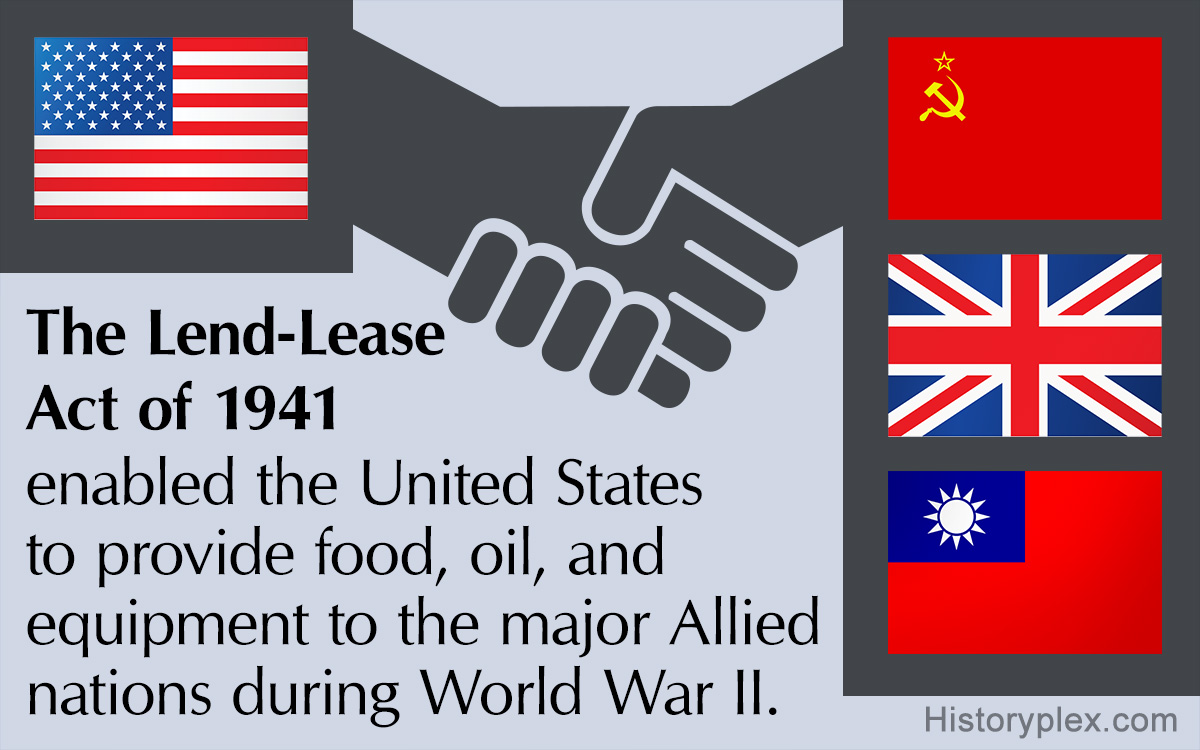 The Lend-Lease Act was an important piece of legislation which made the United States an indirect participant in the Second World War. In this Historyplex article, we shall provide the definition, facts, summary, and significance of the Lend-Lease Act of 1941.

When the Second World War started in 1939, American president Franklin Roosevelt was inclined to help the Allied nations against Germany and Italy’s Nazi and Fascist opposition. However, public and political opinion was against it. This was partly because World War I debts were still not paid, and also because the people did not approve of the bickering between the European nations. Another major factor was the recent economic recession of the 1930s, which made Americans unwilling to give away precious resources. Congress drew a number of legislations, including the Neutrality Acts, to stop America from getting involved in European Wars.

During the war, Allied nations such as Great Britain and France were the major purchasers of arms from the United States. However, mounting war expenses was making such purchases increasing difficult. Then, in 1940, British prime minister Winston Churchill sent a plea for help to Franklin Roosevelt, saying that Great Britain was in deep financial trouble, and would soon not be able to pay any money to America for purchasing weaponry. In response, Roosevelt created the Lend-Lease Act to help the Allies, without creating the risk of post-war debts.

The Lend-Lease act was passed in 1940 by Congress, and was the major factor that enabled the US to provide military aid in the form of goods and services to its foreign Allies, so as to combat Germany, Italy, and Japan in the Second World War. The terms of this Act stated that, these allied countries would repay this aid, not by money, but by returning or replacing the goods that were being lent.

The Lend-Lease Act was passed on 11th March, 1941, after fierce debates and protests by isolationists. The Act was a program created by the United States Government, which enabled the country to provide war time aid and support to the Allied nations during World War II, while the US remained a neutral country. The Act was considered vital to the defense of the United States. In the war period between 1941 an 1945, the US provided a large amount of weaponry, food, and other supplies to 45 nations, which included Great Britain, the Soviet Union, China, and many other countries that were strategically important for winning the war. Also, despite not being directly involved in the war, south American countries such as Brazil received military aid to induce them into joining the Allied cause. A major chunk of the shipments consisted of weapons, ammunition, and other war equipment such as tanks, warplanes, and ships. Industrial equipment, fuel, food, and raw material, along with transportation services formed the remainder.

Aid Given to the Allies

Soviet Union: For starters, the Soviet war effort was largely dependent on railways for transport. However, due to budget constraints, they were unable to build new trains. Under the Lend-Lease Act, the Russians got over 2,000 locomotives and around 11,000 rail-cars. Also, the US provided thousands of aircraft and trucks to strengthen the Soviet air force and tank units. The total aid to the Soviet Union was worth USD 11.3 billion. Although the Lend-Lease program provided only around 8% of the total equipment and material used by the USSR during the war, it helped streamline and improve their own production very effectively.

Great Britain: As part of the Act, British warships were allowed to make repairs at American ports. Some places were also allotted to the British to create training bases for their forces. The US also sent immense amounts of raw materials, weapon systems, industrial equipment, and varied services to the UK. The total aid to Britain was worth approximately USD 31.4 billion.

Others: Similarly, France received aid worth USD 3.2 billion, while the Chinese got materials and weapons worth USD 1.5 billion to help fight the Japanese. Another USD 2.5 billion was sent to other Allies.

Reverse Lend-Lease was a program used by the allied countries to repay the US for its aid in the war. For example New Zealand provided food to American soldiers who were stationed in the South Pacific region. Britain, provided war planes, ambulances, and a large amount of material to American soldiers stationed around Europe. Other Commonwealth nations provided food, bases, and logistical aid to American forces. Aid worth around USD 8 billion was repaid in this way.

Significance of the Lend-Lease Act

This Act was seen as a step away from the United States’ isolationist stance. For the first time, countries were moving away from the ‘Cash and Carry’ policy, and were borrowing equipment, rather than buying them. It is commonly agreed that the implementation of the Lend-Lease Act greatly increased the strength of the Soviet Union and Great Britain against Germany, the two biggest gainers in this Act. Britain got ¼ of their arms and ammunition from this Act. The Soviet Union got arms, ammunition, aircraft, and industrial equipment for its army. They also received plenty of raw material for their civilian needs.

Roosevelt’s purpose behind the Lend-Lease Act was to secure America from Nazi Germany without entering the conflict, until the public and military were ready. Later, when American troops finally entered the war, the Allied forces were able to keep attacking the Germans till the end of the war with the help of American aid. Even when the war was almost won, the Act continued, and most of the equipment that was loaned to the Allies was sold at around 10% of the actual price to Britain and other Allied countries.

One of the most important aspects of this Act was in article VII, which stated that as part of the repayment towards the US, the Allies would create an international liberalized economic system of free markets. Overall, the Lend-Lease Act helped in the reconstruction of Europe and the new economic system that influences the world even today.

The implementation of the Act was seen as an act of war by Adolf Hitler, and a German submarine sank an American merchant ship. A mere six months later, America officially entered the war. The Lend-Lease Act was finally discontinued by president Harry Truman in 1945. 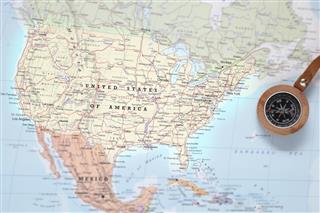 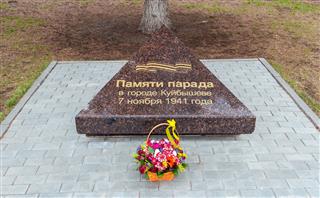