A Summary of the Purpose and Significance of the Navigation Acts

Despite igniting the American Revolution, the Navigation Acts had a few benefits for American settlers, such as giving a boost to the shipbuilding industry.

History is rife with examples of powerful nations conquering different parts of the world to set up their own colonies. Such powers include Great Britain, France, Sweden, and Spain, who colonized countries in Asia, Africa, and the Americas. It is quite obvious that the mother nations, or the superpowers, became quite wealthy at the cost of these colonies, most of which are still developing nations today. However, some of these colonies governed themselves even before their independence, such as the British colonies in North America and Australia. Under such circumstances, how did the colonial powers ensure that all economic benefits from their colonies went solely to them, and not to any rival powers? The Navigation Acts passed by the British Parliament in the 17th century, help us understand this.

What Were the Navigation Acts?

The Navigation Acts were a series of British acts active from 1651 and 1854, passed to ensure that Great Britain obtained the maximum profits in trade with her colonies and with other European countries.

From the early part of the 17th century, the Dutch had gradually achieved supremacy in shipping. They had overtaken Great Britain in trade across Europe, between Britain and her colonies, and even dominated the British coast itself. This was due to the fact that they offered cheaper rates, and had significant financial capital to invest in shipping. Needless to say, Great Britain wished to regain her old position in marine trade by dethroning the Dutch.

Most Europeans at the time, including the British, believed that a nation could become powerful by restricting its imports and increasing exports to accumulate more wealth. This policy, called ‘mercantilism’, also gave importance to setting up colonies, which would provide raw materials for the mother nation, and serve as a market for the goods she produced. Therefore, Great Britain sought to restrict her colonies from trading with other nations, so that she alone profited from them.

The first Navigation Act restricted the ships used in trade between Great Britain and her colonies to only British or colonial ships. For trade between Great Britain and other European countries, ships had to be British, or built in the European country which produced the goods. This move was directly aimed at reducing Dutch influence in shipping.

The Navigation Act of 1660 reinforced the conditions of the 1651 Act, but added a few more restrictions. It declared a list of products which colonies could export only to Great Britain or her colonies, and to no other country. These products included wool, rice, cotton, tobacco, dyed woods, and indigo. Moreover, the Act declared only those ships built in Great Britain or her colonies as ‘British’ (purchased ships were forbidden), and the ships’ captain along with three-fourths of the crew had to be British or colonial citizens.

The Navigation Act of 1663, also called the Staple Act, added more restrictions to the previous Acts. It prevented the colonies from importing goods from other European countries, unless the goods were first sent to British ports, where they would be inspected, repacked, and taxed. This increased the cost and shipping time for colonial merchants.

The last of the Navigation Acts were passed in 1673, 1696, and 1764. These removed the loopholes in earlier laws, added more goods to the list which could only be supplied to Britain, and appointed Vice-admiralty courts in colonies to ensure that these Acts were enforced.

The Navigation Acts helped British shipping grow in isolation, and within just half a century, it had become the leader in Transatlantic trade by overtaking the Dutch. By 1790, its fleet was second to none. The growth of its merchant fleet helped Great Britain focus its attention to developing a strong navy, which ensured that it became a global superpower right till the mid-20th century.

These Acts had a significant impact on the Dutch, who did not produce any major goods themselves, and whose ships were forbidden in British trade. Initially, they ignored the 1651 Act, which led to the British navy apprehending more than 150 Dutch ships in subsequent years. The rising tensions between the two superpowers led to the First Anglo-Dutch War, after which the Dutch were forced to accept the Act.

The Acts did not have much impact on the colonies initially, as they were not enforced, partly because Great Britain needed the support of its colonists to fight French settlers. This led to the widespread smuggling of goods. However, after the French defeat in 1763, these Acts were enforced, and additional taxes were imposed on essential goods like sugar and paper. The widespread resentment caused ultimately led to the American Revolution.

With the independence of the United States, the policy of mercantilism went into decline. Moreover, by the middle of the 18th century, Great Britain already had the shipping supremacy it desired. So, the Navigation Acts were gradually canceled by 1854. 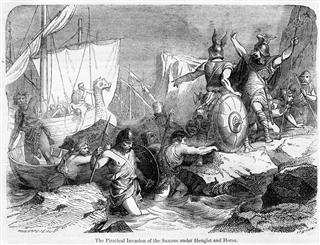 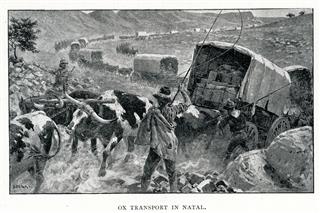 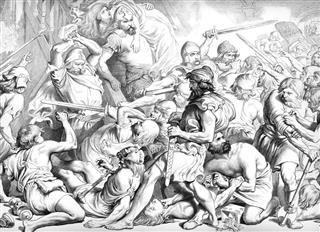