In the early 18th century, the Spanish Empire was divided among Europe's superpowers. This was brought about by the Treaty of Utrecht, which is explained in this Historyplex post, through its summary, results, and significance.

In the early 18th century, the Spanish Empire was divided among Europe’s superpowers. This was brought about by the Treaty of Utrecht, which is explained in this Historyplex post, through its summary, results, and significance. 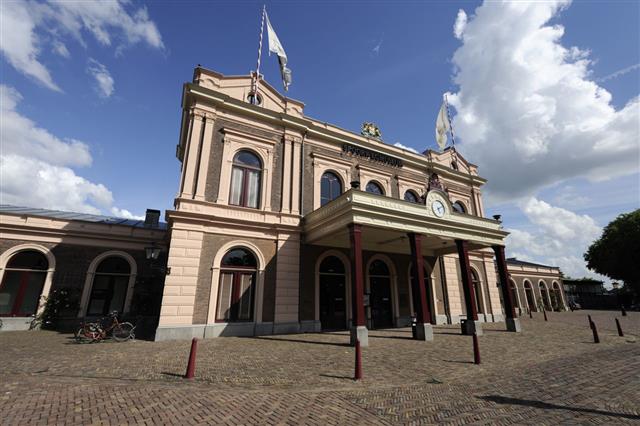 The Treaty of Utrecht ended the Spanish War of Succession, considered the actual First World War, since it was fought both, in Europe and the Americas.

In modern politics, the will of the people decides who leads the country. But, for many years, the world was divided into different kingdoms, with power restricted only to an elite group of people. Several of these empires were thriving, and even had spread overseas. It is easy to imagine what would happen if a powerful monarch died childless – other kingdoms would try to grab his territory, or, at least prevent their rivals from doing so. This tussle is exactly what happened 300 years ago in Europe, and was resolved by the Treaty of Utrecht.

What Was the Treaty of Utrecht?

The Treaty of Utrecht included a series of agreements which ended the dispute for the successor of the Spanish kingdom in Europe, and ended Queen Anne’s War in North America (conflict between French and British colonies). The final agreements were signed in the March and April months of 1713, in the Dutch town of Utrecht. Hence, the treaty’s name.

Charles II, the monarch of a vast Spanish Empire, died without an heir, in November 1700. This started a struggle for his next successor throughout Europe. While Charles II had declared Philip V, the grandson of his cousin Louis XIV of France, as his successor, Great Britain could not allow this to happen, since France was its archenemy. Another potential successor of Charles II, was Charles VI, the Archduke of Austria and the Holy Roman Empire, who was the son of another cousin.

Almost immediately, war broke out between the following factions in Europe, with the British supporting Austria.

■ France gave her Hudson Bay, Acadia, Newfoundland, and Saint Kitts (in Caribbean) colonies to Great Britain.
■ But, she retained the fishing rights along the shores of Newfoundland.
■ France retained the colonies of Ile Saint-Jean and Île-Royale.
■ France agreed to reimburse the British Hudson Bay Company for damages caused during Queen Anne’s War.
■ Spain gave Great Britain a 30-year monopoly for African slave trade, called the ‘Asiento’.

This agreement brought an end to the bloody Spanish War of Succession, which has been called by historians as the actual First World War. Owing to the Treaty of Utrecht, boundaries in Europe were redrawn, and relative peace existed for the next few decades.

The treaty ensured that the kingdoms of France and Spain would never come under the same crown, which would have benefited the French. Moreover, it ensured that no kingdom in Europe became too powerful and asserted its dominance over others, a policy called the ‘balance of power’, which was widely followed till the French Revolution.

The treaty ushered in the global dominance of Great Britain, who benefited both, in Europe and North America. In the latter, French influence began declining, and British culture spread throughout North America (Anglicization); effects which are still seen today.

The provisions of the treaty increased the exploitation of Africans for slavery. Lands owned by the Natives in North America changed hands, without the Natives even being informed by their European rulers.

The treaty had some laudable provisions though. Both, France and Great Britain agreed to allow the Natives in their colonies to freely travel to the other side, without harassment. Moreover, European powers agreed not to persecute religious minorities in the territories gained by them, which was unique for the time.

The Treaty of Utrecht was a result of the longstanding French-British rivalry, and ended as a victory for Great Britain. However, like all peace treaties of that era, it provided only a temporary break from hostility, which was shattered when European powers ultimately clashed in the global Seven Years War.