What was the Northwest Ordinance of 1787? Considered to be one of the most important pieces of legislation passed by the Congress of the Confederation of the United States, it established a sovereign Federal government, and the westward expansion of the nation through admission of new states. In this article, we shall summarize the significance, purpose, and other facts behind the drafting of this ordinance. 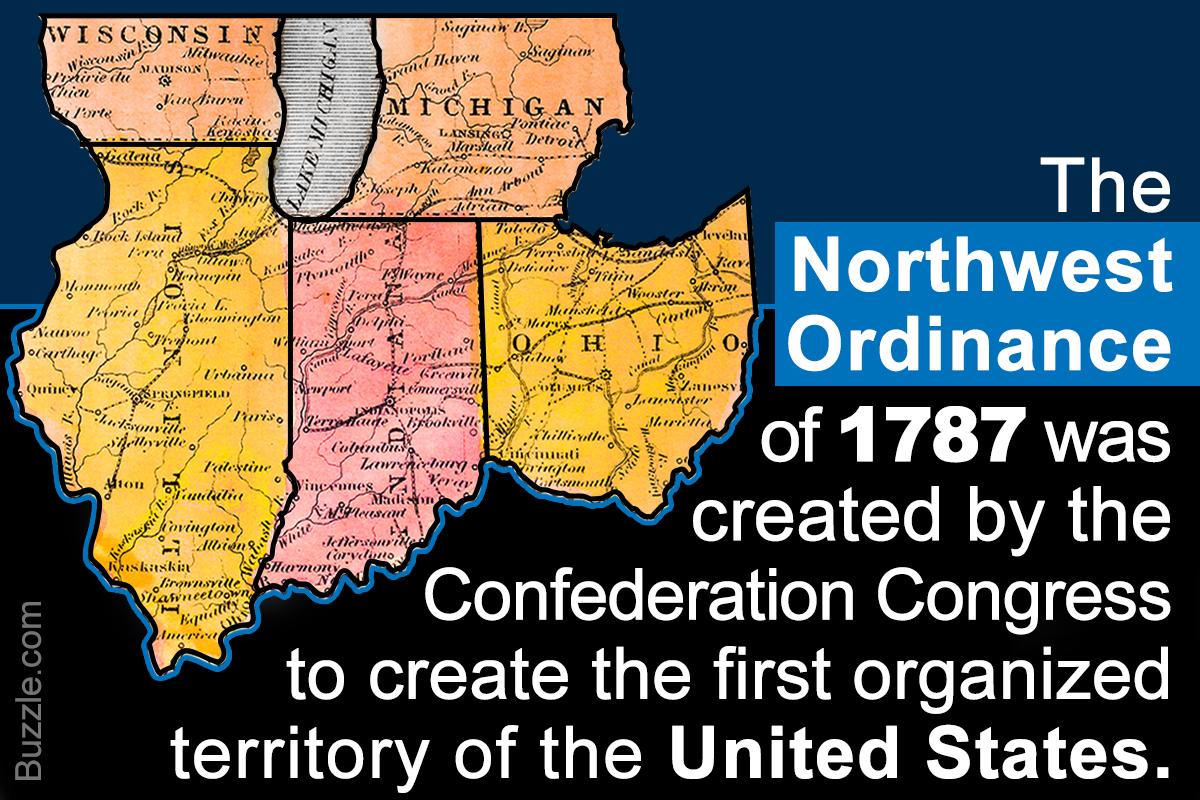 What was the Northwest Ordinance of 1787? Considered to be one of the most important pieces of legislation passed by the Congress of the Confederation of the United States, it established a sovereign Federal government, and the westward expansion of the nation through admission of new states. In this article, we shall summarize the significance, purpose, and other facts behind the drafting of this ordinance.

Did You Know?
The Shawnee and Miami Tribes opposed the plans of the Northwest ordinance, and attacked white settlers who came to Ohio. After the death of over 800 Americans, President George Washington got involved personally in raising a large federal army, which was used to eventually defeat the Native Indians at the Battle of Fallen Timbers in 1794.

Summary of the 1787 Northwest Ordinance

Considered as one of the most significant acts of the Continental Congress in regards to public domain lands, paling in significance only to the Declaration of Independence, the Northwest Ordinance of 1787, also known as ‘ An Ordinance for the Government of the Territory of the United States, Northwest of the River Ohio’, was a law which created the Northwest Territory, the first region organized under the new government of the United States, which stretched from the Ohio river to the Mississippi river, and the areas around the great lakes to encompass what is today, Ohio, Indiana, Illinois, Michigan, and some parts of Minnesota.

Preceded by the Northwest Ordinances of 1784 and 1785, which divided the new land into self-governing districts, and facilitated scientific surveys, the Ordinance of 1787 set up how the United States would expand towards the west, and how new states would be added to the U.S. The continuously increasing number of settlers arriving in the states of Ohio, Indiana, Illinois, Michigan, and Wisconsin prompted the Ohio Land Company to obtain vast tracts of land in the northwest region, which made Congress pass the law. The law was based on guidelines provided by Thomas Jefferson, which catered to the creation of three to five new states, and provisions for education, civil rights, and the exclusion of slavery.

Purpose of the Ordinance

The primary purpose of the ordinance was to create the Northwest Territory as the first organized region of the fledging United States, out of the areas close to the Great Lakes, and to the north and west of the Ohio river. This legislation also intended to ban slavery in the entire Northwest Territory. The new states that were to be included were to have equal status as the original 13 states.

After the American victory in the Revolutionary War, and the signing of the Treaty of Paris, the Americans laid claim to the Ohio Country and the regions south of this area. But some of the land overlapped with parts of Massachusetts, Connecticut, Virginia, and New York. Since the land was very conducive for new settlements, Thomas Jefferson, the representative of Virginia, proposed that the states should give up the overlapping areas west of the Appalachian mountains, and the new areas had to be divided into new states of the American Union. After several reviews in 1784, 1785, and 1786, the five states of Ohio, Indiana, Illinois, Michigan, and Wisconsin were created.

Abolition and Transfer of Claims by States

The significance of the Northwest Ordinance of 1787 comes from the precedent it set, of western expansion by the United States through the inclusion of new states, instead of expanding the existing ones. Its intent was to show that the land north of the Ohio river and east of the Mississippi river would be settled and become a part of the United States, which had been forbidden for development until then. All unsettled lands were ceded by the original states to the federal government, to be administered directly by Congress to create new states. Also, all navigation, transport, and communication routes to be planned in the future were created anticipating expansion beyond the northwest territories. Thus, this Cct significantly accelerated the expansion of the United States to the west.

Creation and Admission of New States

The ordinance set the pattern for rule in the new states through the appointment of governors, secretaries, and legislative councils, who would rule the new states till the population reached 5,000 free male inhabitants, after which the people would be able to elect their representatives. All lands in this area were under the Confederation of the United States, and functioned under the laws of the Confederation Articles, making the area subject to the rules of all the states, rather than any one state. Any state to reach a population of 60,000 or more would be represented in Congress as an equal to the original 13 states. Ohio was the first state to achieve this status.

The provisions for natural rights in the ordinance, such as property rights, religious tolerance, and legal rights were created. These provisions were kept in effect until the U.S. Constitution and the Bill of Rights were drafted, which incorporated many concepts of the ordinance.

The set up of educational institutions, such as universities and schools, were an important factor in the settlement of these areas. It also allowed Manasseh Cutler and Rufus Putnam, who were part of the Ohio Land Company, to influence the ordinance and allow the company to purchase around half a million acres of land. Two students graduated with Bachelor degrees from the Ohio University, the first of many to come.

Due to the clause of the ban on slavery, the Ohio river was officially considered as the free and slave territories, between the Mississippi river and the Appalachian mountain range, which was crucial for balancing pro-slavery and anti-slavery political views, until the Civil War in the 19th Century. However, slave owners from elsewhere were allowed to recover their slaves if they had escaped into the northwest territories.

The ordinance mentioned in some detail about the demarcation of areas which Indian tribes had lost or relinquished. It also mentioned how the law of the government was to be used in such areas, and that the general behavior of the Americans towards the tribes was to be friendly in nature and of good faith. However, many Native Indians did not acknowledge this ordinance, which led to battles, and their eventual defeat at Fallen Timbers.

On the 7th of August 1789, The U.S. Congress reconfirmed the ordinance, with a few amendments under the provisions of the newly effective Constitution of the United States, which were considered to be unalterable, without overall common consent.

Commemoration Stamp of the Northwest Ordinance (1787)

On the 13th of July 1937, the U.S. Post Office issued commemorative stamps for the event for the 150th Anniversary of the ordinance. The stamp depicts the map of the United States during 1787, along with the area of the Northwest Territory, between the pictures of Manasseh Cutler and Rufus Putnam, two of the most influential people in the drafting of the ordinance. 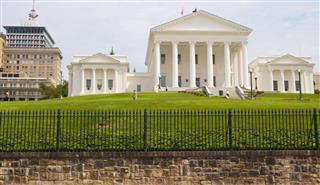 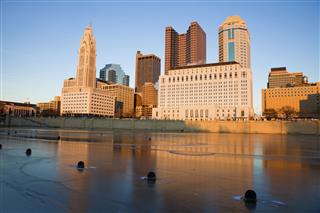