Peace of Westphalia: A Summary of its Background and Significance

Europe was drowned in religious blood battles for over thirty years, and to end this tussle for sovereignty and religious dominance, a peace treaty was signed by the European powers in 1648. The Peace of Westphalia promoted principals of religious tolerance and equality. This Historyplex post discusses the summary and significance of this peace treaty in the world history.

Home / Uncategorized / Peace of Westphalia: A Summary of its Background and Significance

Europe was drowned in religious blood battles for over thirty years, and to end this tussle for sovereignty and religious dominance, a peace treaty was signed by the European powers in 1648. The Peace of Westphalia promoted principals of religious tolerance and equality. This Historyplex post discusses the summary and significance of this peace treaty in the world history. 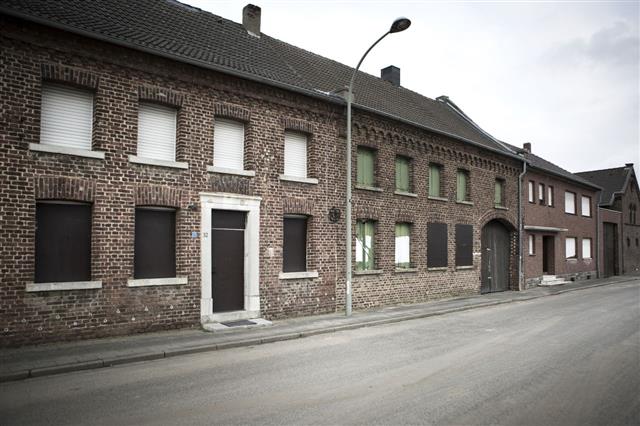 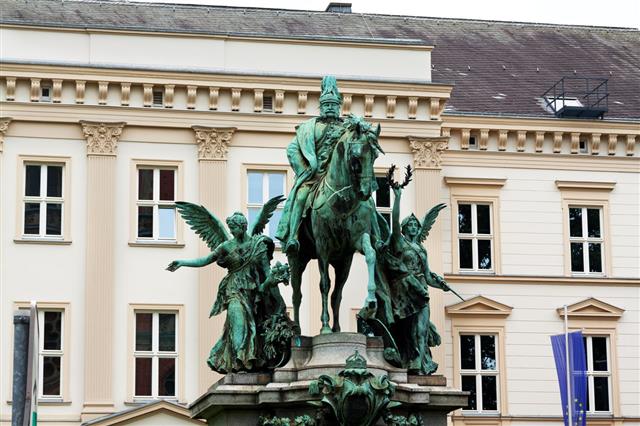 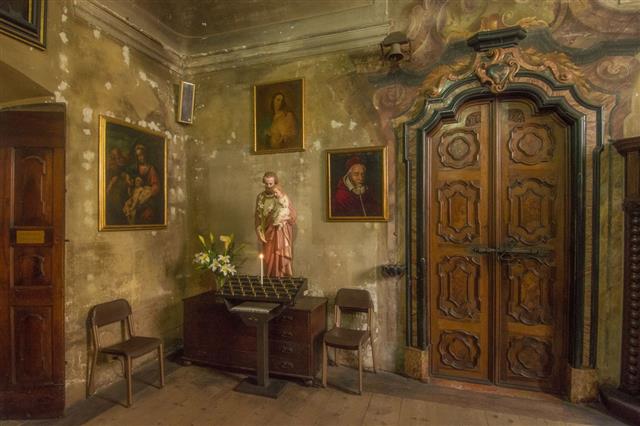 The Thirty Years’ War, which were a series of wars fought primarily on German soil has been depicted as the final, major European war of religion and the first all-European conflict for superpower.

The concluding half of the 1500s saw Europe entangled in a number of religious battles. These wars were fought either between two countries (e.g. England vs. Spain, the Dutch vs. Spain) or internal liaisons with some outside intervention (e.g. France and Germany). However, in the seventeenth century, religious and political hostilities encompassed all of Europe in an interlinking web of nations, extending from Russia to England and from Sweden to Spain. These hostilities erupted into what can be seen as the first European wide battle in history: the Thirty Years War (1618 – 1648).

The primary factors contributing to the religious and political upheaval in the1500s were: (i) the religious wars between the Protestant and Catholic reclamation’s; and (ii) fear of Hapsburg Spain and Austria, who among them controlled nearly half of Western Europe. The only way to end these thirty years of mayhem was to sign a peace treaty that would embark on religious tolerance and end the power struggle between the European nations. Given below are the salient features of the Peace of Westphalia.

Religious indifferences backed by political ambitions marred the relations between Lutheran Sweden and Catholic Poland, German Protestants and Catholics, and the Protestant Dutch and English against Catholic Spain. The monarchical France were against the Spanish and Austrian Habsburgs who had ringed its borders to the north, south, and east after its own set of religious wars. Venice faced problems against Austria over pirates in the Adriatic sea which led to conflicts between these two states.

Europe’s economy turned increasingly cumbersome due to the military budget requirements, declining silver production, and the impending colder climate that triggered an onset of lower crop yields. In 1618, Protestants in Bohemia, who were a part of the Holy Roman Empire, arose against the Austrian Habsburgs.

This local conflict dragged the whole of Europe, especially Germany, into a series of religious wars. Spain, Poland, the German Catholics, and the Pope rushed to Austria’s aid to crush the rebellion.

Sweden later attacked Austria, punitively in defense of the German Protestants, but was finally defeated. Catholics dominated France, and extended their help towards the Protestants against the Habsburgs. Each new nation that eventually got involved only fed more fuel into these combustible religious battles.

These thirty years of wars were a blood blot, and catastrophic human and material losses were reported throughout the European nations, especially Germany. The war also necessitated an attempt to curb the dynastic power of the Habsburg in central Europe and its pompous claim towards universal monarchy. In order to overcome all the disastrous effects, the Peace of Westphalia was proposed. Uniquely for the first time, a peace treaty was scripted by representatives from all political quarters. Thousands of diplomats assisted in drafting it, thus establishing the common law of a diplomatic congress, which has inspired diplomacy even today. After 1648, a new state organization came forth in Europe.

The peace conference to end the war commenced in Münster and Osnabrück in December 1644. It was presided over by 194 states, from the largest to the smallest, represented by 179 diplomats along with thousands of auxiliary diplomats and support staff. The conference was headed by the Papal Nuncio, Fabio Chigi (the future Pope Alexander VII), and the Venetian ambassador.

The initiatory six months were spent arguing over the significant roles of the diplomats. The special French and Spanish envoys could never chance a meeting due to incorrect protocols. A special postal system addressed letters between the envoys and their principals, and it took ten days or more to send a communication from Münster to Paris or Vienna, and twenty days or more to Stockholm or Madrid. Eventually, a series of deals were agreed upon, and it took almost three weeks to organize the signing ceremony, which began at two o’clock in the afternoon on Saturday, October 24, 1648.

The important delegates who presided over the signing of the treaty were Holy Roman emperor Count Maximilian von Trauttmansdorff, who played a pivotal role in the conclusion of peace treaty. The French envoys were nominally under Henri d’Orléans, Duke de Longueville, but the Marquis de Sablé and the Count d’Avaux were the real representatives of France. Sweden was represented by John Oxenstierna, son of the chancellor of that name, and by Johan Adler Salvius, who had previously worked for Sweden at Hamburg. The papal nuncio was Fabio Chigi, and later, Pope Alexander VII. Brandenburg, represented by Count Johann von Sayn-Wittgenstein, played an important role among the Protestant states of the empire.

The treaty had a total of 128 clauses; the principle of “cuius regio, eius religio” (whoever rules the territory determines the religion) was reestablished. The territorial clauses privileged Sweden, France, and their allies. Sweden gained control over western Pomerania (with the city of Stettin), the port of Wismar, the archbishopric of Bremen, and the bishopric of Verden. These additions gave Sweden control of the Baltic Sea and the estuaries of the Oder, Elbe, and Weser rivers.

France gained the bishoprics of (i) Metz, Toul and Verdun; (ii) Breisach and Philippsburg; (iii) Alsace and part of Strasburg. It allowed a firm hold on the western frontier of the Rhine river. Brandenburg gained over eastern Pomerania and several other smaller territories.

Bavaria gained over the Upper Palatinate, while the Rhenish Palatinate was reinstated to Charles Louis, the son of the elector palatine Frederick V. Two main factors of the territorial settlement were the confirmation of the United Provinces of the Netherlands and the Swiss Confederation as independent republics, thus, formally acknowledging a status which those two states had, in reality, held for many decades.

Saxony maintained Lusatia and Bohemia continued to be a hereditary state. Calvinism was finally accredited within the Augsburg excluding the Bavarian and Austrian lands (including Bohemia). Protestant holding of all land secularized before 1624 was insured.

The separate states of the Holy Roman Empire were acknowledged as independent sovereign to conduct their own affairs. Maximilian of Bavaria continued to hold his electoral title and the Upper Palatinate. A new electoral title was created for Karl Ludwig, the son of the former elector palatine, on his restitution to the Lower Palatinate. John George of Saxony, a leading German Protestant prince who had backed Ferdinand, was confirmed in his attainment of Lusatia (a region of eastern Germany and southwest Poland). Frederick William of Brandenburg inherited Cammin, Minden, and Halberstadt, along with the succession of Magdeburg. The emperor’s claim to ancestral rights in Bohemia, Moravia, and Silesia was instituted. The Habsburg Sundgau surrendered to France.

Impact and Effects on International Politics

This treaty significantly marked the end of the Holy Roman Empire. The authority of the Roman emperor was reduced drastically but not totally banished as the German protestant rulers preferred a weak Roman empire rather than a Swedish or French rule. The Roman empire now preceded only over the weak German states.

France was the biggest victor according to this treaty; it could not succeed in its goal of wiping out the Roman empire entirely, but gained its territory to Habsburg possessions in Alsace and achieved acknowledgment of its sovereignty over the bishoprics of Metz, Verdun and Toul, Pinerolo in Savoy, and Breisach in Philippsburg.

Sweden attained dominance over western Pomerania, Wismar, the archbishoprics of Bremen and Verden, and the islands of Rügen and Usedom, but was forced to part with Pomerania to the Elector of Brandenburg, who received the eastern part of the duchy. It ended the religious wars and officiated Calvinism.

In the international politics, this treaty was the first, modern diplomatic congress to use international law to influence relations between independent states and for the creation of the concept of reign, non-intervention in interior affairs of another nation, territorial unity, and legal equality between the independent nations.

It heralded a foundation for the modern European state system known as the balance of power, which was one of the contributing causes for numerous future wars including both World Wars. It was also the first pan-European effort to achieve a fair resolution for numerous conflicts and a lasting peace, rather than merely penalizing the defeated side.

Thus, with the Peace of Westphalia, the European leaders gained their own lasting national army. The nations, thus, became more powerful, as each nation had to collect taxes to pay for their armies, and the leaders acquired absolute control over the defense. It founded a core group of nations that reigned the world until the beginning of the nineteenth century. It included Austria, Russia, England, France, and the United Provinces of the Netherlands and Belgium.