The proprietary system drew in many settlers and led to great progress in colonial America. This Historyplex post tells you what a proprietary colony is, with the help of its definition, significance, and some interesting facts.

The proprietary system drew in many settlers and led to great progress in colonial America. This Historyplex post tells you what a proprietary colony is, with the help of its definition, significance, and some interesting facts.

The first Act of religious tolerance on American soil was passed in 1649, by the proprietary colony of Maryland.

When the first colonies were established in the Americas, their administration was a major problem for the British Crown. However, as the 17th century dragged on, most colonies could be classified as ‘royal’, ‘charter’, and ‘proprietary’, depending on their style of government. Royal colonies were administered by officials who were directly answerable to the British Monarch. On the other hand, charter colonies were run by the colonists themselves, under a charter of rights and privileges granted by the British Crown.

Proprietary colonies lay at the middle of the spectrum, between the freedom of the charter colonies and the restrictive nature of the royal colonies. It should then come as no surprise why the colonists in proprietary colonies might have been unhappy; their administration was taken over by the King. Let us understand the importance, or significance of a proprietary colony in more detail.

A proprietary colony is a province that is owned and ruled by a private individual, or group of individuals, who have been granted a royal charter from a king. Thus, rather than the king himself in control of this particular tract of land, he hands it over to a proprietor(s), who can rule it the way he wants. While common citizens have limited voting rights, most officials are appointed by the proprietors themselves.

The system of issuing proprietary grants began in Medieval Europe, when monarchs had to protect their territories from invaders. To do this, they granted tracts of land to feudal lords in the border areas of their kingdom. So, while the king could concentrate on ruling the interior, the lords held royal powers in their respective provinces, and defended it militarily. The most significant example of this was in England, beginning in the 11th century, where the king had to protect his frontiers from Scottish and Welsh invaders, so proprietary colonies called ‘counties palatine’ were set up in the border areas. These lasted right until the middle of the 19th century.

In Colonial America, most proprietorships for land were granted by the English King Charles II, beginning in 1660. In 1649, Catholic King Charles I was overthrown and beheaded by the Protestants, who held on to the throne till 1660, when Charles II regained it after a civil war. Since he wanted to repay the debts incurred in his return to power, and reward all those who were loyal to him, Charles II began issuing land grants by a royal charter. This way, most of the 13 British colonies began as proprietorships.

Since the colonies in America were far away from Great Britain, the Crown wanted to concentrate on British affairs, and appoint someone to govern their overseas colonies. With the proprietors themselves owning the land, they had a personal motivation to ensure its development. So, this system was a great success, and led to rapid progress in the colonies that it was implemented in. This led to a huge number of settlers migrating to the colonies. Many of them were from countries other than Britain, including religious minorities like French Huguenots, and contributed to the cosmopolitan character of the modern United States.

While, initially, the proprietary system aimed to reduce the difficulty of governing remote provinces of a kingdom, by the late 17th century, this reason did not hold much weight, as the administration of the already-established colonies became easier for Britain. By this time, the proprietors had become increasingly powerful, and desired an enhanced level of independence, which could endanger British interests. So, beginning in the 1690s, most of the proprietary colonies were taken under the control of the British Crown, i.e., they became royal colonies, and proprietary grants were no longer issued.

The proprietors of the British colonies in America were given the title ‘Lord Proprietor’ or ‘Proprietary Governor’.

The powers of a Lord Proprietor included the following.

▣ The exclusive ownership of the colony was with him, not the king.

▣ He could set up courts of law and issue decrees, apart from pardoning offenders.

▣ He appointed a governor for the colony, who reported to him.

▣ He could collect rents, levy taxes, and offer incentives to settlers.

▣ The power to supervise the grant and purchase of land belonged to him.

▣ He could establish towns, and build ports, churches, and public buildings.

▣ He could establish an armed force or militia.

While a Lord Proprietor was empowered to lay down the laws he wished, he had to still follow English laws, and was answerable to the British Crown.

Each proprietorship was a hereditary grant, so after the death of a Lord Proprietor, his son could take over.

Most Lord Proprietors were men close to the British Monarch, their courtiers, or wealthy landowners.

He had to bear all the expenses of developing and defending his colony. This expense was usually recovered by collecting an annual tax from settlers who had purchased land, called the ‘quitrent’.

Maryland was the first British proprietary colony in America. A royal charter issued by King Charles I gave control of this province to Lord Cecil Calvert, in 1632.

The Colony of New York was named in honor of its proprietor James, the Duke of York, who was issued a royal charter by his brother King Charles II, in 1664.

Though most of the 13 British Colonies in America had a proprietary beginning, only three remained so till the Great War of Independence. These were the colonies of Delaware, Maryland, and Pennsylvania.

After the Great War, the governments of North Carolina, Pennsylvania, and Maryland reimbursed their erstwhile proprietors – the Granville, Penn, and Calvert estates, respectively, for the takeover of their land.

The Province of Pennsylvania was the most successful of all the proprietary colonies, because its first Lord Proprietor, William Penn, believed in democratic ideals, freedom of religion, and good relations with the Natives. The colony was established on these principles.

While the colonies progressed rapidly when they had a proprietary government, this period was viewed suspiciously by the British Crown, who feared their growing power and defiance. Most colonies were, from then on, ruled directly by the Crown.

While the colonists of some provinces, like Maryland, resented their proprietary government, most were unhappy when their provinces became royal colonies. Along with having to pay taxes directly to the Crown, they risked losing the limited rights to self-rule which they had in the proprietary system.

The proprietary system may seem feudal by modern standards, since it allowed a single individual to centralize power. However, it played a lead role in the colonial history of the United States, taking the first steps in making it the melting pot of cultures that it is today. 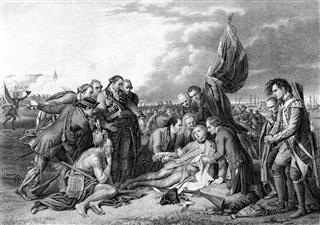 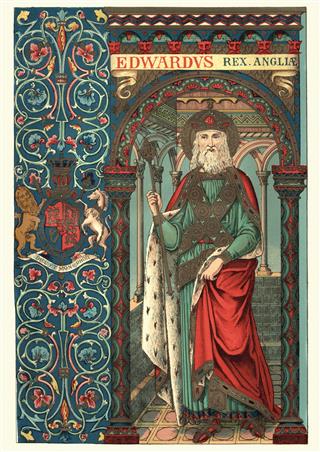 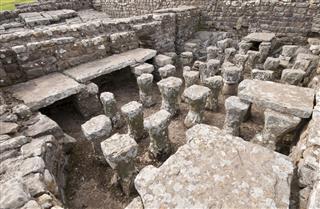