A few interesting Roman aqueduct facts covered in the content of the following article will help you learn more about these engineering brilliances by the ancient Romans. Keep reading...

A few interesting Roman aqueduct facts covered in the content of the following article will help you learn more about these engineering brilliances by the ancient Romans. Keep reading… 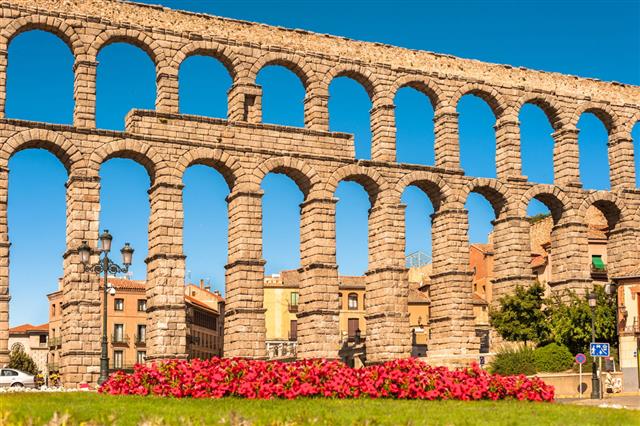 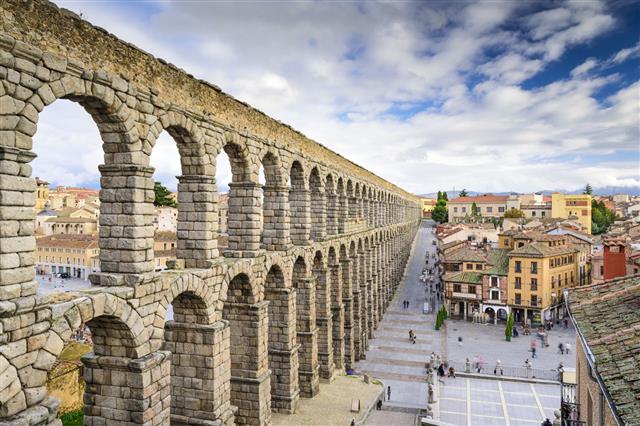 Ancient Romans are forever marveled for their engineering prowess. These men and women from the ancient world, when technology was in its fetal stage, came up with structures that have stood the tests of time. Whenever the foundation of a great city is laid, the first thing one focuses on is the water supply. This precious commodity was supplied to the people of Rome through aqueducts. We shall have a look at a few ancient Roman aqueducts and understand more about this highly advanced waterway system.

You must have heard of the old saying, ‘when in Rome, do as the Romans do“. But, do you know what did the Romans do? Romans were highly disciplined and tactical people. They would wage wars against new regions and bring them under the glorious Roman empire. Once they took over a new region, the first thing they did was to build the new city, the Roman way. This means, they laid down foundations for new and better roads, connected cities and areas with bridges and most importantly took care of the water supply. Thus, they built massive engineering structures called the aqueducts.

What are Roman Aqueducts?

The River Tiber and other local natural water springs provided water to Rome. However, with increase in population, the Romans faced a problem with water supply. Also, they realized, there were many diseases and infections that spread through water. In order to solve the problem of water supply and prevent diseases, Romans built the aqueducts. The first one was presumably made in the year 312 B.C., called the Aqua Appia. An aqueduct was a channel or pine line that helped transport water from the source to the city, farm or other intended destination and water was distributed accordingly.

How did the Romans Build Aqueducts?

The aqueducts were built by a combination of stones, bricks and volcanic cement called the pozzolana. Majority of the aqueducts ran underground. These water channels were dug below the surface or bored through rock. Of the total 260 miles, about 30 miles of the aqueduct system was visible. This shows that these structures were massive in size. These ducts were made of different gradients and gravity helped in the continuous flow of water. The different grades placed at different points made it possible for a steady flow of water.

Water from the source flowed in the castella or cisterns. They were built on the highest ground in Rome. These water reservoirs supplied water to the entire city. They were connected with a huge network of lead pipes. Public fountains, private and public baths, private villas, etc. were connected to this massive plumbing system. Providing more water supply connections and feeding more taps with water, was considered to be a politically motivated act and a matter of prestige for those in power.

Were the Romans Involved in Maintenance of Aqueducts?

The Romans not only built these engineering marvels, but also took great pains to maintain them. The Curator Aquarum was assigned to overlook the maintenance. There were slaves, paid laborers as well as legions who took part in building as well as maintaining these structures.

How Many Aqueducts were Built in All by the Romans?

Over the span of about 500 years, Romans built about 11 aqueducts. These aqueducts supplied water to the city of Rome. There were emperors who had a special interest in building this plumbing network. Emperor Claudius was known to build the double arched aqueduct Porta Maggiore. This aqueduct carried water from the upper valley springs of Anio to Rome. These ducts were about 68 kilometers long and provided about 2/3rd of the city with water.

We can learn a lot about these aqueducts in De Architectura, written by Vitruvius in the 1 century B.C. The Goths finally destroyed the beautiful city of Rome in 537 A.D. during a siege. These engineering marvels were destroyed and the Roman population could no longer survive without water. Thus, the city fell and the era of Rome ended. Today, all we can see is the ghosts of these aqueducts standing and speaking of the glorious past, that was once known and will be forever called the great Roman Empire.