Signers of the Declaration of Independence

Those who signed the Declaration of Independence were indeed great individuals who gave up a lot for the sake of freedom, that is enjoyed to this date. Here, we tell you who these great people were - people who gave liberty and freedom its true meaning.

Home / Uncategorized / Signers of the Declaration of Independence 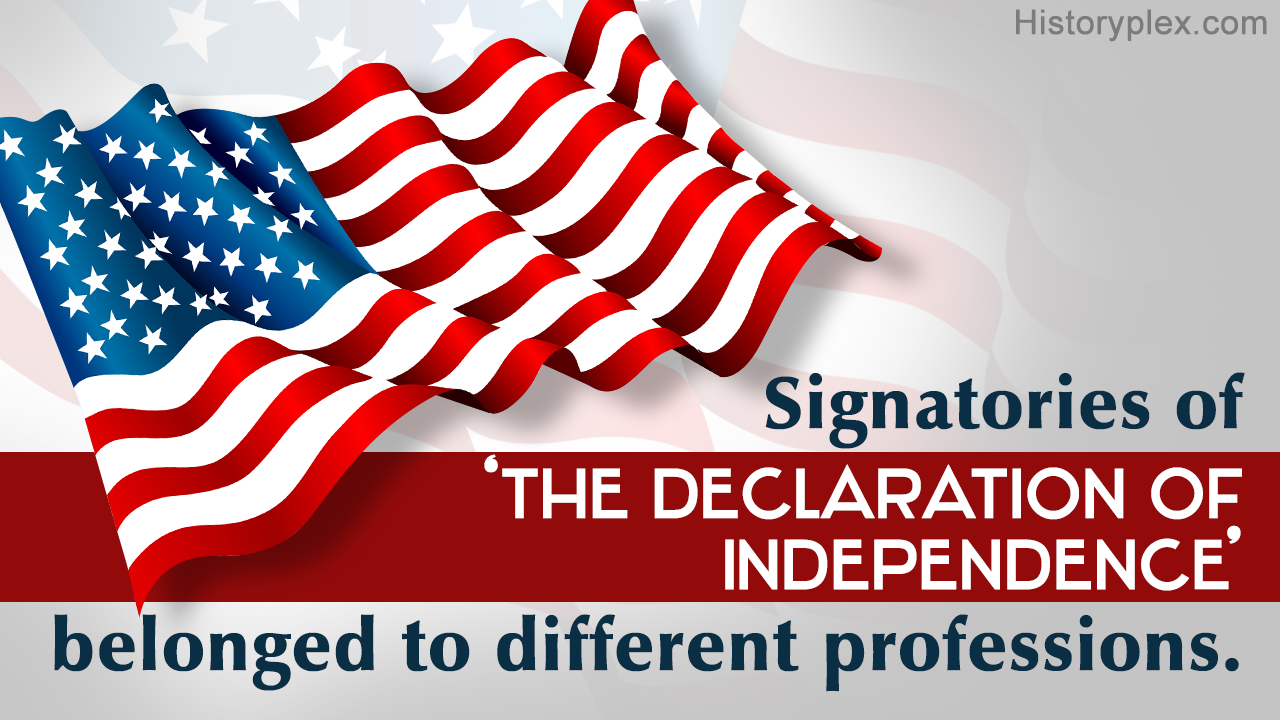 Those who signed the Declaration of Independence were indeed great individuals who gave up a lot for the sake of freedom, that is enjoyed to this date. Here, we tell you who these great people were – people who gave liberty and freedom its true meaning.

Who Signed the Declaration of Independence?

To create the Declaration of Independence, a drafting committee of 5 members was brought into being. This committee included:

While Thomas Jefferson would write the Declaration of Independence, the remaining members were to assist him and make any alterations if required. The original document was slightly altered by Benjamin Franklin and John Adams, and was finally given to the Congress for approval. Declared as an ‘expression of the American mind’ by Jefferson, the Declaration clearly stated the numerous grievances of the people of America, against King George III, the then British Emperor. However, it was also one of the most inspired pieces of writing that Jefferson became synonymous with.

The signers of the Declaration of Independence belonged to different professions and trades. Some of them were lawyers and jurors, while others were merchants, farmers and plantation owners. All of them were highly educated individuals.

Independence comes at a price, it is always said. Not all was hunky dory after the Declaration of Independence was signed. A little-known fact is that in spite of it being accepted by the Congress without any major changes, several of the signers were tortured, burned to death, and lost family and property after they went through with signing of the Declaration. These well-educated men knew what they would have to give up for the sake of freedom of the country, and yet went through with the process in larger interests. Such individuals should be respected, revered, and thanked for their sacrifice. It is only because of them that liberty and freedom are now enjoyed by the people of the United States of America.