Right from its discovery to the election of the first African-American President, America's history is filled with events that have impacted world history on the whole, positively and negatively. We bring to you a list of such events. 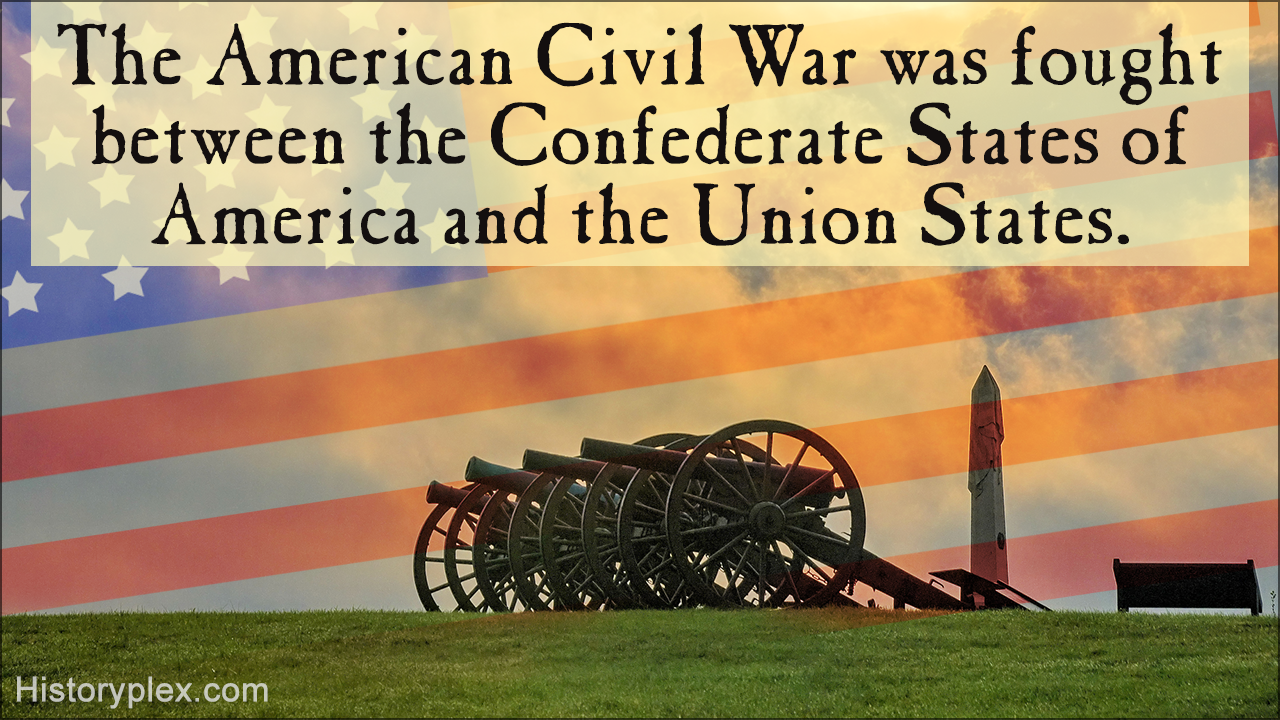 Right from its discovery to the election of the first African-American President, America’s history is filled with events that have impacted world history on the whole, positively and negatively. We bring to you a list of such events.

Several events have influenced American history and made the country what it is today. Who discovered America? Why was the Civil War fought? And who killed Abraham Lincoln?

Understand how these events occurred and contributed to American history.

The image depicts a stamp showing the arrival of Columbus in the United States.

There’s still a debate as to who discovered it: Amerigo Vespucci or Christopher Columbus. History states that Italian explorer Amerigo Vespucci discovered a new land in 1497, and Martin Waldseemüller (famous map-maker) named it America after Vespucci. However, recent evidence suggests that Columbus had already discovered this unknown land in 1492. Many historians also believe that the famed Chinese explorer Cheng Ho might have discovered America almost 70 years before Columbus. There may be a huge debate on who discovered America and when, but one fact is pretty clear since its discovery: trade and navigation flourished, and several European powers came and made America their base.

The image depicts Boston colonists posing as Indians and throwing tea in the sea at Boston port.

The Boston Tea Party was a heroic event which took place on 17th December 1773 in Boston, Massachusetts. This act of defiance was executed to ban the Townshend Act. The Townshend Act was implemented in 1766 and allowed the British Parliament to tax American colonies on tea, paper, paint and various other items. American colonists rebelled and started boycotting all goods imported from England. To control the ongoing agitation, the government canceled taxes on all goods, except tea. This led to protests all over America and in this chaos, five Americans were shot by British soldiers in Boston. Local citizens were outraged and demanded strict action against the guilty. In addition to this chaos, the East India Company was suffering from bankruptcy due to corruption. To save the company, Parliament removed all import/export duties on goods to reduce cost prices and put locals out of business. This angered Americans even more and citizens of Boston didn’t allow the unloading of goods on the port. On December 17th, a group of colonists dressed as Indians boarded a ship carrying tea in disguise and threw all the valuable tea shipment in the sea. The Boston Tea Party is one of the most popular events in the history of the nation and is considered a landmark in the American War of Independence against European colonies.

The image depicts a five-man party drafting the Declaration of Independence.

The image depicts the First Battle of Bull Run in American Civil War.

The American Civil War was fought between Confederate States of America (Southern Slave States) and the Union States a.k.a United States of America (All Free States). The primary causes of this war are still unknown; however, historians believe that differences between the states existed right from the start and then came a time when talks proved futile and violence gripped the entire nation. The split between the Southern States and the Union led to four years of intense war and bloodshed that killed millions. There were also many cultural differences, but the real motives behind the Civil War are still a secret. 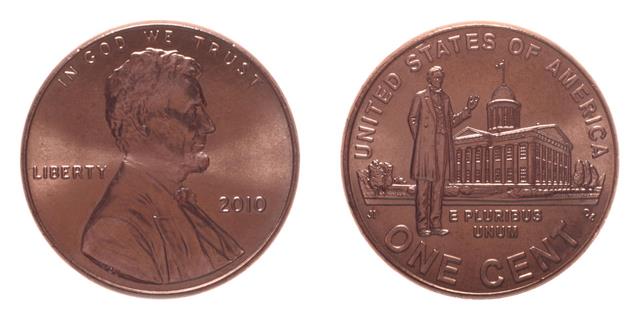 An unforgettable American tragedy, the assassination of Abraham Lincoln is yet another important chapter in America’s history. History states that the defeat of the Southern States by the Union Territories during the Civil War led to the cold-blooded murder of Lincoln (who was the commander of the Union Army). The man who assassinated Lincoln was obviously a Southern sympathizer, John Wilkes Booth – a stage actor. Booth considered Lincoln wholly responsible for the Southern destruction and the murder of his Southern brothers. He shot Lincoln on the back of the head with a .44 caliber Derringer, percussion-cap pistol at the Ford Theater on 11th April 1865 in Washington. After an intensive search for several days, Booth was finally killed in an encounter with the troops on April 26 1865.

The image depicts a stamp in the honor of the Wright Brothers. 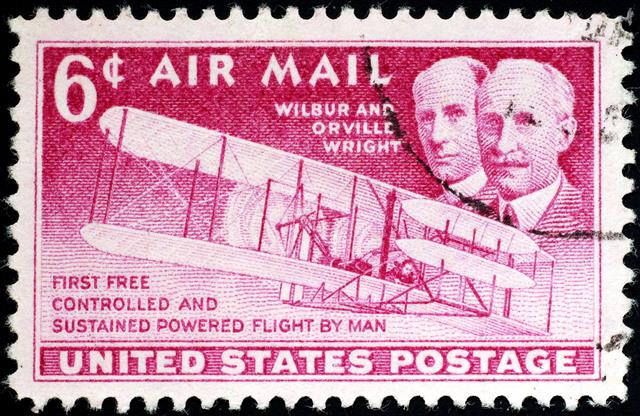 The origin of the term ‘Aeronautical Engineering’ can be traced back to an event that occurred in a bicycle shop that the (Orville and Wilbur) Wright brothers owned. Both brothers had a keen passion for flying machines from a young age, and spent a great amount of time and effort studying everything related to it. After years of research, they designed a prototype, which took its first flight on December 17, 1903 in Kitty Hawk, North Carolina. Orville climbed into the vintage cockpit and flew the model for 12 seconds. Four attempts to fly were made that day, and in the last one the prototype soared up to almost 800 feet and was in air for about a minute. Today, all of us are amazed at the Boeing 747 and the Airbus A380; but it is strange to know all these gigantic flying machines had a humble beginning in the 1900s by two geniuses. They are regarded as the pioneers of aviation.

The image depicts President Wilson addressing Congress regarding the entry of the US in World War I.

Hailed as the Great War, World War I is responsible for at least 3 million casualties. The US had maintained a neutral stand in the war. It was under the leadership of President Woodrow Wilson, who was a peace lover and wanted to avoid the war. However, Germany’s constant submarine warfare on US passenger ships and its attempt to trigger the US-Mexico war again caused the former to declare war on Germany. Hence US inadvertently got involved in the Great War. To weaken the British, Germany started targeting all the cargo ships coming towards England with their U-Boats (submarines). Eventually, they started targeting any vessel that was heading towards England. In this warfare, it sank the British cruise ship Lusitania which killed 1198 passengers in which 128 were Americans. This incident was instrumental in pushing America to war.

The image depicts the bombing of USS Shaw (Mahan-class destroyer) during the attack on Pearl Harbor.

The US was merely a spectator, or rather a secret supporter of Britain in World War II. However, the attack on Pearl Harbor changed its stance. On December 7, 1941, at least 353 Japanese war planes attacked Pearl Harbor causing grave damage and killing more than 2000 US officers. This incident was the last straw and it entered the World War II as an active member, thereby leading to the bombing of Hiroshima and Nagasaki. The World War II was bigger than any conflict that mankind had ever seen. It was one of the most disastrous battles and caused more deaths than World War I. It was the first time that the US was an active member and was the only country that used an atom bomb in the war. It was also the first time that President Franklin Roosevelt signed the Executive Order 8002 which meant a ban on racial discrimination. The US emerged a winner and a super power after the end of this war.

The 1900s was one of the most controversial times in the history of the United States. It was the time when African-Americans rose to gain equal rights in the country and marked the beginning of a movement that would abolish racial discrimination to a larger extent. Slavery was abolished in 1865, but in many states, African-Americans were still treated like slaves. To add to their misery, the state government implemented “Jim Crow” laws that barred African-Americans from attaining education in public schools, using public modes of transport and even entering hotels. There is no one movement that can be credited with eliminating racism against the African-Americans. The entire credit goes to the countless people who participated in this struggle and ensured that racism was abolished from the United States of America.

Attack on the Twin Towers

The image depicts the burning of the Twin Towers captured from a distance.

An incident America and the world will never forget, the falling of the World Trade Center was not just the fall of two tall buildings, it was the fall of humanity. On September 11, 2001, 19 Islamic extremists, on the orders of al-Qaeda chief Osama bin Laden, hijacked four passenger jets, and crashed two of them in the North and South Towers of the World Trade Center complex. The third jet was targeted at the Pentagon and the fourth one was crashed into a field near Shanksville, Pennsylvania. The number of lives lost is still not clear; however, statistics say that almost 5000 innocent lives were lost. This incident triggered a decade long-war against terrorism, in which the United States invaded Afghanistan and demolished the rule of Taliban which was harboring al-Qaeda.

These are only a few from the infinite events that have shaped the United States of America, and have had the greatest impact worldwide. 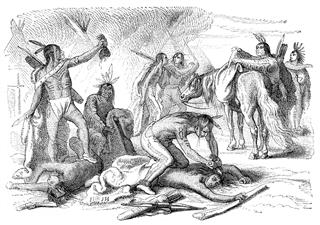 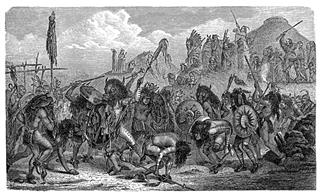 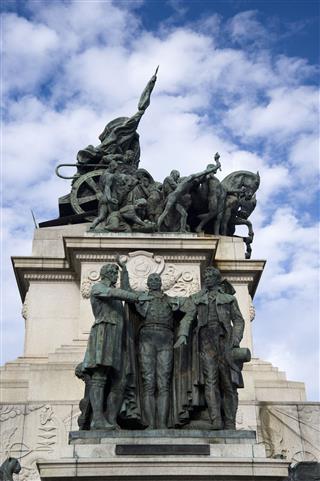