Significance of the Commerce and Slave Trade Compromise in the U.S. Constitution

The Commerce and Slave Trade Compromise was reached during the US Constitutional Convention of 1787. But what did this compromise accomplish? Historyplex answers this question, along with telling you about its significance.

Home / Uncategorized / Significance of the Commerce and Slave Trade Compromise in the U.S. Constitution 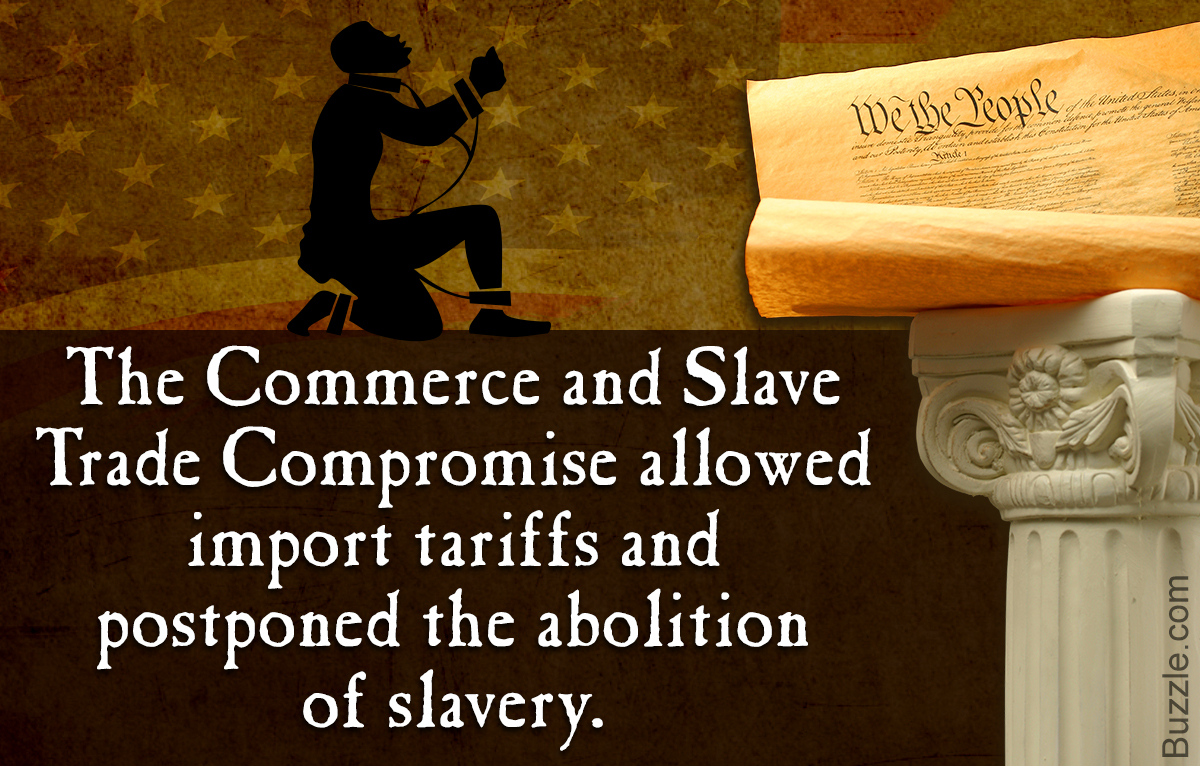 The Commerce and Slave Trade Compromise was reached during the US Constitutional Convention of 1787. But what did this compromise accomplish? Historyplex answers this question, along with telling you about its significance.

The Commerce and Slave Trade Compromise was the first time that the powers of the US Congress were curtailed.

On 25 May 1787, fifty-five delegates from all the states of the American Union met in the town of Philadelphia, Pennsylvania. This convention, called the Constitutional Convention, aimed to modify the Articles of Confederation by which the government was being run since the Great War of Independence, because it had weakened the government.

Most of the delegates were veterans of the Great War themselves. Rhode Island did not send its representatives, because it was against the empowerment of the federal government, which, it feared, would weaken the states.

It was soon clear to all the delegates at the meeting, that rather than modify the existing government, it was better to write a new constitution instead. However, the approval of this constitution required several compromises to allay the fears and disputes between various states. As a result, the final constitution is often called a ‘bundle of compromises’. These compromises were initially proposed by a committee formed in the convention, called the Committee of Detail. But since these were rejected, it was another committee, called the Committee of Eleven, who wrote the final compromises, which were then accepted to avoid the failure of the convention. Let us understand what was the significance of the Commerce and Slave Trade Compromise.

Towards the end of the eighteenth century, the northern states of the union had become more industrialized as compared to the southerners. They had begun to produce goods, and needed a market for them. The southern states, on the other hand, were agrarian, which produced crops like indigo and tobacco. These products were exported to Europe, which was a good market for them. They also imported goods from England.

This import of British goods was resented by the northern states, which viewed it as competition, and wanted the southern states to buy goods produced from the north. However, the latter desired to keep up the import from England, as they preferred British goods. So, the delegates from the northern states who attended the convention expected Congress to impose tax on both, the import and export of agricultural produce of the southern states, which, besides reducing competition to the industries of the north, would also produce revenue for the country.

Meanwhile, in the years leading to the convention, most of the northern states had already abolished slavery, and slaves were free men. All around Europe and the rest of the world at the time, slavery was beginning to be frowned upon. On the contrary, the southern states, being heavily dependent on agriculture, depended to a large extent on the slave trade. For more than a century, these states had imported slaves from African nations to work on their plantations. Many of the delegates from the southern states, attending the convention, themselves owned slaves, and thus had vested interests in allowing the trade to continue. As a result, slaves constituted about 1/5 of the country’s population, at the time.

The northern states hoped that Congress would abolish the slave trade. In fact, some delegates even wished the setting up of national laws which abolished the entire Transatlantic slave trade. The delegates from the southern states, meanwhile, knew about the intentions of their northern countrymen, and heavily defended the slave trade, as their economies were dependent on it. They had reservations that the federal government would give in to the demands of the north, and abolish slave trade.

Some delegates thought that the northern states were jealous of their progress. States like South Carolina and Georgia even threatened to secede from the union if slavery was abolished. Meanwhile, a previous compromise reached in the convention, allowing a slave’s vote to be considered as 3/5 of a normal vote, had already raised fears in the delegates from the north, that in order to increase their representation in the House of Representatives, the southern states would import more slaves, which would strengthen the slave trade even further.

It was clear from the proceedings of the Constitutional Convention, that in order to keep the country united, another set of compromises would have to be reached. So, a Commerce Compromise was reached between the delegates, which imposed a tax on the import of goods from foreign countries, while protecting exports from any taxation. Moreover, interstate commerce (between states) was to be regulated by the federal government, while intrastate (within a state) trade was to be controlled by the state governments.

While a taxation of the imports was meant to pacify the northern states by reducing their industrial competition, the relief on exports was intended to appease the southern states. The compromise also had a provision, that all commerce bills had to be passed by a 2/3 majority in the senate, which was another boon to the southern states, as all states had equal representation in the senate, irrespective of their population, so that the more populous north could not hamper their interests.

The Constitutional Convention saw heated discussions on the slave trade. Finally, the delegates arrived at a compromise, called the Slave Trade Compromise . According to this, Congress could not abolish the slave trade before the year 1808. However, a provision of the compromise allowed it to levy a tax on the import of slaves, at $10 for each slave. Initially, the Committee of Detail formed by the convention recommended a grace period of twelve years, until the year 1800, but this was increased to 20 years at the behest of a South Carolina delegate named Gen. Charles Cotesworth Pinckney.

The arrangement pacified the fears of the southern states, who were free to carry on with the slave trade for another two decades. To protect the union, the northern states had no choice but to wait until then. The southern states agreed to this compromise, assuming that the opposition to slavery would eventually die out. In order to further appease the south, the ‘Fugitive State Law’ was passed, which ordered the northern states to deport any runaway slaves from the south. The taxing of the import of slaves showed that they were technically considered as commodities.

The Slave Trade Compromise did not, however, mean that the state governments could not abolish slave trade of their own accord. Soon after the convention, New Jersey and Rhode Island were the first to take this initiative, and were followed by others like Massachusetts, Connecticut, and New York. Congress also worked against the slave trade, using means which were not prohibited in the compromise. It passed a law in 1790, which prohibited US citizens from indulging in slave trade with foreign shores. Moreover, another law passed in 1794 banned the construction or repair of any vessels which were intended for slave trade. By 1806, South Carolina was the only US state which allowed slave trade. Finally, on 2 March 1807, President Thomas Jefferson approved a bill abolishing slave trade, which came into effect on January 1, 1808.

Despite the abolition of international slave trade, internal slave trade continued, and over time, the number of slaves would rise to as high as 4 million. The conflict caused between the north and south over slavery would result in the devastating four-year American Civil War, when eleven southern states declared secession from the union and formed a ‘confederacy’. Slavery was completely abolished only when this confederacy was defeated in May, 1865.

The importance of the Commerce and Slave Trade Compromise can be seen from the fact that, it was included in Article I of the US Constitution. It also reveals that the founding fathers did not always choose the moral path, and did what was necessary to keep the country united at the time. 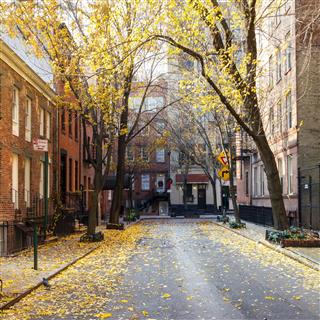 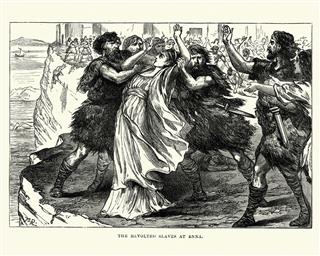