Detailed Information About the Unfortunate Job of a Scullery Maid

Enlisted with menial tasks in a household, a scullery maid led a life of servitude and drudgery. Historyplex gives further information on the life and duties of a scullery maid. 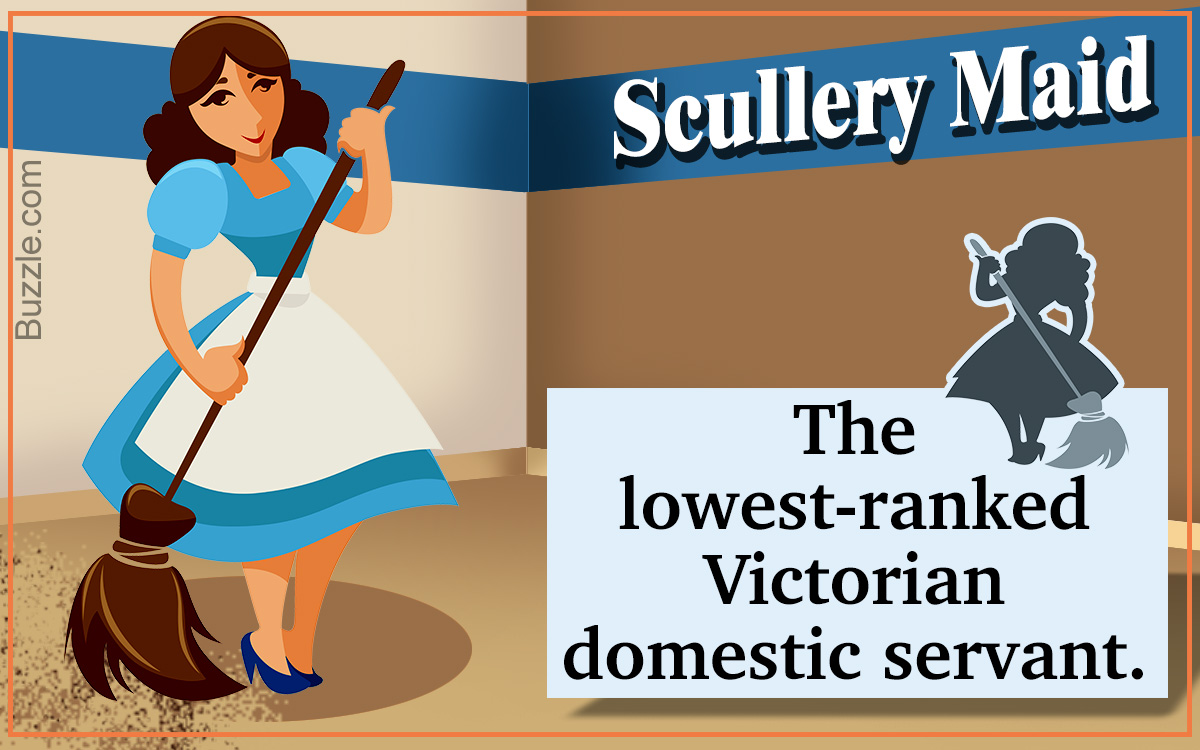 Enlisted with menial tasks in a household, a scullery maid led a life of servitude and drudgery. Historyplex gives further information on the life and duties of a scullery maid.

Both Cinderella and Snow White were portrayed as scullery maids in the 1950 and 1937 Disney films.

Scullery Maid is “A female domestic help who is responsible for washing the dishes and doing other menial household work.” The word ‘scullery’ comes from the old French word ‘escuelerie’ which means keeper of dishes. Their job was to spend most of the time in a ‘scullery’, which was a small room where vegetables, grains, or fruits used to be cleaned, trimmed, and cut before sending it to the kitchen. Also a place where cooking utensils were cleaned and stored. They also took orders from the senior servants to perform a variety of duties for the household, and reported mainly to the kitchen maid and the cook.

The practice of keeping a scullery maid was rampant during the early Victorian times as it was common for young children to be employed as domestic servants. This was considered as an ideal occupation for young single girls and women. They were also known as ‘tweenies’ because they did menial tasks from ‘between the stairs’ in the basement, lending a helping hand to the cook or assisting parlor-maids in the family room. Historically, they belonged to the lowest rank of the household hierarchy, and were mostly ridiculed by the other servants. They remained invisible to the owners of the household. The practice of employing a scullery maid no longer exists, but here is some information on the duties they performed.

Duties of a Scullery Maid

✦A scullery maid was expected to work in the kitchen, first thing in the morning She had to wake up early and be the first one to light the kitchen fire and prepare water for the morning tea.

✦The next chore was to clean the chamber pots of the other female servants as well as the kitchen along with the passage, pantry, scullery, and utensils.

✦ They also had to lay out the breakfast table and clean the utensils after breakfast. They spent hours scrubbing floors and helping the cook with the cleaning, cutting, trimming of vegetables, poultry, meat, and fish.

✦In the Elizabethan era, herbs were considered as important ingredients for cooking, and a scullery maid was responsible for gardening and gathering the herbs.

✦There were always plenty of clothes to be washed as wealthy people had the tendency of changing linen undergarments several times a day. It was the duty of the scullery maid to prepare washing soap from boiling fat and lye.

✦They took orders from the seniors maids and many a time, set tables for them and served food.

✦A scullery maid worked with minimum benefits. They were given a place, which was little more than a room, to stay, meager emergency medical care with only a few days of leave, and no opportunity for remunerative leftovers, to barter or sell so as to add some extra money to their already low wages.

✦They earned wages between 10 to 13 pounds per annum during the Victorian era. If anything was damaged or broken, they were held responsible for the same, and their wages were deducted.

✦At times, they were expected to sleep in the cupboards or under the attic stairs, a strict rule forbid them from singing or laughing during work, and they had to remain quiet and invisible most of the time.

✦They were subjected to monotonous hours of work with no compensation for burns, cuts, and falls during work. They were unable to enjoy the fresh air outside due the long hours of work.

✦They had no authority to question the work given by the senior servants, and if they ever came in contact with the members of the household, they had to avoid eye contact and leave the room immediately.

A scullery maid had the most strenuous and thankless job in a Victorian household. They lived a totally oblivious life till the time the issue of servants’ grievances and injuries was finally acknowledged in the Workman’s Compensation Act of 1907. This act proved beneficial for the maids as well as the cooks, thus, helping them live a better life.