The Uniquely Diverse Traditions and Culture of Taiwan

Taiwan, the island of diversity is rich in culture and heritage. The interesting people, exotic food varieties and colorful festivities of glorious Taiwan continue to beckon tourists from across the globe. Is Taiwan already on your 'to-visit' list? If not, here are some very good reasons...

Home / Uncategorized / The Uniquely Diverse Traditions and Culture of Taiwan 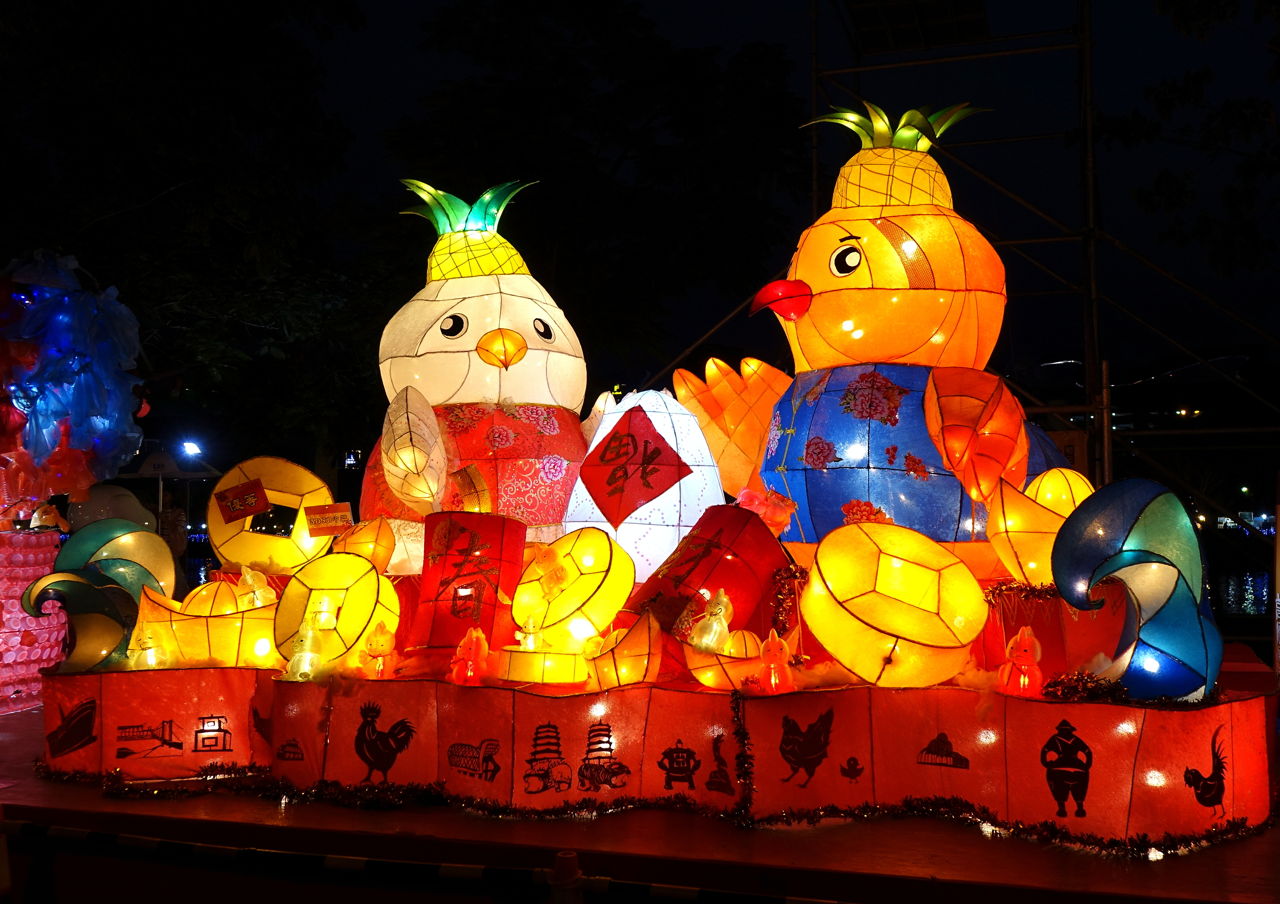 Taiwan, the island of diversity is rich in culture and heritage. The interesting people, exotic food varieties and colorful festivities of glorious Taiwan continue to beckon tourists from across the globe. Is Taiwan already on your ‘to-visit’ list? If not, here are some very good reasons… 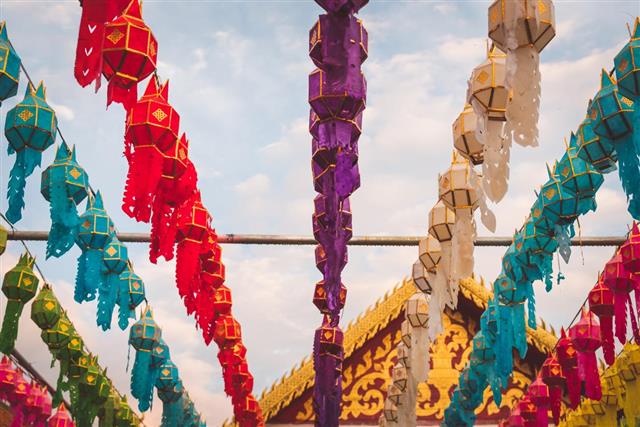 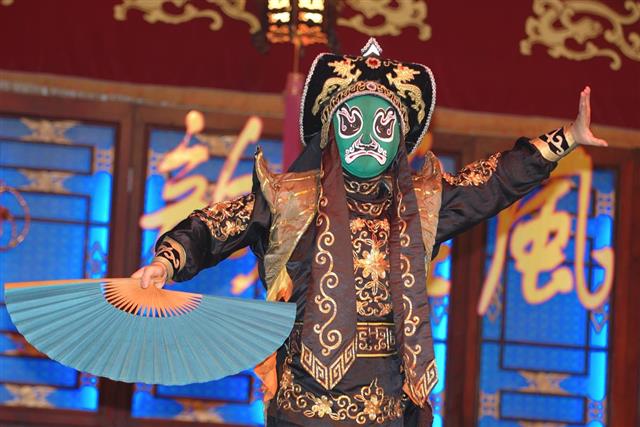 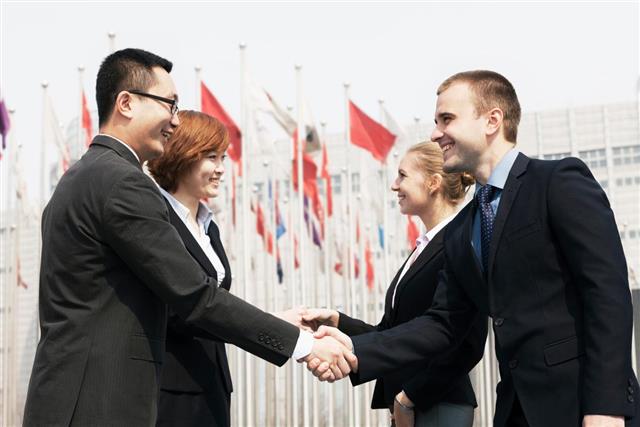 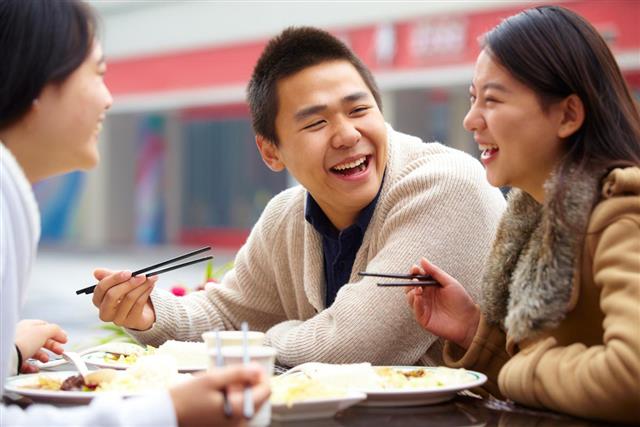 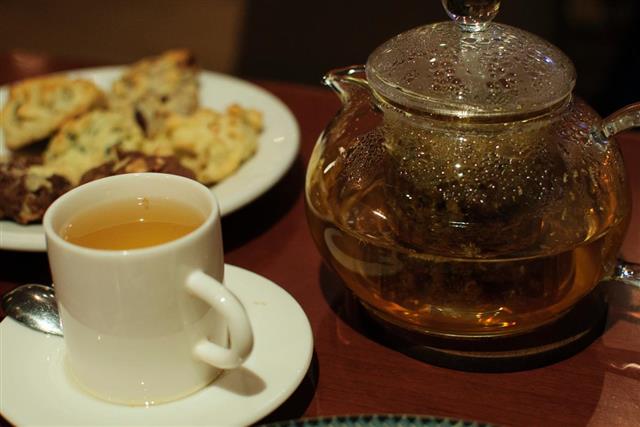 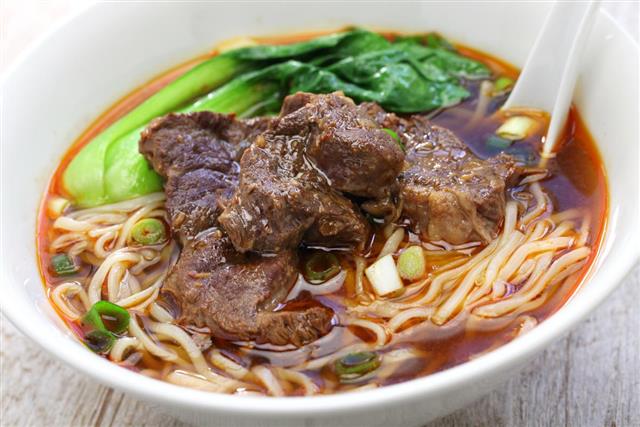 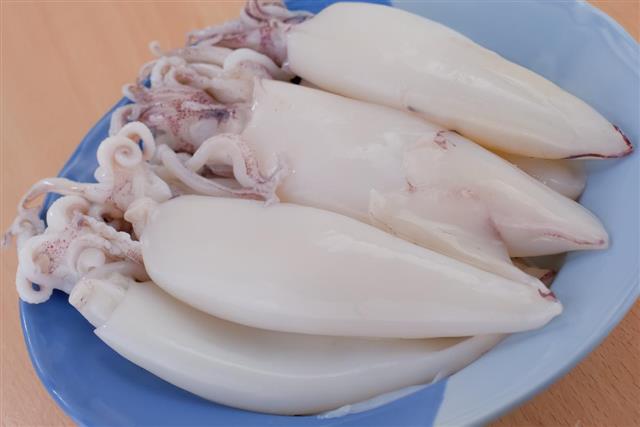 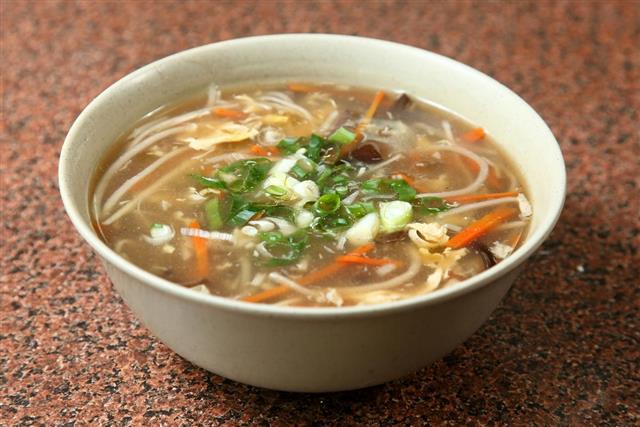 Taiwan is a collection of many islands and is shaped like a tobacco leaf (narrow from both ends). It is situated 120 kms off the southeastern coast of mainland China. To its north are Japan and Okinawa, and Philippines to its south.

Taiwan has been an island that opened its arms to immigrants of different religions, nationalities and cultures. Today, Taiwan houses a population of almost 23 million people, of which a majority correspond to Han Chinese (descendants of the immigrants from several territories of China). Han Chinese are divided into three types: Taiwanese, Hakka, and Mandarin on the basis of language spoken by them. Besides the Chinese, Taiwan is also dabbled with Dutch, Japanese, Spanish and Portuguese. Most of the people in Taiwan reside in the cities, thereby making Taiwan one of the most densely populated cities in the world.

Aborigines: According to most anthropologists, the original inhabitants of Taiwan belonged to Malaya-Polynesian ancestry (coming from North Luzon in Philippines). These aborigines influenced the country’s culture considerably with their artistically constructed houses and beautifully embroidered clothes. In the 1600s, the Han Chinese (natives of China) migrated in large numbers to Taiwan, and overshadowed the ab original inhabitants by their huge numbers and through intermarriage. Today, about nine aboriginal tribes exist, constituting two percent of Taiwan’s population and happen to live in the remote mountainous terrains of Taiwan. The aboriginal people are physically more well-built and darker in complexion as compared to the Han Chinese.

Language: The official language of Taiwan is Mandarin Chinese which is spoken as the mother tongue by majority of the people. Hakka and Taiwanese Chinese are the other popular languages in the country. English is the most popular foreign language which has been included in the school curriculum.

The integration of different cultures into Taiwan is reflected in its cuisine as well. Compilation of different cuisines of different regions has given birth to the unique culinary culture of Taiwan. Noodles, soups, shrimp rolls, etc. are some of the most relished and popular meals in the country. Rice and soy are widely eaten across Taiwan. Rice wine, sesame oil, soy sauce, pickled mustard greens, peanuts, etc. are commonly used seasonings in Taiwanese dishes.

Sea food and Meat: Fish and meat play a significant role in Taiwanese cuisine and are common in festive dishes. In the fish category, various crustaceans, fishes (tuna, grouper), cuttlefish and squids are amongst the most commonly relished. In the meat category, pork is widely eaten, however, beef is not as popular in the country. The Buddhist Taiwanese refrain from beef, since they disapprove the slaughter of animals used for agriculture. However, surprisingly the Taiwanese beef noodle soup is very popular despite this traditional belief.

Tea: Taiwan was introduced to tea by the Chinese immigrants, not just as a beverage but also as an ingredient that possessed medicinal properties. Tea trees of Taiwan are known to produce some of the best teas in the world. Even though the Chinese are responsible for introducing tea to Taiwan, the method of tea preparation for the Chinese and Taiwanese are different. Tea making in Taiwan is considered as an art and the standard of tea prepared is based on the elegance of the aroma, purity of taste and clearness of tea color.

Communication Style: People in Taiwan have high regards for contextual understanding and consider brief, abrupt messages as rude and impolite. They give and expect deep, broad contextual messages to gain better understanding of the core message, blended with gestures and facial expressions. People from countries where context is not given much importance have to be careful in this regard.

Dining Customs: The Taiwanese entertain their guests at home only when they build a relationship with a person. Until then, they entertain their guests at restaurants, etc. Chopsticks are used to eat with and are returned to the chopstick rests after every few bites, while drinking and while speaking. The food is usually served on revolving trays and only after the host starts eating the guests begin. There is no hard and fast rule about finishing the food in the plate. In fact, if one is done with the meal one must leave a little in the plate to indicate so.

Gifting Etiquette: Chinese New Year, birthdays, weddings and funerals are occasions when gifts are given. Food baskets, good quality wines, etc. are popular gift items, however, items such as pair of scissors, knives and other cutting devices are not gifted as they symbolize severing of relationships. Further, items such as clocks, handkerchiefs, white flowers and straw sandals are also not given as they correspond to funerals. The gifts are not wrapped in black, white or blue, instead, vibrant colors such as red, yellow and pink are used.

Greeting Etiquette: Greetings are formal and the oldest person is greeted first. Usually the Taiwanese people look towards the ground while greeting as a sign of respect. Handshakes are used to greet foreigners. The rhetorical question, ‘Have you eaten?’ is a frequently asked question while greeting.

Beliefs: Hell bank note tradition, which is a Chinese tradition is also followed in Taiwan. Hell Bank note is a special form of paper money, which is burnt as an after-life ancestral offering. The living send their dead ancestors money in the form of hell notes to spend in their afterworld. The denominations of these hell notes range from $10,000 to figures as outrageous as $500,000,000. These notes may appear as superstitious items to other people, however, to the Taiwanese these notes are very significant. Hell notes are not given as gift items, nor are they given to living people (not even as a practical joke), since hell notes symbolize death.

Values and Ethics: The values and ethics of the people of Taiwan, are based on the teachings of the Chinese thinker and social philosopher, Confucius. Confucianism advocated ancestral worship and the practice of rituals. It also emphasized on the obligations people had towards one another, along with ample stress on loyalty, responsibility, filial piety, respect for elders and etiquette of daily behavior. Since the people of Taiwan follow these principles as guidelines, they are seen to treat people around them with respect and dignity. They are team players and are known to set aside their personal grudges for the benefit of the group.

Every country has festivals it celebrates with exuberance and vigor. Taiwan also has a list of festive occasions it takes pride in, of which music and dance are crucial parts. Informal folk music such as Hoklo, instrumental music, Pop and Rock and Taiwanese operas are quite popular. Group dances are common during rituals and ceremonies. Some of the festivals celebrated are:

Chinese New Year Festival (January / February) : It is the longest and the most important festival celebrated in the country. It’s the time when the people of Taiwan are seen to purchase gifts, clothes,etc. All sorts of debts are seen to be cleared during this time. Sumptuous meals and fireworks also accompany this festival.

Lantern Festival (February / March) : People are found carrying colorful lanterns with calligraphic inscriptions, across the city. This tradition is followed to ensure good luck and prosperity in the coming year.

Tomb sweeping Day (April / May): Ancestral worship is given prime importance in Taiwan, and Tomb sweeping day is the day set apart for worshiping and honoring the dead. Families visit the graves of their dead relatives, clean the graves and offer sacrifices.

Dragon Boat Festival (May/June): There was a famous Chinese poet (403-221 B.C), whose integrity was nailed by rivals. The king lost trust in him, thus in despair the poet drowned himself. The villagers had high regards for the poet and rushed to his rescue in boats but in vain. Large quantities of rice was dropped into the water with the hopes that the fish would eat the rice instead of the poet. To commemorate the poet’s death, boat races are held and rice dumplings are eaten on this day.

Chinese Valentine’s Day (July/August): People in Taiwan go to the temple of the matchmaker and offers prayers for their love-life and marriage.

Ghost Festival (August / September): The Ghost festival commences on the first day of the seventh lunar month and is marked by unlocking the tower gate of the ‘Old Venerable’ temple. It is believed that from this day onwards the spirits of the dead come to the world of the living and stay for an entire month. The Taiwanese set out lavish sacrifices, exotic food offerings, etc. to ensure that the dead have a pleasant visit. The month of the festival is considered to be unfavorable to travel and to conduct any marriage or funerals.

Mid-Autumn Festival (September/October): This festival is marked by the presence of a round full-moon which is considered to be a symbol of joy and happiness. Family re-unions are common during this time.

Any time during the year is suitable to visit Taiwan. However, during the Chinese New Year, several shops on the island are closed and accommodation rates doubled. On the contrary, during the Ghost festival month, since traveling is considered a taboo, the cost of moving around is less and is an appropriate time to visit. The weather in October and November is cool and pleasant and is also a swell time to pay a visit. 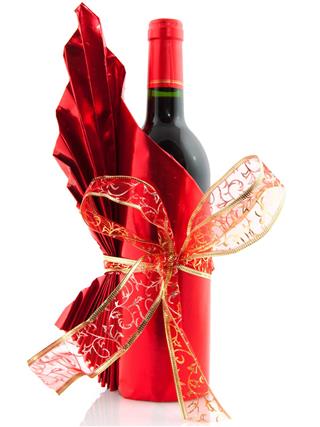 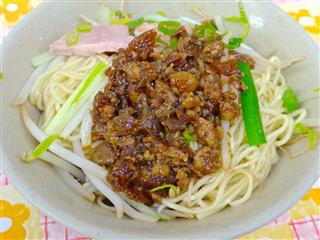 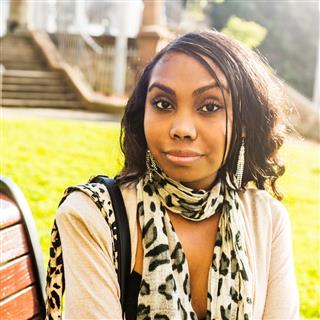 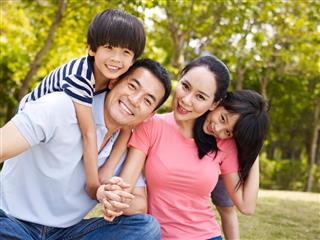 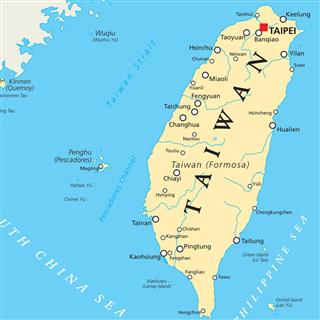