The Ruthless Women Warriors of the Amazon

The Amazon are believed to be an ancient society of female warriors in Greek mythology. The women of this tribe were known for their courage and their fighting prowess. In this article we will learn about Amazonian women and try to find out if their myths have any basis in fact.

Home / Uncategorized / The Ruthless Women Warriors of the Amazon 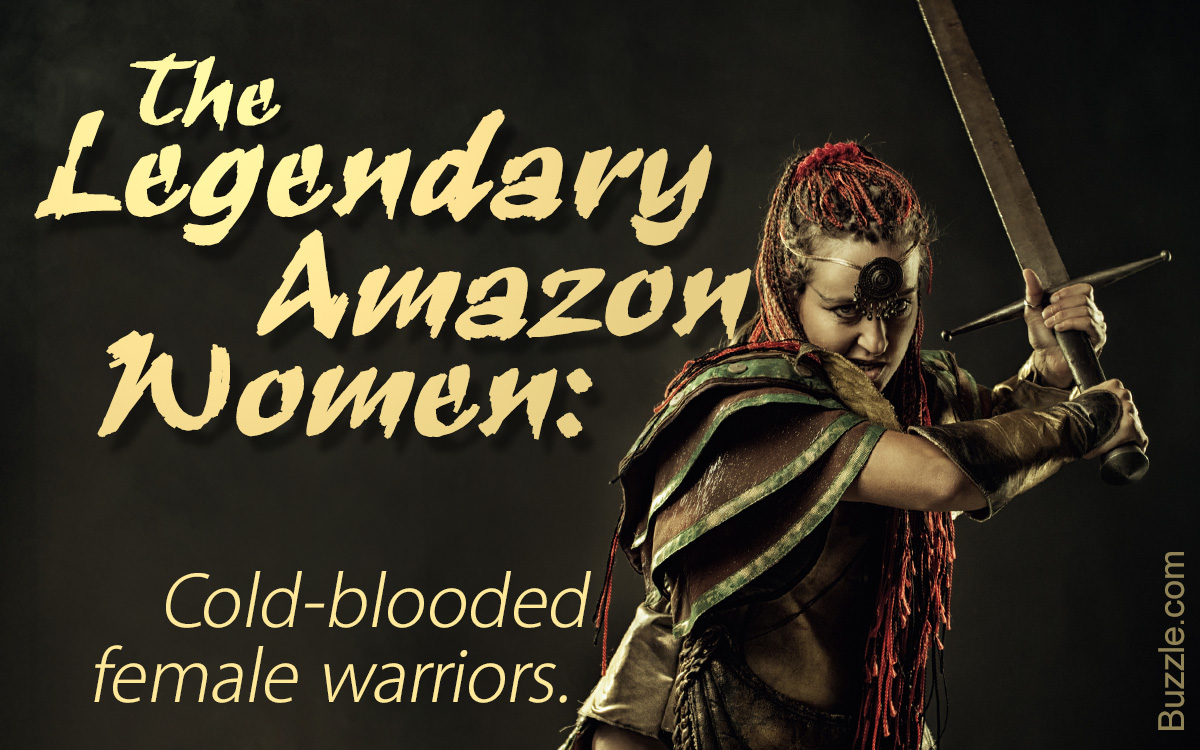 The Amazon are believed to be an ancient society of female warriors in Greek mythology. The women of this tribe were known for their courage and their fighting prowess. In this article we will learn about Amazonian women and try to find out if their myths have any basis in fact.

The term Amazon is believed to have come from the Greek terms a- and mazos, which meant without breast. This has come from ancient Greek literature, which stated that the women warriors of the Amazon would cut and cauterize their right breast to make it easier while wielding weapons, such as a bow or javelin. Although there is no clear evidence as to whether the amazonian actually cut their breasts in ancient art, most depictions show the women with one breast covered by armor or clothes, leaving the answer ambiguous. Another alternative of comes from the Iranian terms ha-mazan, which means ‘to make war’.

According to myth, the Amazonians were an all-female society of fierce warriors who supposedly lived in the area north of the Black Sea somewhere in modern Turkey, about 700 years before the fifth century BC. It is commonly thought that these women created an independent kingdom with many flourishing townships under the leadership of queen Hippolyta. Later the tribe is said to have moved to a place known as Themiscyra along the river Terme in northern Turkey. They have been mentioned by Homer and Herodotus in their writings, where male characters have boasted of defeating and killing amazon warriors, without the act seeming cowardly, indicating how much respect was given to these great women fighters.

The Amazon society was described as stringently matriarchal. Males were of no use other than for mating purposes and as slaves, doing work that was traditionally performed by women. The limbs of the men were amputated so that they could not rebel and escape. Male babies were either given away at birth to neighboring tribes or killed. From an early age Amazonian women were trained in the arts of war. Apparently the right breast of the young Amazon girl was cauterized by her mother so that she would be deft with the various weapons of war. According to Greek art, the Amazonian women modeled themselves after the goddess Artemis and wore thin long shirts and close fitting trousers and high caps. Also the Amazon women have often been depicted as wearing only one earring. As, warriors, the Amazon women mostly ate meat, and bread was a rare item on their diet along with other vegetables and fruits, either farmed or raided from other tribes that existed close by.

Archaeological Evidence of the Amazon Women

Although the writings of Herodotus, Homer and other Greeks were the only reference to the Amazon tribe for a very long time, the debate whether the Amazonian people existed intensified when Jeannine Davis-Kimball, the head archaeologist of a site in Kazakhstan, unearthed burial sites in the 1990s which supported the existence of women warriors. Women and girls were found buried with weapons. The curved leg bones of one woman attest to a life spent on horseback, which according to Davis-Kimball is evidence of women’s participation in activities that were traditionally meant only for males in Greece. An arrowhead within the body of another woman which was apparently the cause of death, is seen as direct evidence of women’s participation in battle. In recent years more such sites have been found, which show that the amazon way of life was not uncommon, and held great influence over this part of the world in the past.

There is a growing body of evidence that the Amazonian women were as real as the civilizations who wrote of them. They are believed to have governed large areas of Europe, Asia Minor, and Africa. Cities named Amazonium were established on Pontus and the Island of Patmos and numerous ancient cities in Europe, Asia Minor. The islands of the Aegean Sea, including Smyrma and Ephesus, claimed to have been founded by these women. A number of these cities stamped coins commemorating their Amazon founders and built statues and temples in their honor. This fact that the Amazon women were indeed real has been corroborated by historian Jessica Salmonson. According to her these women warriors belonged to different matriarchal societies, one of which was a clan of Libyan women warriors who originated on Tritonia, an island off the African coast. Even Herodotus wrote of the Libyan Amazon military power that was in prominence in the late sixth century BC.

Greek mythology describes the Amazonian women as descendants of the god of war, Ares, and the sea nymph, Harmonia. They worshiped Artemis, the goddess of the hunt and exactly where their territory was, has always been disputed. Herodotus believed they may have occupied the sweeping steppes of Southern Russia. Other stories claim they lived in Thrace or along the lower Caucasus Mountains in northern Albania. The Thermodon River, in Asia Minor, known today as the coast of Turkey, seems to be the most frequently mentioned territory of the Amazonian women. Stories of beautiful and bloodthirsty female warrior women thundering across arid battlefields have been told, re-told and speculated over for thousands of years by many cultures. Greek myths are filled with tales of the Amazonian women warriors and their exploits, love affairs, and battles.

The Greeks, Romans and other early civilizations wrote about or depicted these warriors in their art. The name Amazon has survived through the ages as a generic term for women warriors. However until recently most of the historians who accepted these same ancient authors and artists as credible sources for information on other aspects of their society dismissed their descriptions of the Amazon women warrior as myth.

Stories abound about different Amazon queens who displayed great valor in battle. An influential healer in Uganda known as Muhumusa claimed that the spirit of the Amazon queen Nyabinghi, resided inside her. Known as “the hidden queen”, she defeated the English colonists and rescued her people from a life of abject slavery. Ya Asantewa, an Ashanti queen of Ghana typified the spirit of the woman of the Amazon when she said “If you the men of Ashanti will not go forward, then we will. We the women will. I shall call upon you my fellow women. We will fight the white men. We will fight until the last of us falls in the battlefield.”