Jesse Harding Pomeroy, the "Boy Fiend," was one of the youngest serial killers ever known. Though hardly 14, he had led himself into the world of killers who liked to play around with their 'toys' before finally destroying/killing them. This is his story. 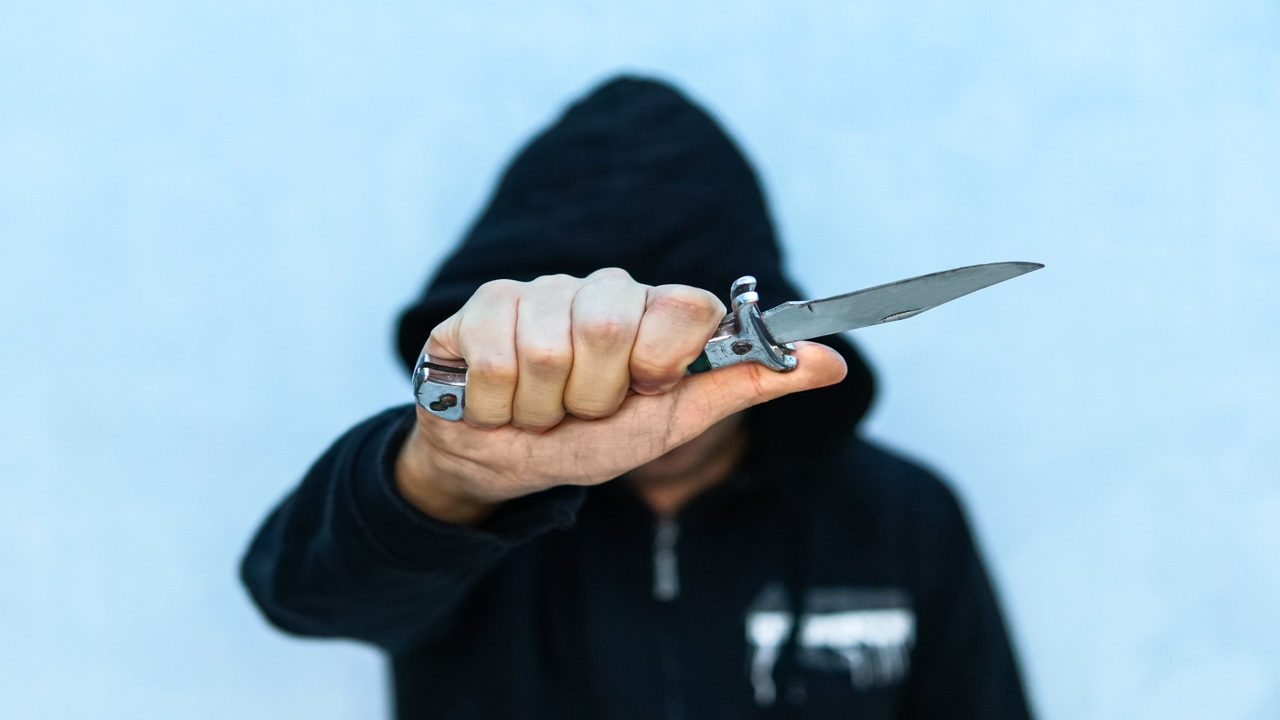 Jesse Harding Pomeroy, the "Boy Fiend," was one of the youngest serial killers ever known. Though hardly 14, he had led himself into the world of killers who liked to play around with their ‘toys’ before finally destroying/killing them. This is his story.

Children – those adorable little things who look up at us with joy filled eyes and innocent hearts, who remind us of our own childhood, those days of freedom and immortal youth, the reflection of our glory days gone by. Children. Well, not all is cotton candy and butterflies in the Land of Oz, never was, never will be. They are humans too, tainted with the same frailties as our older selves, troubled by the same frustrations, driven by the same hunger, and instinct. They can kill too, for money, for love, out of anger or hate, or maybe, just maybe – and it’s a bitter pill to swallow – for the sheer joy and thrill of killing. Was Jesse Harding Pomeroy one of these rare anomalies that plague mankind from time to time? What Darwin called an atavistic character in his seminal work The Descent of Man (1884)? We may never know. What we do know, is what he did and how he did it and how society reacted to his crimes.
Image Source: Wikimedia Commons (PD)

Jesse Harding Pomeroy, for whom civilized society would soon coin such choice terms as the ‘boy fiend’ and ‘inhuman scamp’ was born to a lower middle class family in Charlestown, Massachusetts on November 29, 1859, to parents Thomas J and Ruth Pomeroy. He had an older brother Charles and they lived in the Chelsea area of the city. Jesse’s father Thomas was a drunk and would often whip the boys to discipline them. His mother later divorced and moved to South Boston where she put up a dress shop and his brother started a paper route.

At a young age Jesse displayed certain characteristics that would only much later be recognized as the McDonald triad (J.M McDonald 1963) of pointers toward homicidal behavior. One of them is the affinity for torturing animals and this was a trait young Jesse exhibited often, as can be gathered from accounts of his mother during his trail. The mutilation of birds and neighborhood kittens was but a prologue to what was coming and it began early, so soon in fact that even modern society, far more prone to juvenile violence than its 18th century counterpart, finds the abnormal cruelty of Jesse Pomeroy hard to believe.

Jesse Pomeroy’s earliest depredations began as a result of the terrible beatings and humiliations he endured at home at the hands of his father. Professor Harold Schechter who wrote a comprehensive account of the life and crimes of Jesse Harding Pomeroy titled ‘Fiend: The shocking true story of America’s youngest serial killer‘ is of the opinion that childhood abuse is more likely to generate homicidal tendencies in victims rather than the portrayal of violence and deviancy in the media as lifestyle aspirations.

Newspapers such as the Boston Globe that covered the Pomeroy case describe Jesse Pomeroy as having a ‘marked’ physiognomy, a large head, wide cruel looking lips and most striking of all a milk-white right eye, possibly the result of a childhood illness. His first known victim was a small 4-year-old boy, William Paine who was brutally beaten and left hanging from a crossbeam in an abandoned cabin. The boy was in such poor condition that he was unable to give an accurate description to the police. The attacks continued, increasing with time in both ferocity and sheer daredevilry as the ‘monster’ lured away young children with promises of ‘seeing soldiers’ and ‘going to the circus’, leaving them bound and beaten. The only clue the police extracted from these traumatized children was that the attacker had been a large teenage boy with brown hair.

The South Boston, Chelsea area was in a panic with stories of a bogeyman and anxious appeals for police action. Things finally went the law’s way in late 1872 when five-year old Robert Gould was attacked by an older boy who cut his head open with a knife. He told police that the boy had a marble-white eye, but not before 7 or more little boys had been assaulted. Only a few days later on September 21, 1872, Jesse Pomeroy himself walked into the South Boston police station where the police had bought one of his victims, Joe Kennedy, for an identification lineup. The boy recognized his assailant and the ‘fiend’ was soon caught and put in a cell.

The court ordered Jesse Pomeroy to be put in juvenile detention until he turned 18 and he was taken to the House of Reformation in Westborough. It was a tough place to be in, especially for someone in his teens but Pomeroy flourished as only a psychopath could, never being put in detention or punished for wrongdoing the entire time he was there. His mother wrote letters pleading for her sons release and citing various lapses in police investigation, which, coupled with Pomeroy’s immaculate behavior in reform school, convinced the authorities to give him a second chance and Jesse Harding Pomeroy was freed, just about a year and half later, in early 1874.

Jesse Pomeroy returned home and began helping his mother out in the store and also occasionally sitting at the newspaper stand his brother ran. On the morning of March 18, 1874′, ten-year old Katie Curran walked into the dress store and asked Pomeroy if he sold notebooks. On the pretext of having some in the basement he asked her to follow him in and once inside, slit her throat with his pen knife. The body he hastily buried under piles of ash and rubble. Her body was not found until more than a month later when the basement was dug up for renovation. Although in a stage of advance decomposition the body showed signs of mutilation, her head had been decapitated.

Jesse Pomeroy struck again in April 1874 when he accosted and later murdered four-year old Horace Millen. The child was going to the bakers when he was approached by Pomeroy, who walked with him to the bakery, shared his cake and then asked him if he would like to see the harbor. They walked on towards the bay area into the marshland and were observed by a few people along the road. Once in a secluded spot he slashed the younger boys throat with his pen knife and in a murderous rage began stabbing at the body. Horace Millen’s body was discovered by two brothers that afternoon digging for clams near the bay. The coroner’s report cited 18 stab wounds to the chest and mutilation of the face and genital area. It was one of the worst murders Boston had ever seen.

The police, shaken by multiple murders and under severe public pressure, stepped up their efforts to capture the killer. Katie Curran’s disappearance was initially treated as a matter of kidnapping and the detective in charge of the investigation, Captain Henry Dyer, assured her parents that Jesse Pomeroy had nothing to do with the incident. He was of the opinion that the boy was reformed and living straight. All this went out of the window with the murder of Horace Millen, the crime was right up the alley of the boy who had just been released on parole, the one who liked to torture kids, the one with the marble eye. Jesse Harding Pomeroy was arrested and interrogated, his clothes were inspected and the pen knife found. After a few hours of badgering he was shown the body of his last victim, at which point he broke down and confessed his crime.

The trial was well covered in the newspapers of the time and was an extensive one. Pomeroy’s lawyers decided to adopt the legal insanity defense and hoped for a term of imprisonment, while the prosecution hankered for the ultimate punishment. Many witness testimonies were heard and although the defense appointed doctors who tried proving Jesse Pomeroy insane, the prosecution too called in Dr. George .T. Choate who pronounced Pomeroy sane and aware of his crimes. He was sentenced to death by hanging but Governor Gaston was apprehensive about putting a 15-year-old to death and put off signing the warrant. His successor Alexander Price commuted Pomeroy’s sentence to life imprisonment with solitary confinement. Jesse Harding Pomeroy stayed in prison for the rest of his life. He died in Bridgewater prison at the age of 72 in 1932. His prison term lasted almost 58 years, a huge chunk of it in solitary confinement, where, after he was allowed access to reading material, he penned poetry and also wrote an autobiography. He also tried to escape numerous times but was unsuccessful. With time Pomeroy became another anonymous face in the American penal system.

His case was forgotten in the plethora of serial killing that took America by storm in the latter part of the 20th century, but remains unique in ways society today can comprehend. He was a teenager when he committed his most heinous crimes and remained remorseless throughout his life. It harks forward to crimes we have seen in the 21st century, perpetrated by lonely, troubled individuals, and makes us realize that blaming media, video games and heavy metal can only go so far, what we need to understand better is the human psyche and its motivations.