A Guide to the Rich and Deeply Spiritual Traditional Mayan Clothing

Beautiful weaves and vibrant colors, traditional Mayan clothing has been a part of life of the Mayan group from ancient times. They have had a very distinct way of wearing clothes and footwear, which were called huipil for women and overshirt for men.

Beautiful weaves and vibrant colors, traditional Mayan clothing has been a part of life of the Mayan group from ancient times. They have had a very distinct way of wearing clothes and footwear, which were called huipil for women and overshirt for men. 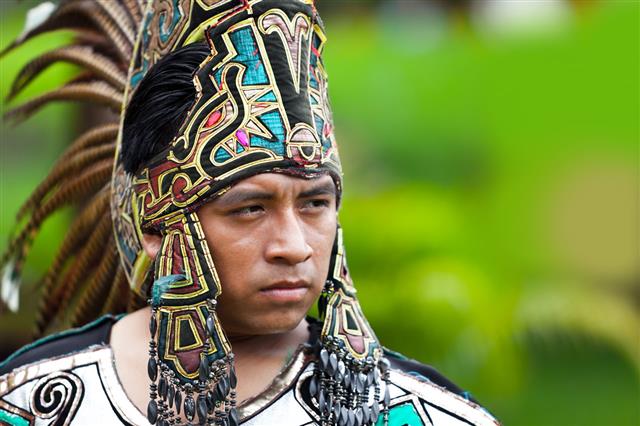 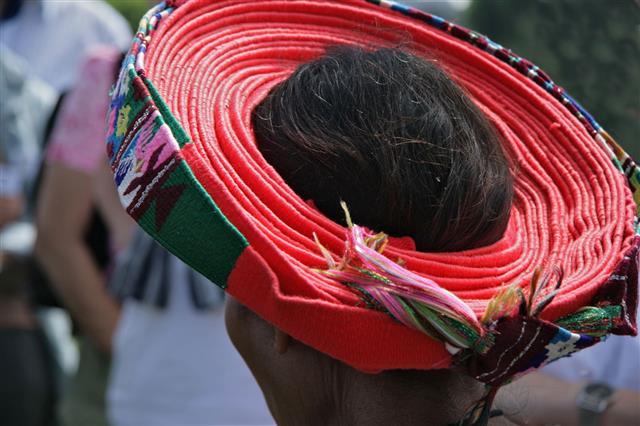 Today, traditional Mayan clothing and textiles are seen in the Maya people of Guatemala, Yucatan Peninsula (Mexico), Belize, and El Salvador. The contemporary Mayan civilizations reside in the rural areas of Guatemala. It has always been the women who have woven the clothing of the group that they belong to. The way a garment is stitched usually symbolizes a particular village or a cultural group.

Thus, even if the way a man’s shirt or a woman’s skirt is cut differs with each community, yet the basic elements of the traditional Mayan clothing remain the same.

The huipil has been a part of Mayan women’s attire since ancient times, and dominates the traditional attire in Guatemala even today. Huipil is a Spanish word for ‘blouse’, and is a loose decorative blouse made of lightweight cotton.

Traditionally, it is weaved following the brocade pattern, and often comprises different colors. The blouse does not have distinguished sleeves. The corte is a skirt woven with treadle-loomed material, and is still worn below the huipil.

The skirt can be woven from one piece of fabric or from various smaller pieces stitched together too. This wraparound skirt is tied to the huipil at the waist with a faja, and together forms a traje. Mayan women often tie a hair ribbon called a cinta to their head, which also has a cultural significance.

Men that belonged to the Mayan group of people wore a breechcloth made of cotton. Today, they wear certain stylized options, which show the Spanish influence. The men also sport palm hats to beat the heat during summer.

They typically wear white or multicolored shirts, and knee or ankle-length pants. The clothes are embellished with animal or human-themed designs. One specific motif of a diamond, representing the sun, is the main design element for the huipils.

A specific ceremonial huipil is specially designed for traditional occasions, and is adorned only by the wives of religious officials. Woolen blankets or an ‘overshirt’ of the traditional wool tunic are also a part of the clothing that men wear.

The tzute is yet another garment that is worn by the men and women as well. These brocaded cloths can be used as scarves or shawls, and do not have a specific usage. Both men and women wear sandals.

Earlier, the sandals were made of animal skin, but now with urban influence, they have been replaced by the ones available in stores. The village do not use bags (bolsa) and belts (cinturón), and only the main parts of the clothing such as pants, shirts and skirts are seen in each community.

For the Mayan people, every garment is considered to be very sacred, and the weaves denote a kind of spirituality. They believe that a garment defines a person, and hence the clothing is given great importance. Therefore, every piece of the attire forms a personal and cultural identity for the Mayans. 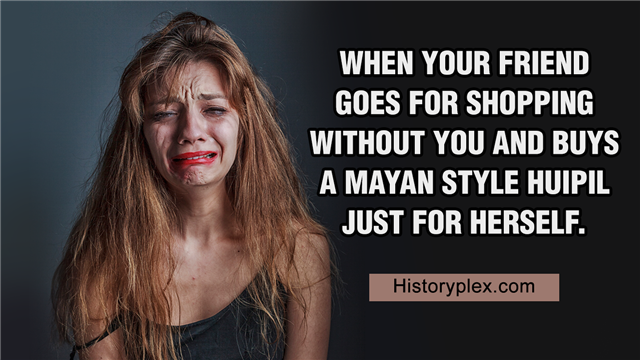