What are the Basic Elements of Culture?

The term 'culture' is rather broad, seeing as it is synonymous with the evolution of life as a whole on this planet. While all living beings do have a culture to speak of, in this Historyplex post, we will be looking at the elements of culture with respect to humans.

Home / Uncategorized / What are the Basic Elements of Culture? 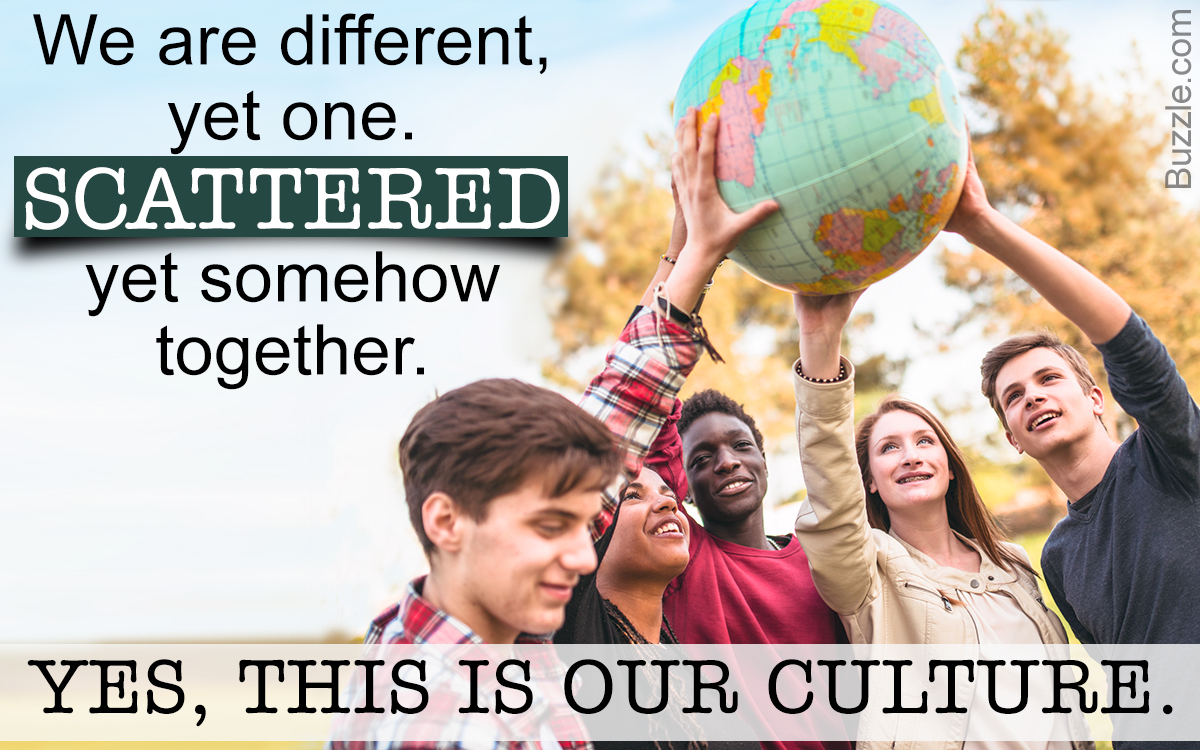 The term ‘culture’ is rather broad, seeing as it is synonymous with the evolution of life as a whole on this planet. While all living beings do have a culture to speak of, in this Historyplex post, we will be looking at the elements of culture with respect to humans.

It’s interesting how the word ‘culture’ is used to partner various concepts over a wide range of subjects. We have youth culture, European culture, ancient culture, new-age culture―it’s as if every aspect of our collective social behavior is classified as ‘culture’.

The Merriam-Webster dictionary defines culture as

With a broad definition such as this, we can’t help but use the term loosely to represent any aspect of our collective behavior. However, to gain a deeper understanding of culture, we ought to acquaint ourselves with the defining elements that make up this concept.

Language, be it spoken, written, or gestured, is the basic means of communication between humans. It would be safe to say that language has evolved along with humans, originating with a combination of basic sounds, calls, and gestures to coherent speech, scripts, accents, and dialects. Rough estimates tell us that between 5000 to 7000 languages exist in our world to day. Its function has long exceeded its basic use of communication. Languages now serve as a means of cultural identity, entertainment, and social status, grooming, and refinement.

In a broad sense, social structure or organization refers to a pattern of relationships between and among individuals and groups. These relationships or groups are created to augment the smooth functioning of society. Examples include nuclear and extended families, brotherhoods and sororities, labor unions, corporate organizations, governments, etc.

Customs and traditions influence and govern each aspect of our behavior. These may be informal or formal in nature, and tend to vary from region to region. Customs develope over a long period of time, taking shape from our beliefs and lifestyles. They also tend to shift, evolve, and disappear as time progresses; but one aspect remains consistent―that these customs and rituals are an integral part of our evolutionary process and social behavior.

Human emotions and ideas have always found the perfect medium of expression in the arts. Arts encompass a wide range of forms, including literature, crafts, architecture, music, dance, dramatics, etc. The arts can be called the most vital aspect of human culture, as it signifies all that we have achieved in the past. It also serves as a useful medium for cultural preservation aimed at future generations.