Who Discovered America? You’ll Be Surprised by the Answer

America, also known as the New World is claimed to have been discovered by many people at many times. However, one can't say for sure who discovered America first.

Home / Uncategorized / Who Discovered America? You’ll Be Surprised by the Answer

America, also known as the New World is claimed to have been discovered by many people at many times. However, one can’t say for sure who discovered America first.

Christopher Columbus commandeered the three ships Nina, Santa Maria and Pinta during his voyage which started off from Palos, Spain on August 3, 1492.

America had often been discovered before Columbus, but it had always been hushed up. The above line by famous Irish novelist, Oscar Wilde makes an important point about discovery of America. The claims about discoveries hold less significance in today’s world where, even scientific theories of Darwin are being challenged. Questions like who discovered what might be important, only from the point of maintaining records. However, the facts and records available to us are likened to links of broken chains, used for reaching a consensus on discoveries.

It is a commonly held belief that Christopher Columbus discovered America. This fact however, can neither be ruled out nor accepted blindly. In October, 1492, Columbus reached the shores of America when he was in search of India. There are few historians who believe that it was not America’s mainland that Columbus reached in 1492. The place was actually an island of Bahamas. Columbus returned to Spain after this voyage.

Later on in 1497, Amerigo Vespucci, another Italian explorer claimed to have discovered America. Martin Waldseemuller was the first to name this huge land mass as America. However, one cannot say for sure that Columbus and Amerigo Vespucci were the first to discover this huge continent. The Chinese claim that they discovered America long before the voyages undertaken by Europeans sailors.

So who really discovered America? Let us find more on the topic through details about voyages taken by people other than Columbus and Amerigo Vespucci.

Discovery of America before Christopher Columbus

Many people had reached the continent of America before Columbus. People from Asia reached America thousands of years before Columbus and became its inhabitants.

Norse expeditions to America had begun long before 1492 AD i.e. in 986 AD. These expeditions were initiated by Bjarni Herjolfsson. It is speculated that Herjolfsson started off from Iceland and headed towards Greenland. He lost his way in a storm, after which his ship drifted southwards. Herjolfsson accidentally came across a shore with low-lying hills covered in vegetation. However, he was more interested in finding his way back to Greenland than exploring this place.

Leif Ericsson who had read Bjarni Herjolfsson’s official report of the voyage decided to find the New World. Ericsson is said to have reached what is today’s L’Anse aux Meadows in Newfoundland, Canada with his crew of 35.

In 1963, remains of a viking-type settlement were found by archaeologists in Canada. These remains are believed to be 1000 years old. This provides a strong evidence in support of claims that America was found by Norse explorers before Columbus.

Most expeditions prior to the times of Christopher Columbus were not documented properly. The absence of any runic inscriptions in North America raises doubts about claims of Norse explorers. However, it is said that these explorers merely recounted their voyages and were not used to documenting them.

As per some records, Chinese Admiral Zheng was the first to discover America. However, these claims are not taken into consideration because none of Admiral Zheng’s voyages went beyond the Indian Ocean.

The records of Asian explorers reaching the shores of North America in 499 BC have been found in documents dated 629 AD. A Buddhist monk from China named Hai-Shen is said to have reached North America. Hai-Shen reached a fabled land of Fu-Sang upon traveling to the east. Interestingly, the land of Fu-Sang described by Hai-Shen greatly resembles North America. Although not a concrete evidence, these records are an opportunity for exploration for historians who are looking for the true discoverer.

There are few other discoveries which support the claim that Asians reached America before Columbus. For example, Japanese swords were found in Alaska and Chinese coins were recovered from British Columbia.

John Cabot (c. 1450-1499), the Italian born Giovanni Caboto, is one of the earliest explorers to have reached the shores of America. Although he was an Italian and lived in Venice till 1488, Cabot left for England in search of opportunities to become an explorer. It is said that he was inspired by voyages undertaken by Bartholomew Diaz.

In May, 1497 John Cabot and his crew, under the commission of England’s King Henry VII, left Bristol with a ship called Matthew. He is said to have reached North America on 24th June, 1497 and returned to Bristol on 6th August, 1497.

The details of the second voyage undertaken by Cabot in May, 1498 remain shrouded in mystery. This is because there is difference of opinion among historians on how John Cabot’s second voyage ended. Cabot started off from Bristol with 5 ships and a crew of 300. One of the 5 ships was diverted to Ireland because of some problems in its functioning. There is no clarity on what happened in the later part of the voyage.

• In those days, sailors were not able to take their ships into deeper seas because of lack of proper navigation tools. Developments in the field of navigation tools proved to be of great use in undertaking long trips into oceans. The Astrolabe was one such tool which helped in finding the sun’s altitude and the ship’s distance from the equator. These developments encouraged sailors to go for longer voyages that could not be undertaken earlier.

• Columbus reached what he believed the New World (actually the island of San Salvador) on October 12, 1492. However, discovery of this island was only the first step in the process of finding the New World.

• If we set the question of discovery of America aside for sometime, it can be said that Columbus took the world into a new age of colonialism. His discovery encouraged many people to take voyages to the Americas.

• The events of Columbus and Amerigo Vespucci reaching this new continent offered traders with many opportunities which in turn brought economic prosperity to Europe. The resources and vast land mass of America remained unexplored till that time; therefore, the discovery by Columbus marked the beginning of a new era.

• The New World, as America is often referred to, was inhabited by Red Indians before the arrival of European settlers. Eventually, Europeans took over the land and started their own rule.

If we go by commonly accepted beliefs, Christopher Columbus can be credited for the discovery of America. Earlier, one had to rely on certain, specific sources of information about discoveries. However, interaction between different cultures and societies of the world have led to the discovery of many hidden truths and facts that were just hushed up till date. Therefore, the question who discovered America first, might raise a few more questions that might require us to uncover facts and truths which remain buried under thick layers of time. 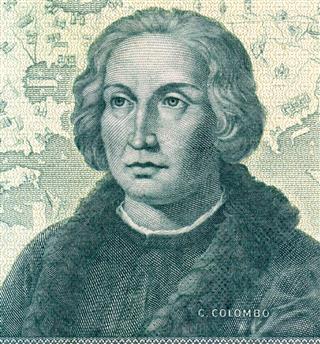 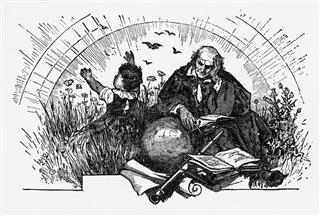 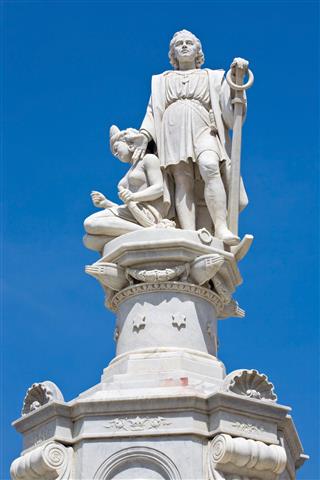 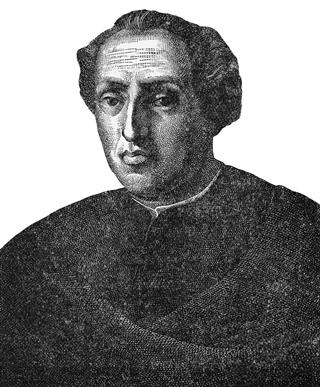