Who Wrote "The Star-Spangled Banner"?

Did you know that "The Star-Spangled Banner" was written by a lawyer? Read on to know more about the lyricist, and how and why he wrote it.

Did you know that "The Star-Spangled Banner" was written by a lawyer? Read on to know more about the lyricist, and how and why he wrote it. 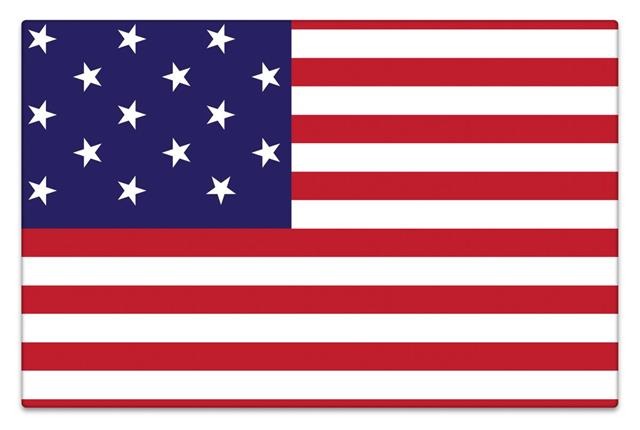 The national anthem of the United States of America, proudly sung by every American, is “The Star-Spangled Banner”. Here’s a bit regarding the history behind the song.

Who Wrote it and When?
The inspiration to pen down this patriotic song, lies deep in the American history. During the War of 1812, the Capitol and the White House in Washington was burned down by the British. They were also determined on taking up the port of Baltimore. On September 3, 1814, Colonel John Skinner and Francis Scott Key, a lawyer and part-time poet, went aboard the British ship HMS Minden to negotiate the prisoner-exchange mission that was approved by President James Madison. They wanted to negotiate the freedom of Dr. William Beanes, a friend of Key. Initially, the British agreed to release Beanes, but later on, detained even the two negotiators, as they had heard too much about the forthcoming attacks on Baltimore. They were held captive on HMS Surprise, and then back on HMS Minden.

The Fall of the British and the Rise of the American Sun
On 12th September, 1814, the British gunboats attempted to pass the port, however, the last line of the city’s defense at Fort Covington, stopped their plans to slip past. The rainy night was lashed by heavy bombardment. No one could make out in the stormy night, as to which party held the upper hand. Gradually, in the dead of the night, shelling stopped on the British deck. During the bombardment, from about 3 miles away from the shore, the three captive men, Skinner, Key, and Beanes could see a 42 feet long banner, with 8 red stripes, 7 white stripes, and 15 white stars, flying away to glory on the star-shaped fort.

As the night sky cleared and the storm subsided in the morning, Key peeped through to see if the American banner was still fluttering in the air. And, the view he saw made him hopeful―the flag was still flying. This prompted him to quickly scribble the first few lines of his poem, which he named, Defense of Fort McHenry. The lines he scribbled were:

O, say can you see, by the dawn’s early light,
What so proudly we hail’d at the twilight’s last gleaming

The flag was covered in mist, and this led to a doubt in his mind that he wished wasn’t true―was the flag that was flying away at a distance, a British flag? He went to pen the next few lines:

What is that which the breeze o’er the towering steep,
As it fitfully blows, half conceals, half discloses?

As the mist cleared, the rising sun got his spirits up. He now knew that what he feared, wasn’t true. What he had seen in the mist was, in fact, the American pride, the national flag. And, he went on to write:

‘Tis the star-spangled banner―O long may it wave
O’er the land of the free and the home of the brave.

Completion of the Prized Poem
Soon, the trio was taken back to ashore by the British, on 16th September. Key completed the rest of the four verses of his poem in his room at the Indian Queen Hotel. The next day, he took over his poem ‘Defense of Fort Mc’Henry’ to the local judge, Joseph H. Nicholson, who happened to be his brother-in-law. Nicholson thought that the words fitted the popular melody of the ‘The Anacreontic Song’, composed by John Stafford Smith. He even went over to the local printer in Baltimore, and anonymously printed broadside copies of the poem. Only two of the original printed copies survive today.

The poem was promptly picked up by the Baltimore Patriot and the The American, two newspapers who printed the song with a note, mentioning that the tune was ‘Anacreon in Heaven‘. Seventeen other newspapers, from Georgia to New Hampshire, also picked up the poem and printed it in their daily publications. The Carr Music Store in Baltimore went on to publish the words and music under the title, “The Star-Spangled Banner”.

The popularity of the song rose to new heights, and it was publicly performed for the first time by a Baltimore actor, Ferdinand Durang, at Captain McCauley’s tavern. By the 19th century, all major bands had played it at public events, like the 4th of July celebrations. The Secretary of Navy, Benjamin F. Tarcy, went on to sign the General Order # 374, which officially made “The Star-Spangled Banner”, the official tune to be played at the raising of the flag. With the order passed by President Woodrow Wilson, the song was played at all military occasions. Soon, during the 1918 World Series, it was also played at a baseball game. Nowadays, it is played at all MLS, NBA, NFL, MLB, and NHL games whenever, there is at least one American team playing.

Believe It or Not
Robert Ripley drew a panel in his popular cartoon, ‘Ripley’s Believe it or Not!’ that stated, “America has no national anthem”, on 3rd November, 1929. Then in 1931, John Philip Sousa wrote that it was Key’s ‘soul-stirring’ words that inspired the people. Thus, on 3rd March 1931, President Herbert Hoover, officially adopted “The Star-Spangled Banner” as the national anthem of the United States of America.

Lyrics of The Star Spangled Banner
Oh, say, can you see, by the dawn’s early light,
What so proudly we hail’d at the twilight’s last gleaming?
Whose broad stripes and bright stars, thro’ the perilous fight,
O’er the ramparts we watch’d, were so gallantly streaming?
And the rockets’ red glare, the bombs bursting in air,
Gave proof thro’ the night that our flag was still there.
O say, does that star-spangled banner yet wave
O’er the land of the free and the home of the brave?

On the shore dimly seen thro’ the mists of the deep,
Where the foe’s haughty host in dread silence reposes,
What is that which the breeze, o’er the towering steep,
As it fitfully blows, half conceals, half discloses?
Now it catches the gleam of the morning’s first beam,
In full glory reflected, now shines on the stream:
‘Tis the star-spangled banner: O, long may it wave
O’er the land of the free and the home of the brave!

And where is that band who so vauntingly swore
That the havoc of war and the battle’s confusion
A home and a country should leave us no more?
Their blood has wash’d out their foul footsteps’ pollution.
No refuge could save the hireling and slave
From the terror of flight or the gloom of the grave:
And the star-spangled banner in triumph doth wave
O’er the land of the free and the home of the brave.

O, thus be it ever when freemen shall stand,
Between their lov’d homes and the war’s desolation;
Blest with vict’ry and peace, may the heav’n-rescued land
Praise the Pow’r that hath made and preserv’d us as a nation!
Then conquer we must, when our cause is just,
And this be our motto: “In God is our trust”
And the star-spangled banner in triumph shall wave
O’er the land of the free and the home of the brave!

The war led to the rise of a nation that today, is one of the biggest powers of the world. The two nations have come closer since then, and have built strong relations.

Key lived until 1843, when died of pleurisy. Today, the American flag proudly flutters at his grave at Fort McHenry. The flag that had inspired Francis Key to pen the inspiring words, still survives in an old and tattered condition at the National Museum of American History, Smithsonian Institute, Washington D.C.