A Detailed Timeline of the Women’s Rights Movement

In 1920, women in USA used their suffrage rights for the first time. Retrace the timeline of the women's rights movement by reading this article.

Home / Uncategorized / A Detailed Timeline of the Women’s Rights Movement 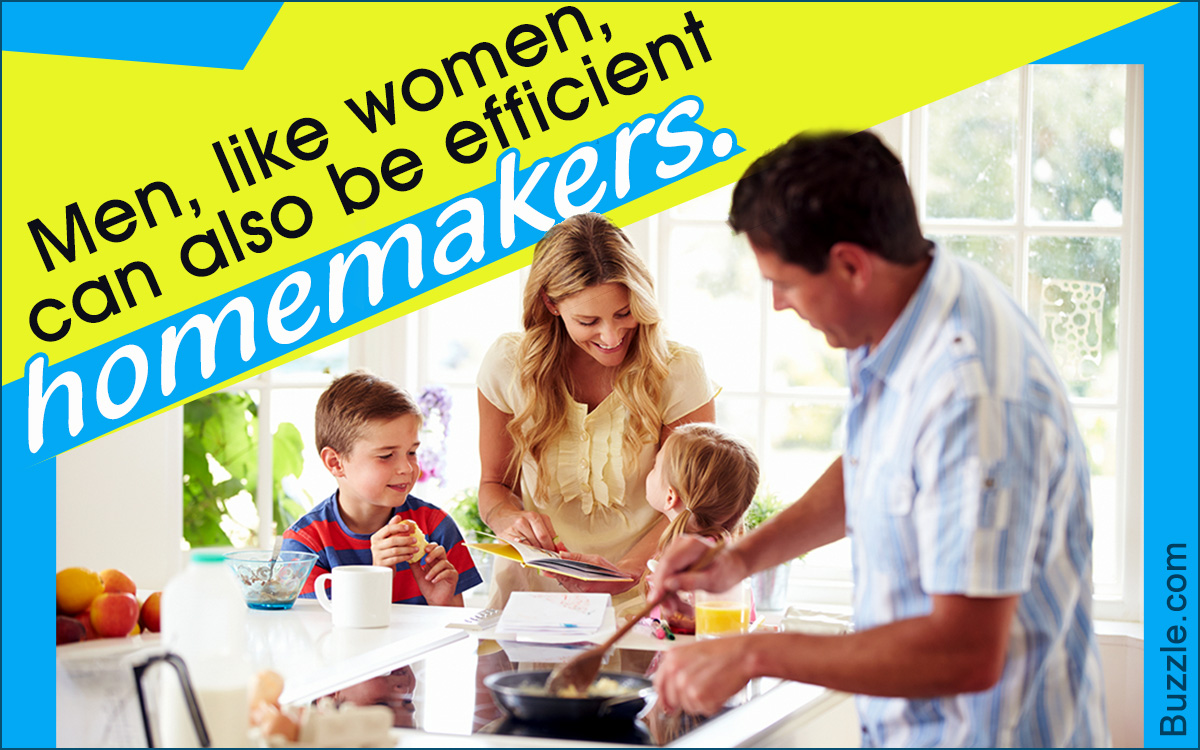 In 1920, women in USA used their suffrage rights for the first time. Retrace the timeline of the women’s rights movement by reading this article.

Freedom or liberation is taken for granted so much by us that we fail to recall the years of struggle faced by countless people for the basic right of voting or standing in the same room as others. When apartheid, gender discrimination, colonization and many such atrocities began to plague the society, a revolution for a wonderful thing called Freedom became the need of hour.

A calling for freedom has always been followed by people, and women too did not ever stay behind to claim what was rightly theirs. Thus, the birth of women’s rights movement embarked a phenomenon in the world, namely women standing shoulder to shoulder with men. For attaining this basic right, innumerable unnamed women witnessed struggles, conflicts and bloodshed in the course of history. The status of women in the present times is not because of natural progression or the open-mindedness of men. It is the result of the slow and painful fight on the part of women across the world. It is because of the convenience of society as it needed contribution from the female gender to move the economy forward.

Women’s suffrage struggle paved the way for a reform in the political and constitutional set up in many countries. Even though New Zealand holds the credit for being the first country to give women the right to vote in 1893, it was not until 1919 that women of New Zealand were permitted to run for the state legislature. However, origins of women’s rights movement in America can be traced back to the abolitionist (anti-slavery) movement of 18th century. This was the time when a considerable number of women stood up against the notion of “superiority of white male” and vehemently protested against “inferiority of blacks and/or females”. With women actively participating in the anti-slavery movement, a few men felt that the sanctity of civilized society was being threatened and excluded women from joining the anti-slavery convention in London in 1840. But this only spawned women’s agitation for the right to vote.

In 1848, a convention was held in Seneca Falls, New York to deliberate on women’s issues in the country, mostly “social, civil, religious conditions and rights of women”. The forerunners in the agitation were Elizabeth Cady Stanton (recently married to an anti-slavery activist), Lucretia Mott (belonging to the Quaker sect), Martha C. Wright (Mott’s sister), and many others like Mary Ann McClintock, Jane Hunt etc. Stanton drew a “Declaration of Sentiments” basing it on Declaration of Independence, which claimed that “all men and women are created equal” and also highlighted 18 “injuries and usurpations on the part of man towards woman”. Although Seneca Falls convention was successful with majority of women and men voting for women’s suffrage, it had to face the brunt of the press and conventional leaders. A renowned journalist scorned off this movement, by penning down words like “A discussion of the rights of animals would be regarded with far more complacency by many of what are called the wise and the good of our land, than would be a discussion of the rights of women”… This, of course, did not deter the women from fighting for their rights and women’s rights movement continued, leading to the formation of National American Women Suffrage Association (NAWSA). The goal of this organization was to bring changes in the American Constitution so that the American women get the right to vote, to own property, to make legal contracts, to attend college, to divorce an abusing husband, to earn a living and so forth.

It was the newly made state of Wyoming which accorded full suffrage rights to women in 1869. On its footsteps, the state of Colorado, Utah and Idaho followed and enfranchised women in the 1890s. A painfully slow progression was adopted by different states in granting voting rights to women. However, it was the year 1920 when the 19th Amendment of the US Constitution came into effect which ratified suffrage rights of women. Even though the political activism of women played a vital role in this amendment, the war and women’s role in it acted as a catalyst for the women’s rights in America. During the World War I, when men left everything behind to fight for their country, women had to step out of their homes to provide for their family and mainly, make their contribution to the society. As the situation at home became bad to worse during the times of World War I, the Great Depression and World War II, more and more women were compelled to seek employment and thus, the label of “weaker sex” slowly began to fade away.

Better known as the feminist or liberation movement, the second wave of the movement began in 1960s and continued through the 70s until it died down in 1980s. In the wake of devastating second world war, there were surprisingly some positive effects like, the economical boom, suburban growth, capitalist triumphs, etc. All this fueled the need for believing in the nuclear family trends in people where the role of the patriarch dominates the scene. The mainstream media including the movies, television, print along with the social consensus began to reflect this kind of subjugation of women to males. Nevertheless, women across the country did not take this lying down. Thus, began the movement of 1960s’ which was targeted to achieve women’s civil liberty rights, eradication of gender discrimination at workplace and in education centers, eliminating discrimination in wages, sexual revolution, reproductive rights and subsequently, amending the laws pertaining to these goals.

The average pay of women in these times were 60 percent less than their male counterparts. This was the major issue which prompted Betty Friedan in articulating her views about emancipation of women in her book The Feminine Mystique. She was later on dubbed as the mother of second wave women’s rights movement. As sex came out of closet and reigned over the mainstream, sexual revolution surged too, in order to release women from the shackles of false modesty. The birth control pill (also known as “The Pill”) became popular among married and unmarried women in this baby boomer era. It brought up many questions regarding the reproductive rights of women, mainly illegitimacy of abortion.

In 1963, a civil rights bill was introduced by John F. Kennedy in the legislative assembly, proclaiming “all Americans the right to be served in facilities which are open to the public – hotels, restaurants, theaters, retail stores, and similar establishments” and this in turn led to passing of the landmark Civil Rights Act of 1964, reforming the earlier decadent laws related to gender or racial segregation at public establishments and at workplaces. In the year 1966, National Organization for Women (NOW) was formed by 28 working women including Betty Frieden for the purpose of encouraging women to actively participate in the mainstream instead of being limited to domesticity. Over the years, NOW worked hard to redefine male viewpoint of women and met with unprecedented success as its members grew from 28 to 15,000 in mere four years of time.

Feminism is often wrongly associated with radicalism. This misconception was born in 1968 when a group of women from New York Radical Women protested against Miss America pageant in Atlantic City, New York calling it racist and subjecting to “ludicrous beauty standards”. They demonstrated their discontent by throwing dish detergent, false eyelashes, high heels, wigs, curlers, Ladies Home Journal copies along with copies of Playboy, into a trash can. Though it was a tough time for the country as it was still reeling from the assassination of Martin Luther King and Robert Kennedy, Vietnam War, and anti-war demonstrations, this act labeled as Freedom Trash Can (culprit behind the bra burning myth) brought the movement back to the forefront. Over the years, the 20th century women exerted control over their lives by taking birth control pills, going for higher studies, challenging status quo and puncturing the male ego in every facets of life.

Contrary to the belief that all women were treated as second class citizens in the ancient times, there were a few societies in history where women were not considered lesser than men. In ancient Indian civilization, status of women was on par with the male counterparts. However during 500 B.C., there was a sharp decline in this position following the invasion of Moguls and colonialist countries. Even in Ancient Egypt, women seemed to have enjoyed same legal and economical rights which men had (at least in theory). Although ancient Egypt was hardly an egalitarian society where equal rights are accorded to all irrespective of class, gender or status, age, etc. women still were allowed to inherit or own property, sign contracts, marry and divorce according to their will, appear in court as a witness, and were subjected to the responsibilities associated with such rights. But somehow the condition of women across continents waned down the road, and led women on the struggle to break free.

In the annals of American history, many such names are forgotten or lost, but their contribution in the women’s rights movement is felt everyday by indefinite number of women when they step of their four walls with their heads held high. From invading boy’s clubs, to needling male chauvinistic ego bubbles, women across the world have done it all. However, there is a vast section of women living in impoverished conditions in underdeveloped countries with minimal rights and excessive duties. It’s time to awaken them, now. Period.