A public education is a tremendous gift. Anyone who grew up in a society that values providing its children with an education should count themselves lucky.

That said, schools and teachers aren’t perfect. This is particularly true in American history classes. For many reasons, from outdated textbooks to plain misinformation, many high school American history teachers share falsehoods with their students.

The following are some of the more noteworthy. You may need to revisit these subjects if you fell prey to any of these American history myths.

Myth: America is a pure democracy

Many common American history myths are essentially oversimplifications. Teachers are trying to explain complex topics to students, and end up skipping over key details to ensure their lessons are easier to digest.

Consider this example. Most American students will learn that the United States is a democracy. However, this isn’t exactly the case. Instead, it is a republic that mixes several different forms of government. Rather than be bound to one philosophy of governing, the Founding Fathers (at least some of them) believed it was smarter to combine the strongest elements of various philosophies and approaches.

Again, there are several reasons certain myths about American history persist. A common one is the fact that people often assume previous generations somehow lacked the critical thinking skills of today’s average person. Thus, many believe people in the past were more likely to panic when frightened.

This is a key reason many people mistakenly believe that Orson Welles caused a mass panic during his infamous War of the Worlds radio broadcast. However, the truth is far more mundane. Because Welles modeled the radio play’s format on a news broadcast, a few listeners who tuned in late did call the CBS offices in confusion, but the idea that everyone assumed the world was ending has been debunked.

By the time they reach high school, most American students understand that Christopher Columbus didn’t technically discover the part of the Americas that is now the U.S. That said, many still assume he discovered the Americas in general.

This myth is worth including on the list primarily because it illustrates how some stories persist, despite the truth of the matter being entirely different.

According to a popular misconception, on the day of the 1929 stock market crash, distraught Wall Street bankers and investors jumped from their windows after losing their fortunes. Not only did this not happen, but in fact, the suicide rate declined for a time after the crash.

None of this is to suggest you shouldn’t trust anything you learned in high school. Again, a public school education is a major benefit. You simply need to remember that every now and then, an inaccuracy slips through the cracks. These American history myths prove it. 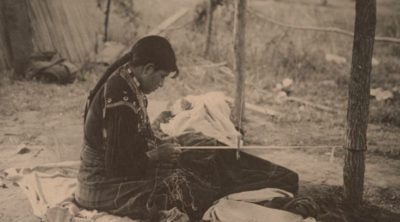 Comanche History: The Tradition of Fighting