Bangladesh is a small country in South Asia, but with some great cuisine and a rich culture. This Historyplex article has put forth a brief introduction to Bangladeshi food and culture.

Bangladesh is a small country in South Asia, but with some great cuisine and a rich culture. This Historyplex article has put forth a brief introduction to Bangladeshi food and culture.

The culinary and cultural traditions of Bangladesh have close relations with that of the neighboring Bengal and northeast India, with some unique traits of their own. Rice and fish are traditional favorites with vegetables and lentils also forming a part of their staple diet. The river Brahmaputra, which meets the Bay of Bengal in Bangladesh, has a large influence on the culture and cuisine of this small nation. The culture of this country has been shaped by many renowned poets, writers, saints, filmmakers, musicians, and thinkers.

Some food items are popular across entire Bangladesh, while some are regional favorites. In Rajshahi and Rangpur areas, the use of freshwater fish is huge. This region is also famous for its sweets. The town of Comilla is famous for its food culture, most notably the Tehari or Biryani, a rice-based dish. Saltwater fish are commonly found in Barisal and Khulna regions, which are also famous for their heavy use of the spice Piper chaba.
The staples of Bangladeshi cuisine are rice and, to a lesser extent, roti (whole wheat flatbread). These are generally consumed with vegetable, poultry, beef, fish, goat, and mutton curries. Ducks, koel, and pigeons are also eaten in the rural areas. This country also has to offer a host of vegetables, such as a variety of gourds, roots and tubers, leafy green vegetables, succulent stalks, citrons and limes, green and purple eggplants, okra, red onions, banana tree stems and flowers, etc.

Mustard and vegetable oils are primarily used for cooking in Bangladesh, along with sunflower oil. Depending on the type of food, ghee is also sometimes used to enhance the flavor. The food can range from sweet to mild or extremely spicy, and it resembles the cuisine of Northern India and Pakistan. It also has some similarity with the northeast Indian cuisine, most notably in the way fish is cooked. The most common types of fish eaten in Bangladesh are rui, rohu, katla, magur, hilsa, and chingri. The most relished item in this country is the platter of panta ilish, which is a dish made with rice and curried hilsa fish.

The main course comprises rice and flatbreads, like luchi, porota, naan, roti, etc. Curried dishes of chicken, fish, beef, mutton, or daal (lentil soup) are prepared as accompaniments. Certain specialties are gosht bhuna and machher jhol. Biryani, which is a rich rice-based dish, is also served on special occasions as the main course.

Bangladeshi cuisine also has a rich tradition of sweets. Mishti doi, or baked yogurt that is sweetened with charred sugar, is eaten between main course and desserts. The most common sweets and desserts are roshogolla, sandesh, rosh malai, phirni, and malapua. These are typically made during festivals and other special occasions, like weddings. Pitha is also a special Bangladeshi sweet made from rice flour and sugar. They are either pan-fried or boiled.

Bangladeshi culture is similar in many ways to that of neighboring Bengal. This similarity is most prominent in its language, music, literature, and dance forms. Over the centuries, the culture of nation has been influenced by Hinduism, Jainism, Islam, Buddhism, and Christianity. This is also a land rich in folklore, philosophy, and festivals.

Bengali is the national language of Bangladesh, with over 98% of the population speaking it as their native language. English is also widely spoken by the middle and upper class people, with the legal system and education also making a heavy use of it. The constitution and all the laws of this country are written both in Bengali and English. Some citizens also speak indigenous minority languages, such as Tanchangya, Kurux, Sylheti, Rajbanshi, and Oraon Sadri. There is also a huge population, especially in northern Bangladesh, that speaks Assamese, the official language of the neighboring Indian state of Assam.

Islam is the largest religion of Bangladesh, with almost 90% population being Muslim. It has the fourth largest Muslim population in the world after Indonesia, Pakistan, and India. It was a Muslim country until 1972, when secularism was added in its constitution following its independence from Pakistan. Hindus make up for about 8% of the population, with Buddhists and Christians making up for about 1% each. The rest of the population is made up of other minority religions. This country also has some people who follow Sufism, as Islam was brought to the country by Sufi saints. Sufi influence in the region goes back centuries, and it can be prominently seen in the musical traditions of this nation.

Bangladesh is home to classical as well as folk dance forms and music. Classical music is closely related to the Hindustani style, while the dance draws influences from other classical dance forms of the Indian subcontinent, especially Bharatnatyam, Kuchipudi, and Manipuri. This nation also has a rich tradition of folk songs, with the lyrics containing elements of mysticism, spirituality, and devotion.

Folk music also has a recurring theme of love. The Sufi influence on the music of Bangladesh mentioned above can be most prominently seen in Baul, which is a type of folk music. Rabindra sangeet, the songs written and composed by Nobel laureate Rabindranath Tagore, is also an integral part of the culture of Bangladesh.

The national anthem of this country is the first 10 lines of a poem written by Tagore in 1905 following the division of Bengal by the British Raj. This country has also given birth to the great Bollywood music composer and singer Sachin Dev Burman, lovingly known as Burman da, who belonged to the royal family of Comilla. Another native of this small city is the great Sarod player Ustad Ali Akbar Khan, who was born there, but went on to live in Maihar, a small city in central India.

Bangladesh is also one of the biggest centers of art and crafts in the Indian subcontinent. The nakshi kantha, which is an embroidered quilt, first originated in this country. Handicrafts like pottery works, jute works, metalware, textile, etc., are some of the industries that are flourishing in Bangladesh.

Festivals and celebrations are an integral part of the culture of Bangladesh. Pohela Boishakh, Eid al-Fitr, and Durga Puja are the most widely celebrated festivals, along with the Independence Day and the Language Movement Day.

Eid al-Fitr is the most important festival for the majority of Muslims and has become an integral part of the culture of this nation. Eid prayers are held all over the country on this day, either out in the open or inside mosques. People visit their relatives on this day and celebrate with them with a grand feast. Different types of games, like kabaddi and boat racing, are also held on Eid al-Fitr in the rural areas.

Pohela Boishakh is the first day of the Bengali calendar and is usually celebrated around April 14. It marks the beginning of the harvest season and is celebrated with great enthusiasm all across Bangladesh. People spend their time on this day visiting their relatives, friends, and neighbors. Great fairs are organized in villages and towns, where various agricultural products, handicrafts, toys, sweets and food products, etc., are sold. The fairs also provide entertainment with cockfights, bullfights, bull races, horse races, etc.

Durga Puja is also a festival celebrated widely in Bangladesh. It marks the victory of Goddess Durga over the evil demon Mahishasura. As such, it is celebrated for the victory of good over evil. This festival spans over a period of nine days and is the biggest socio-cultural event for the Hindu community. The celebrations span across the country with puja mandaps set up in villages, towns, and cities. The aarti, or the prayers, offered during this festival is a spectacular event. The festival ends with great processions of Goddess Durga’s statues held all over the country.

Bangladeshi people have a unique attire that is meant to keep them cool in the hot and humid weather of this country.

The men wear kurta during festive occasions, like festivals or weddings. Lungi is worn as casual wear, while the formal attire is the same as in western cultures, i.e., shirt and trousers. The lungi is not considered proper to be worn outside the house, except by the farmers and men from low-income families.

Bangladeshi women mostly wear a saree or salwar kameez as both formal and casual attire, while the younger generations have also adopted the western style of jeans and t-shirts. The sarees come in different varieties, such as silk, georgette, cotton, or designer sarees. Hand-woven silk sarees are a specialty of this country.

Social customs like birth of a child, naming ceremony, etc., have their own distinct feel, and different religious groups have their own way of marking these traditions. However, to know the true essence of Bangladesh, you have to actually go there and experience it. 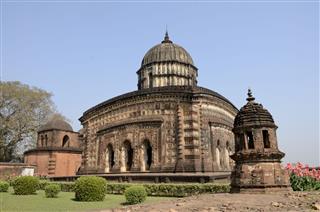 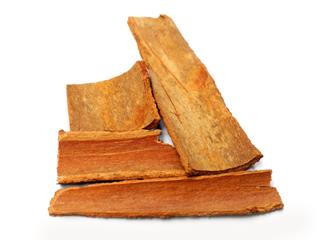 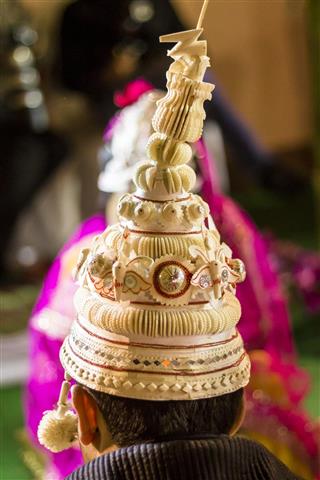 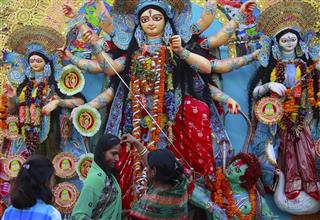 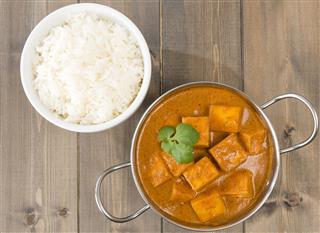 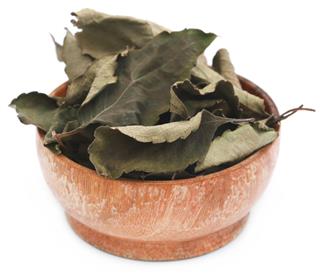 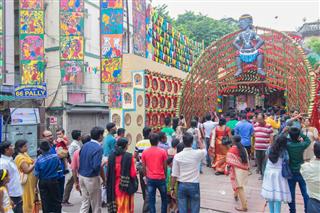 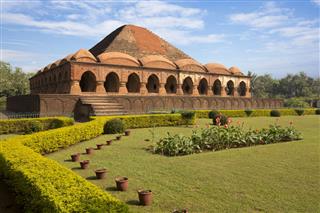 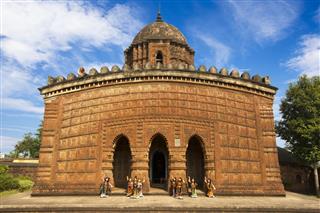 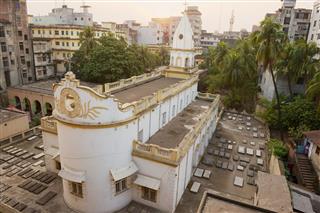 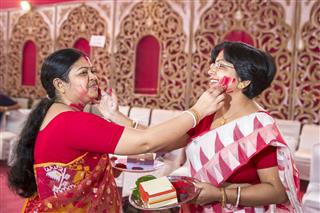 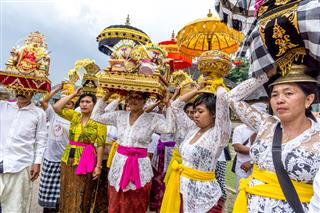