What is the History of the French Flag? What Do its Colors Mean?

The history of the French flag originates from the Middle Ages. The following passages give more information on the same.

Home / Uncategorized / What is the History of the French Flag? What Do its Colors Mean?

The history of the French flag originates from the Middle Ages. The following passages give more information on the same.

A humble cloth when flown from a pole, commands respect and attention. Earlier used as a tool to signal, now represents nations, organizations, etc. The national flag with its various emblems, designs, and colors represents national pride and ethos. The French flag is no different.

The French national flag is called, ‘The Tricolor’, and in French Le drapeau tricolore. It has three vertical bands, colored blue on hoist side, white in the center, and finally red. For its various departments in Southern Africa it is called, ‘The Reunion’s Flag.’

During this period, the flag of Saint-Denis was used. It was red in color and had 2, 3, or 5 spikes stitched on it. It was given by the Pope to Charlemagne, and became the royal banner under which a war was waged in the 9th century. The fleur-de-lis or lily, the traditional emblem of France, first appeared on the flag along with the royal coat of arms, a blue shield with three golden fleurs-de-lis, during the 12th century. After the Bourbons came to power, they added their dynastic color white as the background.

The tricolor was created in July 1789, during the French Revolution, from a rosette by Marquis de Lafayette. The combination of red and blue (colors of Paris) and the royal color white was used, symbolizing the return of the King and become the cockade for the revolution. The striped colors were first used on navy flags in 1790 and on every French armament by 1794. The law of 27 pluviôse, Year II (February 15, 1794), established the ‘tricolor’ as the national flag. A part of the decree in translation read, “The national flag shall be formed of the three national colors, set in three equal bands, vertically arranged so that the blue is nearest to the staff, the white in the middle, and the red flying.”

In 1804, Napoleon standardized the flag to a white field chape-chausse of red and blue, and again changed the look close to the modern-day flag in 1812. It was in 1804 that religious rituals for the flag were adopted. Napoleon’s defeat by the Bourbon monarchy replaced the tricolor with the royal white standard with fleur-de-lis. During the revolution of 1830, Louis-Philippe restored the tricolor as the national flag, which the Vichy regime continued to use. Since then, no changes were made to its colors and patterns. However, the Free French Forces under Charles De Gaulle added a red Cross of Lorraine to distinguish themselves. The national flag of France (current design) is a tricolor with three vertical bands colored blue, white, and red.

Symbolic Value of the Colors

Flag of France: Changes in Design 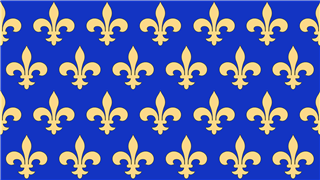 Kingdom of France (used from the 12th to 13th century) 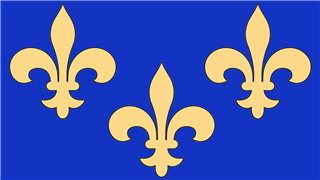 Kingdom of France (used from 14th to 16th century) 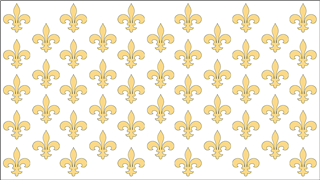 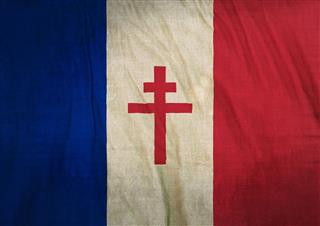 Used by the free French forces during WWII 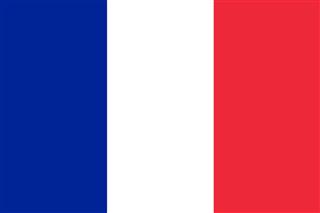 The current French flag was brought back only after the July revolution. It has been in use till date.

The constitutions of 1946 and 1958 (article 2) instituted the “blue, white, and red” flag as the national emblem of the Republic. The shape and ratio of the flag is 2:3, that is the length is 1½ times the height. The French flag is hoisted atop all the government and historical monuments upholding its tradition and pride in its history.