A Brief History and Timeline of Venice – The Floating City

Everyone is aware of the beauty of Venice. But very few know its history and memorable events that molded the city to what it is today.

Everyone is aware of the beauty of Venice. But very few know its history and memorable events that molded the city to what it is today. 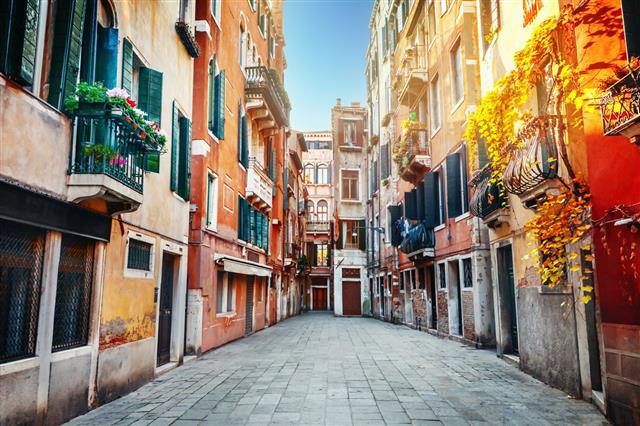 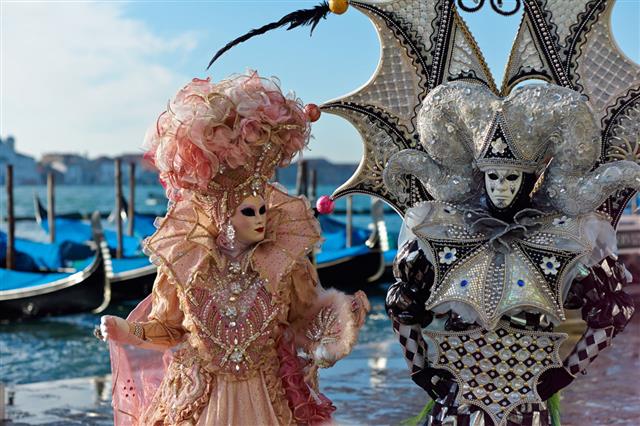 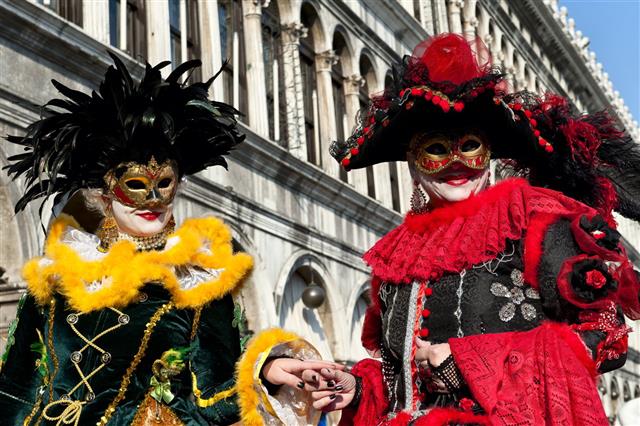 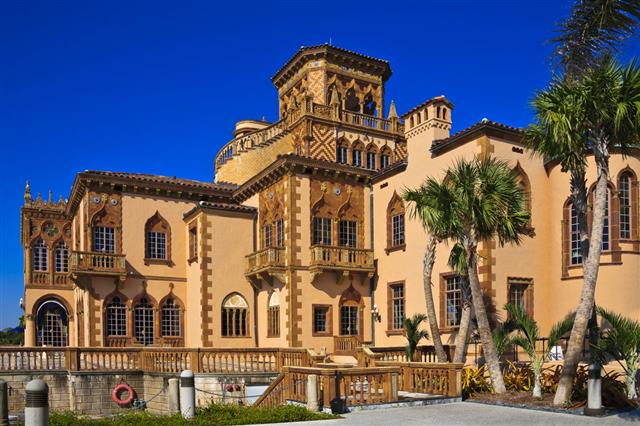 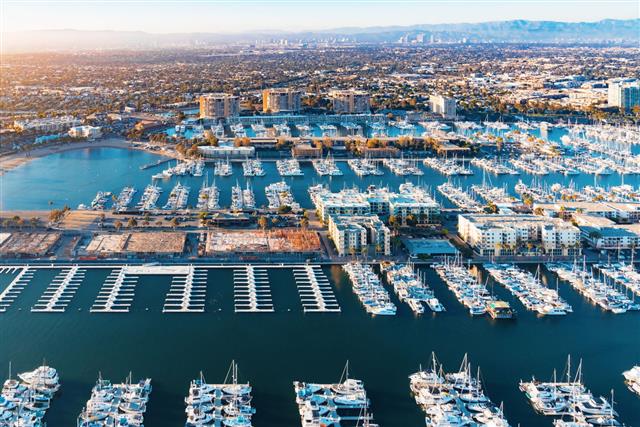 Venice has around 7000 chimneys in 10 distinct styles and shapes, and approximately 170 bell towers, of which San Marco is the tallest.

Venice lies on the north-east coast of Italy, and is the capital of Veneto. Its old architecture and the fact that it is quite literally floating, makes it the mecca for travelers. The entire city consists of almost 115 – 118 islands that make it magnanimous and breathtaking at any time of the day and/or night.

Many believe that this historic place was inhabited by the people who fled from Troy. But archeologists have found that the city began shaping up around the 5th – 6th century AD.

Stories have it, that when barbarians invaded Rome, many people from the Venice mainland fled away. Though initially the settlements were temporary, the residents made it their permanent residence. Due to the marshy land, they had to think of other alternatives of a stable residence. They found it important to build houses on wooden platforms, which secured these structures. They further connected the islands with bridges, making it easier for them to commute. This kind of construction makes the city look like it is floating on water, thus christening it as Venice, the Floating City.

Despite the shifting soil underneath, the newfound Venice grew into an independent republic, known to the world as the Republic of Venice. This took place under the Duke or Doge of Venice, who promoted trade with Europe. They exported goods like silk, spices, grains, and other expensive commodities. He also built the Palazzo Ducale (Doge’s Palace), which is till date a must-see monument.

Eventually, Venice began to trade with other countries. Special trading rights with the Byznatine empire, made the city richer and independent within less than a century.

Financial losses and bad trade with the heir of Byzantine ended up in Venice getting pillaged. Further losses were incurred due to frequent trade wars with the Byzantines.

Other wars with Genoa, a trading rival of Venice in the 1380s, and several other attacks on this city, made it further vulnerable for others to erode whatever was left. To salvage the remaining, the city had to expand into other neighboring cities like Verona and Vicenza. Doing so restored the financial strength of the city.

With the fall of Constantinople, and the invasion of the Turks, began the decline of this power. A few victorious wars slowed the decline of Venice. Pope tried to intervene by placing Venice under the secular court. Venice won and forced him to back down. In this whole win-loose process, Venice lost its seaborne empire to the British and Dutch.

The Venice Republic saw the end of its independence in 1797, when Napoleon’s army forced the city to agree upon a democratic government which supported their pro-French agreement. Which, in other words, gave the French full authority to plunder what was left of the city.

Austria took over from the French. And under Austria, they enjoyed some peace after signing a peace treaty with Napoleon. But that too was short-lived. When the French waged war with Austria during the battle of Austerlitz, around 1805, Italy formed their own kingdom.

The city saw a year of independence between 1848-49. Around the same time, they were also linked to the mainland by a railway. Then the British invaders bled out some more of this beautiful city. This forced Venice to become a part of Italy and it has remained the same since then.

Till date, the city lies on a marshy base, on which it floats and has a constant threat of floods. However, many conservation efforts have been taken to preserve the architecture and beauty of this Floating City.

25th March 421 ― Venice was founded at 12 pm, by building a church dedicated to St. James and a trading post on the island of Rialto.
476 ― Fall of the Western Roman Empire
535 ― Byzantine Emperor launched the Gothic War.
568 ― Lombards invaded Italy.
828 ― Relics of Saint Mark arrived in Venice.
839 ― The peace treaty with doge Pietro Tradonico, led to the growth of Croatian sea power.
1105 ― Great Fire of Venice took place.
1171 ― Residents of Venice were ousted from Constantinople by the Byzantine emperor Manuel I Komnenos, leading to a war.
1172 ― Great Council of Venice was founded.
1182 ― The Roman Catholics of Constantinople dominated the city’s finances and trade. Thousands of Latins were forced to flee the city, many from the Genoese and Pisan communities were killed, and about 4000 survivors were sold as slaves. This was termed as the Massacre of Latins and it led to worsening of the relations between the Western and the Eastern Christian Churches.
1182 ― The city of Zadar rebelled against the Venetian rule.
1256 ― War with Genoa broke out.
1261 ― The Byzantine empire was re-established.
1348 ― Outbreak and spread of the Black Plague killed half the population of Venice.
1350 ― The Third War of Genoa broke out and it lasted for five years.
1378 ― The fourth (also the last) Venetian-Genoese War broke out, which lasted till 1381.
1404 ― Venice began extending its rule. Vicenza, Verona, and Padua became a part of Venice by 1405.
1484 ― The treaty of peace between Venice and the Ottoman Turks was confirmed.
1489 ― Cyprus was surrendered to Venice.
1509 ― Venice was defeated at the Battle of Agnadello.
1630 ― Plague broke out in Venice, claiming the lives of about one-third of its population in a year.
1645 ― The Cretan War began. It ended in 1669, with Venice having to lose Crete.
1684 ― Venice, allied with Austria against the Ottoman Turks, and the Morean War began.
1714 ― In December that year, the Ottoman Turks declared war on Venice.

With the French occupying the Venetian state up to Adige, and the Austrians capturing Vicenza, Friuli, and Cadore, the decline of Venice had begun. The year 1797 saw the fall of the Republic of Venice. After the Third Italian War of Independence, Venice became a part of the kingdom of Italy.

In the 20th century, the artesian wells had begun to cause the city to subside. The wells were banned in the 1960s, after which its sinking slowed. True, the city of Venice is under a threat of floods, but whether it is still sinking is debatable. In 2003, the MOSE project was introduced. It is an experimental model consisting of hollow floatable gates. (Pontoons that will be filled with air when floods are predicted. The air will cause them to float, thus blocking water from the Adriatic Sea.) 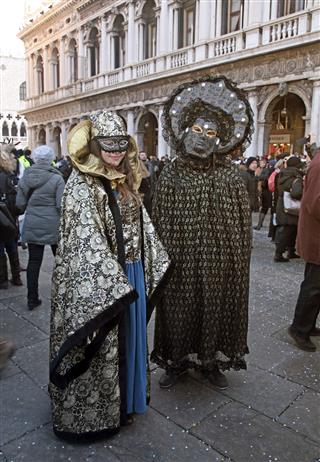 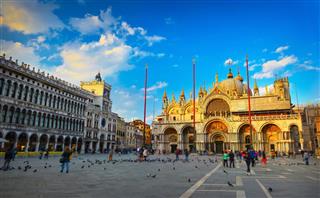 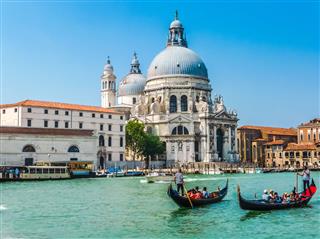 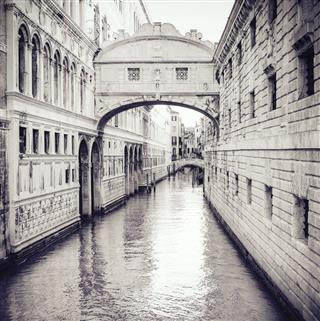 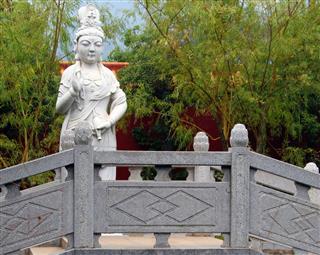 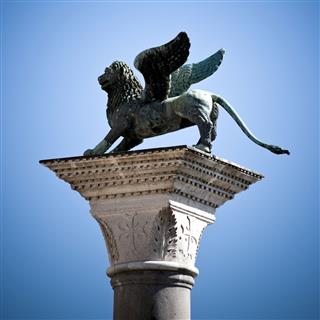 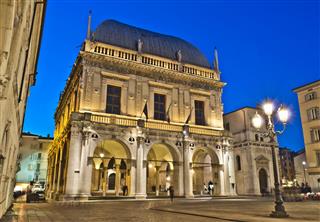 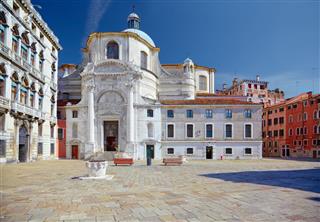 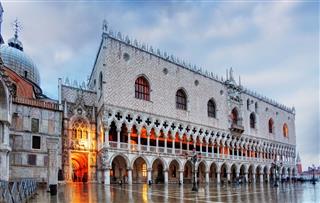