Intriguing Facts About the Assassination of Archduke Franz Ferdinand

We put forth some interesting facts about the assassination of Archduke Franz Ferdinand. This was the most high-profile assassination of the 19th century, for it triggered the worst conflict the world had ever experienced until then, World War I. 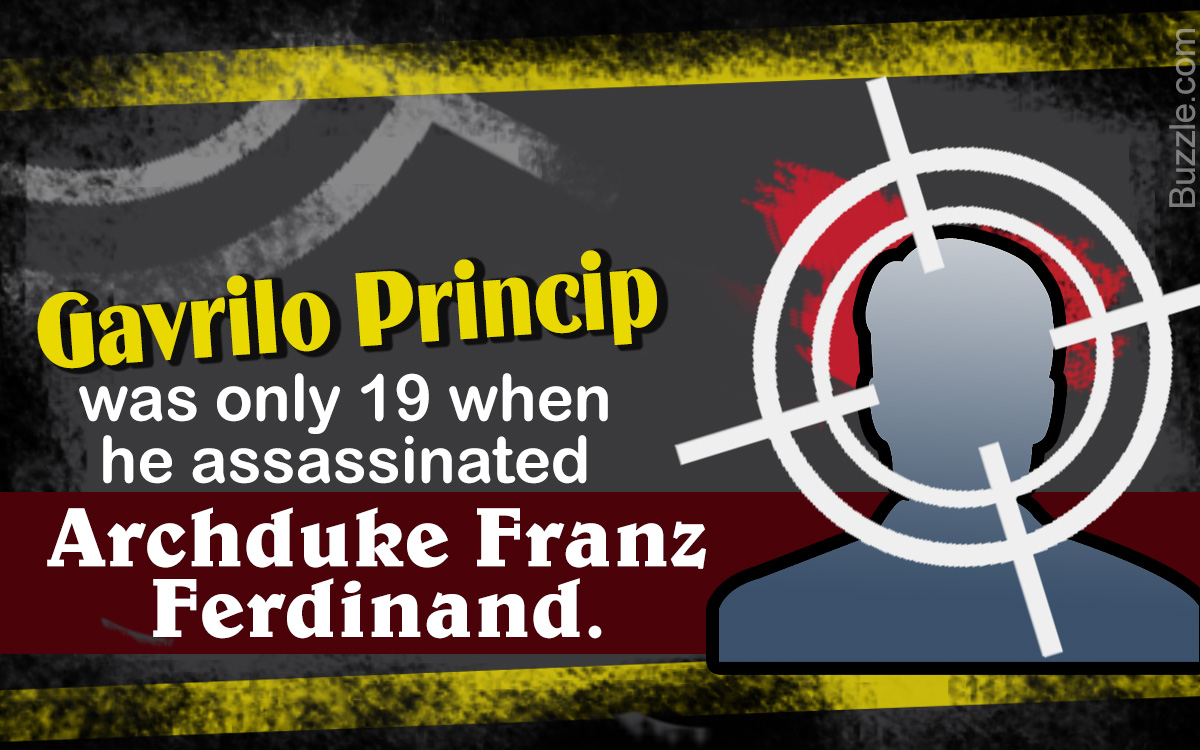 We put forth some interesting facts about the assassination of Archduke Franz Ferdinand. This was the most high-profile assassination of the 19th century, for it triggered the worst conflict the world had ever experienced until then, World War I.

In terms of geographic expanse, the Austro-Hungarian Empire was second only to the Russian Empire.

Speak of the causes of World War I, and you will come across plenty of them, right from imperialism to arms race, but the trigger … or the spark that kindled this fire was no doubt the assassination of Archduke Franz Ferdinand, the heir apparent to the Austro-Hungarian Empire. He was assassinated on June 28, 1914, in Sarajevo, Bosnia. Along with him, his wife Sophie was also shot dead by the assassin, who was later identified as Gavrilo Princip, a Serbian nationalist.

✦ Franz Ferdinand was born to Archduke Karl Ludwig of Austria and his second wife Princess Maria Annunciata of Bourbon-Two Sicilies, on December 18, 1863. He was the nephew of Franz Joseph I, the Emperor of Austria and King of Hungary.

✦ Franz Ferdinand married Countess Sophie Chotek on July 1, 1900, in what was a morganatic marriage. In morganatic or left-handed marriages, the husband’s titles and privileges are not passed on to wife or children as a result of the unequal social ranks of the bride and groom.

✦ Sticking to the royal tradition, Franz entered the army and went on to become a major general at the age of 31. He even led the 9th Hussar Regiment for a brief period. In 1913, he was appointed the Inspector General of all the armed forces of Austria-Hungary.

Facts About the Assassination of Archduke Franz Ferdinand

In June 1914, Archduke Franz Ferdinand was in Bosnia to observe the military maneuvers on the command from Emperor Franz Joseph. Little did he know that a squad of assassins was waiting for him on the streets of Sarajevo. Given below are some important facts about the famous assassination, which were overshadowed by the violence that followed in the form of World War I.

2. The assassin was 19-year-old Bosnian Serb Gavrilo Princip, who was associated with the revolutionary movement Mlada Bosna or Young Bosnia.

3. Princip had previously volunteered to join the Serbian guerrillas in the First Balkan War, but was rejected, as he was deemed too weak.

4. The assassination squad comprised six individuals besides Gavrilo Princip, and was backed by the Black Hand, a secret military outfit in Serbia.

5. The operation was overlooked by 36-year-old Dragutin Dimitrijevic, A.K.A. Apis, the head of the Serbian military intelligence, who had previously played a crucial role in the overthrowing of King Alexander I.

6. Franz Ferdinand was assassinated because Bosnian Serbs were afraid that after coming to power, he would give more autonomy to the Slavic lands, which in turn would hinder their dream of joining Serbia to form Greater Serbia.

7. Gavrilo Princip was inspired by 22-year-old Bogdan Zerajic, who had vowed to kill Emperor Franz Joseph in Sarajevo in June 1910, and killed himself after making an unsuccessful attempt on Governor Marijan Vareaanin’s life.

8. Before the assassination, there was a close attempt on the Archduke’s life, when a bomb thrown at the vehicle in which he was traveling bounced on the vehicle and fell on the street. The explosion killed six people and injured more than twenty.

9. The second and successful attempt took place when Franz Ferdinand was traveling to a hospital to see the people who were injured in the earlier blast.

10. In the aftermath of the assassination, Austria-Hungary blamed the Serbian government for the attack, and put forth ten demands to bring it on its knees. Serbia agreed to eight of these ten demands, but that was not good enough for Austria-Hungary. The Austro-Hungarians did declare a war on Serbia on July 28, 1914, but that was only after they got an assurance from the German leader Kaiser Wilhelm that Germany would support them if Soviet Union, which was on good terms with Serbia, and had the largest military force in the world back then, intervened.

One of the loaders fell down. This caused both barrels of the gun he was carrying to be discharged, the shot passing within a few feet of the Archduke and myself. I have often wondered whether the Great War might not have been averted, or at least postponed, had the Archduke met his death there, and not at Sarajevo the following year.

After marriage, Sophie became the Princess of Hohenberg, and eventually in 1909, her title was elevated to the Duchess of Hohenberg. However, a morganatic marriage meant she was denied royal status. She was not allowed to be by her husband’s side on public occasions. Ironically, she was by his side on the fateful day of June 28, 1914, as he was there in his capacity as a military leader.