The Real Causes and Disastrous Effects of the Korean War

The Korean war started on the 25th of June, 1950 and lasted three years till an armistice was declared on the 27th of July, 1953. It resulted in the death of three million people and caused massive destruction of property. The causes of the war were deep-rooted and the two most powerful nations of the world - Soviet Union, and the United States of America - abetted the two warring nations of North Korea and South Korea. 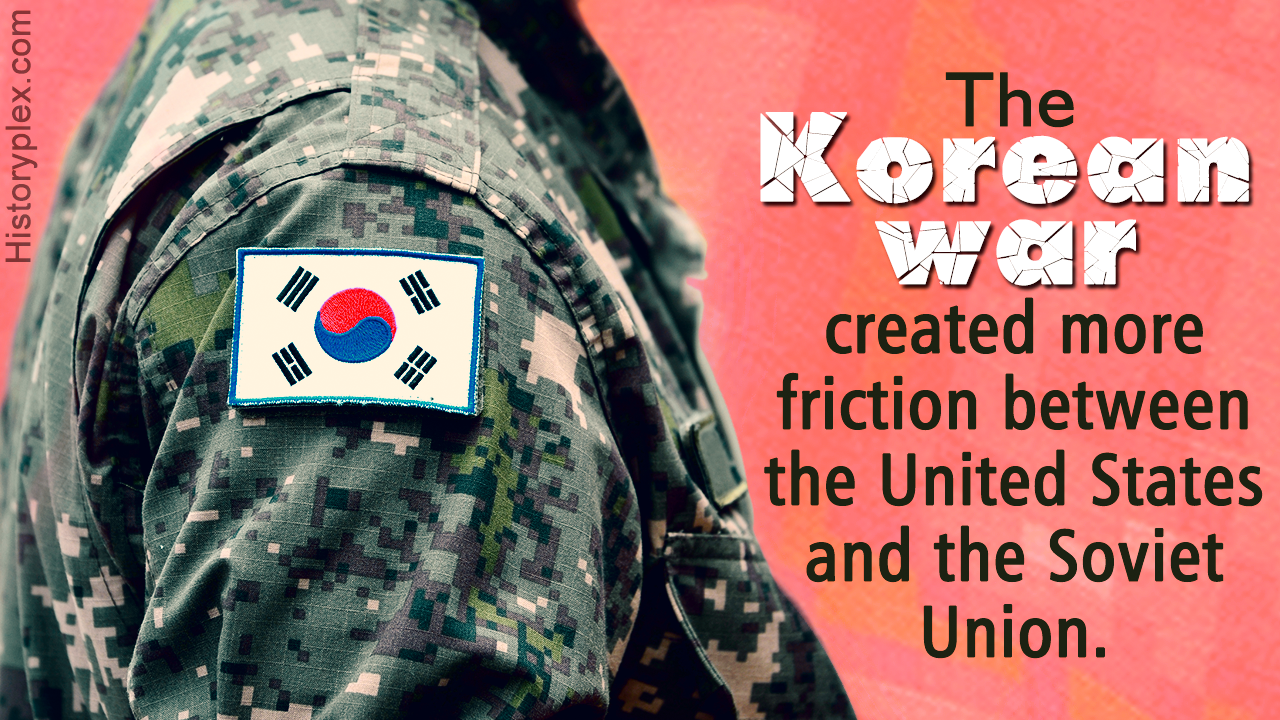 The Korean war started on the 25th of June, 1950 and lasted three years till an armistice was declared on the 27th of July, 1953. It resulted in the death of three million people and caused massive destruction of property. The causes of the war were deep-rooted and the two most powerful nations of the world – Soviet Union, and the United States of America – abetted the two warring nations of North Korea and South Korea.

Ever since the 7th century, Korea had existed as a unified country. However, after the Sino-Japanese war in 1894-95, certain parts of Korea were occupied by Japan. The Japanese conquered Korea entirely in August 1910, whereafter it remained a Japanese colony until the Second World War.

Causes
»The geographical latitude of 38°N, the 38th parallel, was used as the border between the regions. The juxtaposition of the Soviet, set on expanding communism, and the USA, trying their best to eradicate it, was always going to be fraught with tension. The UN tried to hold free elections in the whole of Korea in 1948, but this proposal was rejected by communists on either side of the 38th parallel. This further distanced the two sides.
»Kim Il-sung created a Stalinist regime, complete with the North Korean People’s Army (NKPA), stocked with Russian artillery and tanks. South Korea’s political situation was chaotic, and finally, US-backed Syngman Rhee presided over the first administration.
»Increasingly threatening skirmishes continued along the 38th parallel until 25 June 1950, when the NKPA invaded South Korea.
The War
»Amidst irrepressible attacks by the North, the USA sought intervention from the UN Security Council and were successful in branding North Korea as the aggressor. The member states of the Security Council rushed to South Korea’s aid. Chief among these was Britain, who sent in some of their Far East Fleet as well as the Commonwealth navies.
»The NKPA was heading for the strategically important South Korean port of Pusan. However, they were thwarted by the 8th United States Army in Korea, led by General Walton Walker, as reinforcements from Britain and Australia started to arrive.
»The UN army set up a perimeter around the tip of the Korean peninsula, called the Pusan Perimeter and resisted repeated attacks from the NKPA in Daegu (then spelled Taegu), Masan and Pohang.
»In mid-September, the UN forces captured the undefended port of Incheon and forced the invading NKPA back north. China, fearful of the UN army’s proximity to their Manchurian border (the UN force hadn’t actually crossed the Chinese border), indicated that they would intervene to defend their territory.
»The Chinese attack in November forced the UN troops well south of Seoul, the capital of South Korea. However, by May 1951, having withstood the spring offensive from China, UN forces were successful in pushing the NKPA north of the 38th parallel.
»While peace talks carried on until 1953, both the armies went on the defensive, concentrating on not allowing the other party control over strategic areas rather than another incursion on to enemy territory. Armistice was declared in 1953.
Effects
»There were several casualties on both sides, though the exact figure may never be known. The Korean War created more friction between the United States and the Soviet Union.
»The feeling of enmity between China and the United States lasted for decades. Families were split with relatives on either side of the border.
»This war made the United States truly aware of the “falling domino” effect of communism.
»South Korea became an important US military base with thousands of American troops stationed there.
»In spite of the 1953 Armistice, a Peace Treaty was never written, and the inability of the two sides to resolve their differences has meant that the two Koreas have had to remain in a battle-ready state ever since.
»North Korea has carried out a controversial nuclear test and several ballistic missile tests, keeping South Korea, Japan, USA (Hawaii) and China in their missile range.

Today, South Korea has become a major economic power, while North Korea is a poverty-stricken nation with military rule. On 4 October 2007, South Korean President, Roh Moo-hyun and the North Korean supreme leader, Kim Jong-Il signed an eight-point peace agreement on issues of permanent peace, economic cooperation, diplomatic talks and renewal of road, air and train services between the two countries. It is hoped by the masses that these overtures would one day result in the unification of the two nations. 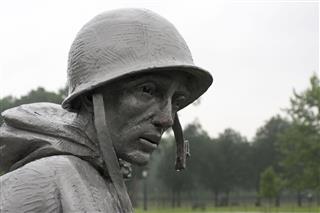 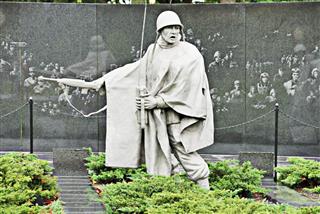