The Most Significant Causes and Effects of the French Revolution

This article presents the causes and the consequences of French Revolution...

This article presents the causes and the consequences of French Revolution…

It is said that whenever France sneezes, Europe catches a cold. After their great revolution of 1789, France was the acknowledged leader of the progressive opinion in Europe. It became the focal point of attention in Europe even after the congress of Vienna. The French made several constitutional experiments till the establishment of the third Republic in 1871.

Causes for the Revolution in 1830:

The congress of Vienna restored Louis-XVIII as the king of France. He realized that the restoration of old order was impossible. He accepted to be a constitutional monarch and gave a charter to the people. A parliament of two Houses elected by a limited body of voters was granted. But the Royalists who were in a majority in the Legislature wanted to restore monarchy to its old order. Under their influence, the king began to introduce certain reactionary reforms. The Tricolor flag, a symbol of revolution, was ordered to be given up as a National flag. He imposed heavy censorship on press. Conditions grew worse with the accession of Charles X to the French throne. He was highly reactionary and an ardent supporter of old regime.

The 1830 revolution raised National spirit in the countries like Belgium, Germany, Italy, Spain, Portugal and Poland. They led movements for achieving National Independence.

The 1830 Revolution ended the rule of Charles X over France, and Louis Philippe of the Orlean dynasty was placed on the French throne. Louis Philippe ruled between 1830 and 1848. It was in Luis Philippe’s period that yet another revolution occurred in France.

Causes for the Revolution:

1. Louis Philippe’s Responsibilities:
Louis Philippe has several liberal views. He called himself, “People’s King” and he owed his existence to the will of the people. He lived a simple life. By the time of his regime several political parties have come into existence in France. They were Constitutionalists, Royalists, Republican and Bonapartists. He tried to rule like a moderate, so that no party would go against him. He tried to rule like a constitutional monarch of the conservative type. He failed to change with the times and it was this weakness of his, which compelled him to abdicate the throne. He placed himself under the influence of Constitutionalists. This made the Royalists, Republicans and Bonapartists to dislike him. In his urge to develop the industries in France, he gave lot of patronage to the upper middle-class, and the Constitutionalists. Therefore he earned opposition from all other sections of the society.

2. Dissatisfaction among Republicans:
Republicans were the real people who were responsible for the success of 1830 revolution. They aimed to set up a republic for France. But the enthronement of Louis Philippe fluctuate their objective to set up a Republic. The Republicans continuously tried to oust the monarchy.

3. Reform Party:
This party demanded the extension of the suffrage and limitation of royal power. But Guizot, the King’s minister refused to accept any demands. Guizot had made the French Government conservative and reactionary. He ran the government by means of political corruption. The conscious and intelligent people felt disgusted with the affairs of the state and raised their voice for reforms.

4. Growth of Trade Union and Working Class:
The promotion of Industries brought about the growth of working class and trade union organization. Louis Philippe not only failed to bring about implementation of effective welfare measures to the working class but also tried to suppress the growing working class consciousness. His foreign policy was one of non-intervention, poor, and timid. This brought the national pride to a very low level.

5. Birth of Socialist Party:
Dissatisfied with the government policies, a new party came into existence. The members of the new party were called socialists and their leader was Louis Blanc. Their demands included providing work to every person, elimination of private capitalists, and free competition for economic growth.

Effects of the Revolution:

In February, the patriotic Italians of Milan and Lombardy rose in revolution and routed Austrian Army. Venetians also freed themselves from Austrian yoke with the help of Sardinian king Charles Albert. Nationalists of Parma, Modena, and Lombardy also joined Sardinian Army and declared war against Austria. In the War, Charles Albert got defeated in the hands of Austria and once again the Northern States of Italy went under Austrian rule.

On hearing the outbreak of revolution of France in 1848, all over Germany excitement ran high and people forced their rulers to grant constitutional reforms. Nationalists of all States of Germany convened a National Parliament at Frankfurt. They formed a new constitution and Frederick William-IV was elected as the ruler of United Germany. 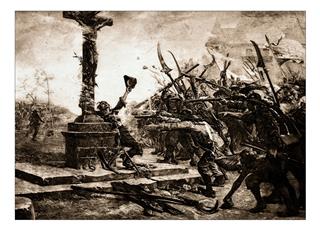 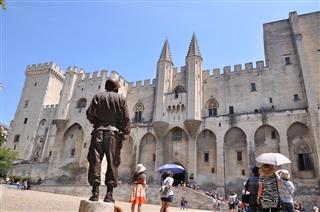 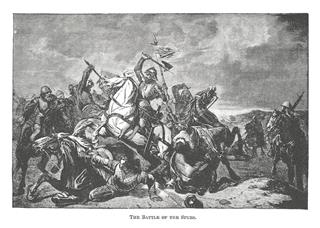 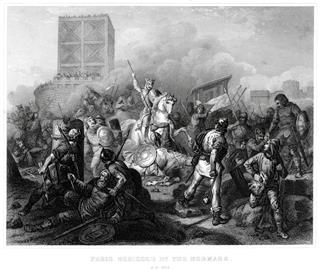 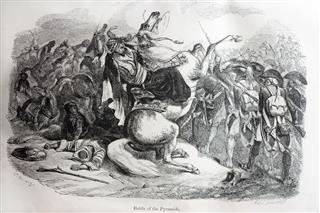 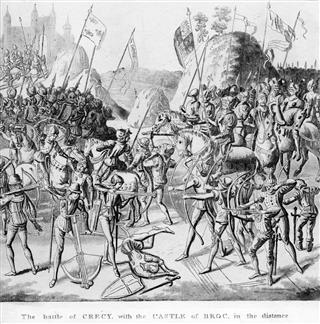