Whether Celtic style love knots are found in tattoos or jewelry, they always stand out because of their intertwining and seemingly never-ending patterns. However, besides looking beautiful, they also have a significant meaning. This article deals with the significance of this knot.

Whether Celtic style love knots are found in tattoos or jewelry, they always stand out because of their intertwining and seemingly never-ending patterns. However, besides looking beautiful, they also have a significant meaning. This article deals with the significance of this knot. 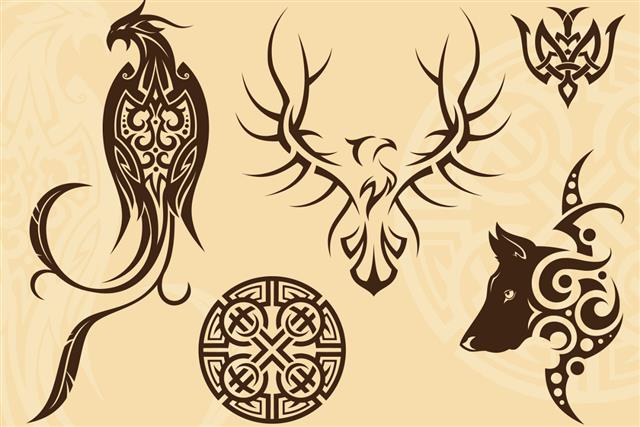 The magic and mystique of a Celtic knot with their beautiful and intricate interwoven patterns are undeniable. Celtic knots are an Irish symbol that has made a mark on popular artifacts, from designer Celtic jewelry to tattoos. Celtic knots are perhaps the most identifiable symbol of Celtic art and culture. The most remarkable and mesmerizing quality of a Celtic knot design is that they have no end or beginning. There are different types of Celtic knots. The most popular type is the Celtic style love knot. Besides looking extraordinary, they also have specific meanings depending on their designs.

Celtic knot work originated in the third or fourth century in the artwork of the Roman empire. After 450 A.D. the Celtic form of art was used by early Christians to decorate their manuscripts adding depictions from life such as animals and plants. However, it is believed that Celts were forbidden from using animals, plants, or human forms in their artwork and therefore, the complicated and intricate Irish Celtic symbols consisting only of geometric designs were created. Celtic knot work has also been compared to plaits or braids which are designs made from interwoven cords.

The actual meaning of Celtic symbol knot is debatable. The reason for this is that today most people have adapted these knots to represent their version of Celtic style love knot. These knots that are popularly known as the eternity knot represents the union of two souls by interweaving two individual strands. They are commonly used in Celtic wedding rings which portray two unbroken loops that intertwine and are inseparable from each other. They also symbolize the never-ending cycle of life with their intricate and interwoven patterns that have no end or beginning. The crossings in a love knot often depict the spiritual meaning of life. Despite the traditional belief that animals should not be used in any Celtic knot, many times Celtic style love knots have animals interlacing the knots.

The triple drop Celtic style love knot is made, as the name suggests, using three strands, each of which is an embodiment of the three most powerful forces of nature – earth, water, and fire. The continuous line represents unity, strength, spirit, and being.

The Celtic round love knot has a circle which represents the orbit of the sun along with the three interweaving lines that represent the three forces of nature i.e., earth, water, and fire. This knot is one of the most admired and common Celtic style love knot tattoo designs.

This Celtic style love knot is a common Irish Celtic symbol which represents the four seasons of the year that are interdependent on each other with the help of four distinct interlocking circles. Also the double lines found on the edges of these interlocked circles signify the love between two people.

The Celtic square love knot is made of a single line that runs all along the four sides. It is usually found on many wedding rings as it is a representation of loyalty.

These were the different significance to Celtic style love knots. Though the meaning of different love knots has evolved over the years, their surreal beauty and universal appeal has always been permanent, which is the reason for it being found on jewelry, tattoos, and a variety of other means of self-expression.