The Powerful and Spiritual Symbolism of Dragons in Japanese Culture

Dragons hold a great deal of importance and significance in various cultures of the world, with their names being mentioned in quite a lot of legendary, mythological works. Specially in the eastern parts of the world, these magnanimous creatures are seen as a positive inspiration. Historyplex gives you a brief insight on the symbolism of dragons in Japanese culture.

Dragons hold a great deal of importance and significance in various cultures of the world, with their names being mentioned in quite a lot of legendary, mythological works. Specially in the eastern parts of the world, these magnanimous creatures are seen as a positive inspiration. Historyplex gives you a brief insight on the symbolism of dragons in Japanese culture.

“A dragon king was once said to live in a pond at Shinzen’en, the imperial garden of Kyoto, Japan. During times of drought, Buddhist monks held ceremonies there to persuade the dragon king to rise and bring rain.”
― American Museum of Natural History

What image comes to your mind when you think of dragons? Huge fire-breathing creatures with great wings that reside somewhere under the mountains or volcanoes, and instill terror in the hearts and minds of those who encounter their ferociousness? Well, our perception of these mythical creatures is greatly influenced by media and artwork that we have seen so far. A dragon could be quite like Smaug in the Hobbit movie series, or Draco from the 1996 movie ‘Dragonheart’. Well, while the former is quite the Western depiction of a dragon, the Eastern perception is pretty much like the depiction of this creature in the latter movie.

Strong, mighty, and powerful, yes, but they are not the monsters that devour mankind and are greedy for gold and power. In Eastern cultures, dragons are more of the powerful and wise guardians that protect people from universal dangers and impart wisdom to those who are successful in pleasing them. Yes, Japanese dragons are associated with rainfall and water bodies of the world, thereby having full control on the harvest, which is the symbolism of wealth and prosperity. This is the reason why the monks held rituals to please them to get relief from droughts. But this is not all that this water god symbolizes in Japan. The following section discusses furthermore on the significance of dragons and the legends and myths associated with their symbolism.

Symbolism of Dragons in Japanese Mythology

A lot many commonalities or links lie between the legends associated with dragons in Japan, China, and India. Their stories come from the ancient texts from both Hinduism and Buddhism. But, one must not get confused between Chinese and/or Indian dragons and Japanese dragons as they are depicted quite differently in art. For instance, a Japanese dragon looks more like a serpent without wings. On the other hand, the Chinese and/or Indian dragons have wings. Another point of difference is the presence of scales and spines in the Japanese dragon, which are often not seen in the other two. So, yes, Japanese dragons are more like the water creatures with scales and spines rather than the wing-bearing, fire-breathing dragons that are depicted in most movies, books, and other forms of media. The following are the various meanings associated with 日本の竜 Nihon no ryū, the Japanese word for a dragon.

Dragons are shape-shifters and can turn into humans to mate

Carving of a dragon on a stone in Japan

The Japanese believe dragons have the power to transform into any shape and size. Therefore, these creatures are symbolic of magical powers, transformation, and adaptability. Furthermore, accredited to their ability to shape-shift, it would be nearly impossible to catch hold of them in their true form, which derives a sense of mysticism in their existence. In fact, you would be surprised to know that it was because of the transformation tendencies of dragons, that Japan got its first ruler. The next point elaborates on it further.

Kashihara Shrine where the first Emperor of Japan, Jimmu, acceded to the throne

The legendary Emperor Jimmu was the descendant of Princess Toyotama-hime, the daughter of Ryūjin, the Dragon god. According to legend, she transformed into a human and married a hunter named Hoori no Mikoto and had a son from the union. This son after growing up, married and had four sons, and one of these four sons went on to become the first emperor of Japan. Therefore, dragons symbolize royalty, imperial power, honor, and prestige―the qualities that a ruler has!

Dragons are guardians of Buddha

Dragons have been associated with gardens and Buddhism. The book titled, ‘Tenryu-ji: Life and Spirit of a Kyoto Garden’, written by Norris Brock Johnson, mentions the instance when the seven-headed dragon/serpent protected Buddha from wind and rain for seven days. When Buddha was meditating in Lake Mucilinda, a seven-headed Nāga saw Buddha’s light, and so he came on the surface. He was so delighted by the sight that it started raining for seven days. Therefore, this dragon curled his seven hoods over Buddha and protected him throughout. He also promised to protect these lands and govern the workings of Buddhist laws. This is the reason why dragon statues are commonly seen in Buddhist temples and shrines. Therefore, dragons also symbolize abiding by the Buddhist laws, protection, and honoring a promise.

Symbolism: Knowledge, Wisdom, Music, and Everything that Flows

This Buddhist goddess, known to have been originated from the Indian goddess named Saraswati, is believed to be the third daughter of a dragon king of Munetsuchi, as noted by a Japanese Buddhist monk named Kōkei in the historical writing called Enoshima Engi. Her shrines are located in the Enoshima island and she is often depicted riding a sea dragon. A legend states that she had married that sea dragon to save the island from wrath. She is associated with music, literature, knowledge, wealth, and everything that flows, including waters and seas, thereby, making these also the symbolism associated with Japanese dragons.

Dragons are the bearers of the yang energy

Dragon with a Japanese woman

Dragons are the ultimate representation of the yang, or masculine energy which is associated with leadership, activity, and creativity. Their ultimate rival is considered to be the phoenix, which is the symbol of femininity. However, when these two unite, it symbolizes the perfect balance required to attain marital bliss. Also, as mentioned earlier, the masculine energy of the dragon is associated with the Emperor, which furthermore accentuates this symbolism.

A dragon holding a crystal or pearl in its claw

Dragon holding a red crystal in its claw

It is also believed that the symbol of a Japanese dragon holding a crystal or a pearl in its claw represents wealth, success, power, and prosperity. Keeping this symbol in the east side of your house will attract all of this in your life. As mentioned earlier, the dragon is also the controller of the winds and waters, therefore, having power over the harvest, which is synonymous with abundance in earnings and wealth.

If we dig deeper into the ancient Japanese manuscripts, we will undoubtedly come across a lot many tales associated with dragons and their powerful influence on the lives of the mortals. While widely believed to be nothing more than a myth, some stories do force us to believe that perhaps these creatures aren’t mythical at all. For instance, why would Buddhism claim on the existence of a guardian dragon? With the tales of these godly creatures being widespread globally, not just Asia, there might be a possibility of it all being true, and we humans just being unaware of this other world that exists with our own!

No matter what the reality between these legends may be, the symbolism mentioned above are enough to inspire us in our lives and learn from these beings. Indirectly, they are doing what legend claims them to do―impart wisdom to those who believe in them. 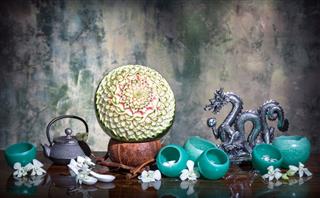 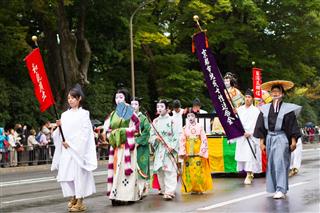 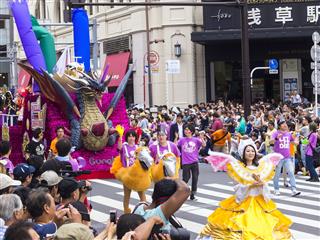 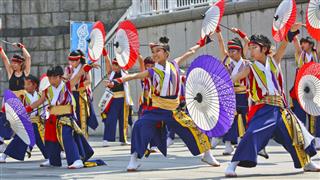