The Fascinating Myths and Meanings Associated With the Eye of Ra

There are several myths associated with the Eye of Ra, all of which can be interpreted to give it the meaning it holds in popular culture today. Its most obvious and common symbolism is its ability to act as a protective power against evil spirits. Because of this, it was commonly seen in artifacts, with mummies, and in jewelry (as a protective amulet).

There are several myths associated with the Eye of Ra, all of which can be interpreted to give it the meaning it holds in popular culture today. Its most obvious and common symbolism is its ability to act as a protective power against evil spirits. Because of this, it was commonly seen in artifacts, with mummies, and in jewelry (as a protective amulet).

The US one-dollar bill sports the Eye of Providence (also called the all-seeing eye of God) on the reverse of the Great Seal of the United States. The origin of this symbol can be traced back to the Eye of Horus (or Eye of Ra).

The mystery of ancient Egypt, its symbols, legends, and facts are all intriguing. One of the most common symbols that has found its place in modern day as well is Eye of Ra (the right Eye of Horus). Popularized as a tattoo symbol, worn as an amulet, and depicted in other traditional artifacts, the Eye of Ra holds a unique meaning and symbolism. It stands for wisdom, healing, and royal power.

An Egyptian hieroglyph depicting the Eye of Ra

Ra is the right Eye of Horus, and is also the Sun God and the king of Gods in ancient Egyptian mythology. It is thus, sometimes called the ‘all-seeing eye’ (not to be confused with the Eye of Providence).

In ancient Egyptian mythology, the Sun is awarded the greatest importance and occupies the highest level in the sky, from where it can keep an eye on the entire universe. This could then make it a symbol of protection and knowledge.

The ancient Egyptian god, Ra, is depicted as a falcon with a sun disk on his head, that is surrounded by a cobra. This cobra is Wadjet, the goddess of Lower Egypt, and was also called the Eye of Ra or the daughter of Ra (according to one myth). Depicted as a cobra, she is seen placed next to her sister, Nekhbet, who is depicted as a vulture.

The placement of the cobra, known as the Uraeus, on the crown of all Egyptian pharaohs, was meant to protect the kings and aid their destructive powers by spitting fire. She was thus, an agent of protection. In another interpretation, because this is a symbol of royal power, and the king is meant to be the protector of the land and his subjects, the Eye of Ra becomes a symbol of protection and wisdom.

The mask of Tutankhamun

Legend has it that at a time when Tefnut (the goddess of water) and Shu (the god of air) – his twin children – went missing in the waters of Nun, Ra sent his daughter (Wadjet) as his eye to find them. When she brought them back, Ra was elated. As a reward, he placed her on his head in the form of a cobra, keeping her close to him making her his protector.

A carving of Sekhmet, the lion-headed warrior goddess

Sekhmet, the lion-headed warrior goddess of Upper Egypt, was also sometimes referred to as the daughter of the Sun God, Ra. She is also depicted with the sun disk and a cobra that adorns her head.

One myth tells us that Ra, the aging pharaoh of Egypt, was no longer respected by his people because of his growing weakness. In an attempt to restore his waning power and punish his people, he sent his daughter Sekhmet to avenge his lost respect. She unleashed her wrath on mankind, which resulted in immense bloodshed.

Seeing the loss of humanity and the magnitude of destruction caused by Sekhmet, Ra decided to stop her from continuing with this bloodbath, but her lust for blood could not be quenched. To stop her, Ra had beer stained with red ochre poured on the fields. She consumed what she presumed to be blood, and went into a drunken slumber, thus stopping her rampage. Thus, the Eye of Ra has assumed a symbol of aggressive personal protection that will stop at nothing to protect you.

However, this very myth may also be interpreted to portray the Eye of Ra as an evil force and destroyer of the world. This aspect though, has never gained strong base, and to this day, the symbol is tattooed, worn, or placed in homes for its alleged protective powers from the evil eye, and its ability to endow its wearer with wisdom and good health. 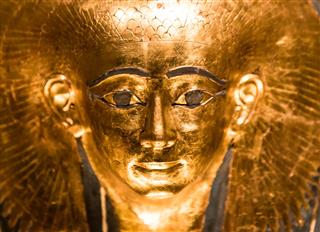 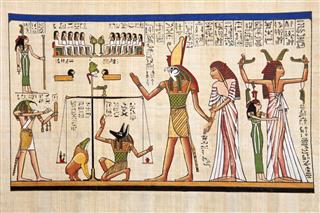